The Americans encourage creative writing about angling. Those who can encapsulate why we go fishing, rather than the mere capture of fish, are paid handsomely for their talent and so the US produces some delightful writers like John Gierach, Tom McGuane and James Babb.

Chris Yates with his net

Here I sit, surrounded by bits of vintage cane, and I know there are several corners in this house that have yet to receive their proper quota.

But as those who have tried to sell such writing to a UK publisher well know, the concept is largely viewed with suspicion. You only need to skim through the weekly angling magazines to see how few get past the how-to-catch-‘em gatekeepers. One man has broken through this barrier: Chris Yates.

His name alone is enough to produce crowds at book signings. Yates memorabilia, whether it’s a battered old reel, a float or a teacup, has collectors clamouring. A postcard that he wrote to Rod Hutchinson, saying that he had broken Walker’s carp record, sold for over £600 in an auction back in 2001. Goodness knows what someone would pay for that now. 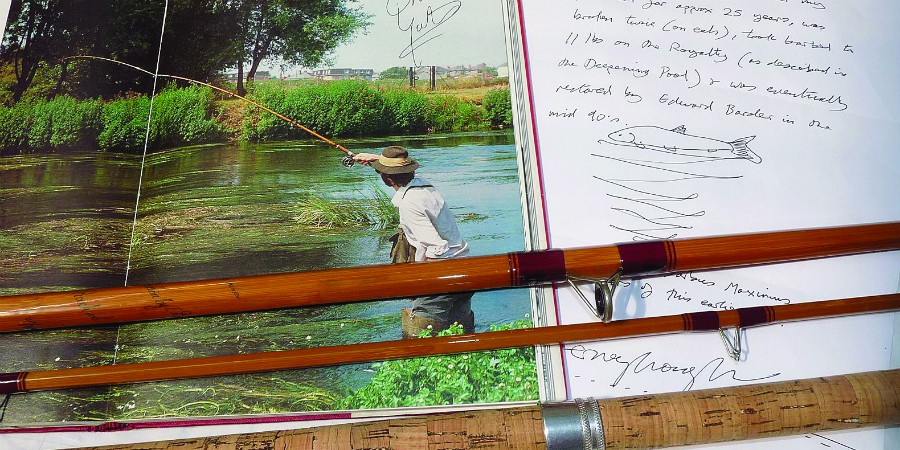 He is also adored for his role in the seminal ‘A Passion for Angling’, created by the great film-maker Hugh Miles. (Who can forget that image of Chris dressed as a scarecrow to deceive Redmire carp?)

Many assumed he was asked to play the part of an eccentric for the television series, but he’s truly like that in real life: a tall, shambling figure with a gentle nature and a true love of fish.

His Wiltshire garden, appropriately enough, is a haven for slow-worms. He hates getting up early, even for fishing, and he wrote all his early works in longhand with a fountain pen.

Redmire, the small Welsh water where he broke Dick Walker’s record with a 51lb 8oz fish in 1980, is the fishery most associated with him, and where some of his finest writing was done (with a pen and ink, of course).

But as his range of work illustrates, he’s great deal more than a carp fisher, and more recently, he’s fallen in love with bass fishing, as his book ‘Out of the Blue’ shows.

He’s also a charming, untidy and unselfish person. He generously donates several personal items each year to causes like the Avon Roach Project.

And it’s said that he actually caught a carp marginally bigger than Walker’s in 1972, but recorded it at 43lb 13oz 8dr because of his admiration for Dick and what he had achieved.

How’s that for generosity of spirit? Of course, he was rewarded eight years later with that record 51-pounder.

Organised is not an adjective that springs to mind with Chris. ‘The Lost Diary’, published in 2013, is fishing diary between April and September 1981. It came to light because his son found the diary, presumed lost forever, in an old box of Christmas decorations.

Nor will you see him with the latest rod, a £500 reel, secret boilie mixes. As he once wrote: “Eventually I had the choice of two rods: one long and slickly finished, which I was proud to use, the other short and tatty, which caught all the fish.” I don’t think he owns a bank-stick.

For several years, Chris was listed as co-editor of the magazine ‘Waterlog’, but found the pressure of writing to a deadline was inhibiting his creativity. He has also presented several BBC radio documentaries with titles like 'The Case of the Missing Burbot'.

Admirers of his work will argue for hours about his best writing. His first book was Casting at the Sun (1986), which he dedicated to Walker, calling him “an angler more complete than Walton”. It had a foreword by BB, who wrote of Chris: “He is something more than a fisherman.”

This book was very much about carp fishing, but his second, ‘The Deepening Pool’, showed that he could write just as emotively about barbel, chub, perch and other fish.

It covered other subjects, like split-cane and centrepins, and perhaps captured the essence of an angler as well as any book has ever done. This is him writing about the tackle strewn about his cottage. “Here I sit, surrounded by bits of vintage cane, and I know there are several corners in this house that have yet to receive their proper quota. I reassure the lovely person who sometimes threatens these rods with a Hoover that I have acquired them simply because I like the look of them.”

Chris Yates, of all UK writers today, transports you on to the bank and puts down in words those senses, sounds and the pleasures of angling, the sensations that we all struggle to convey to those who don’t fish. 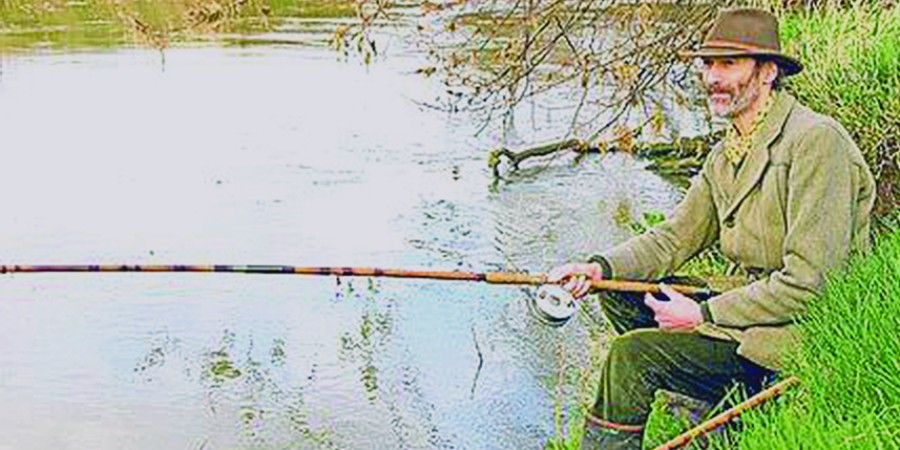 He is one of that elite pantheon of fishing writers who is widely read by those who wouldn’t know which end to hold a rod, such is his magic with words.

Yes, we fervently wish he wrote more. But his output offers quality rather than quantity. Which would you enjoy more?