Like fellow angling writers Denys Watkins-Pitchford (BB) and John Bailey, Charles Rangeley-Wilson was a qualified teacher who eventually left the profession to make a successful living as a writer, photographer and conservationist.

I’m interested in rivers, the sea and all things fishy, natural and cultural history and landscape. And because all these things come together in... the best waste of time ever invented – fly-fishing – I often write about rivers and fishing.

Modern angling owes a great deal to Charles Rangeley-Wilson. Most notably, in 1997 he was a founder member of the Wild Trout Trust, and he's still a vice-president to this day.

The Trust is now the major force in improving the habitat for trout across the British Isles and the fact that it is seen as the UK equivalent to the US group Trout Unlimited is in large part down to the work that Charles devoted to the organisation in its early years. 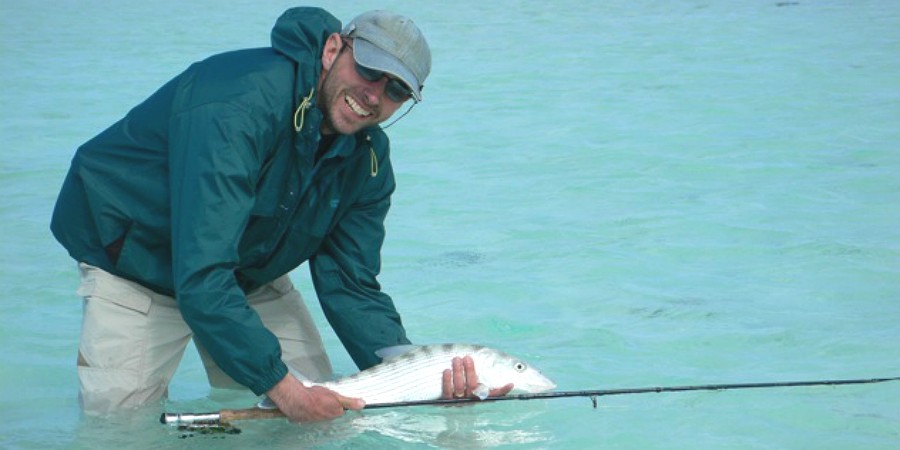 He has done a great deal to publicise the virtues of angling, both in print and on television, where his series ‘The Accidental Angler’ had prime-time viewing on BBC2. He made another film for BBC4, ‘Fish! – A Japanese Obsession’ about the cultural relationship between the Japanese, fish and fishing, which received excellent reviews and included a rock band with a large following that sing only about tuna while wearing tuna masks. 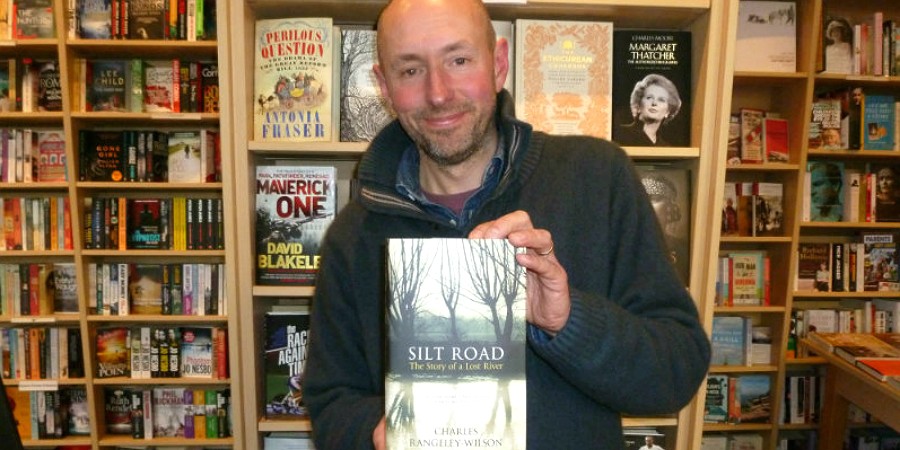 He regularly writes for ‘The Field’ and won the Periodical Publishers' Association's specialist writer of the year award for his work.

You'll also find his writings in ‘The Times’ and ‘The Daily Telegraph’ as well as ‘Gray's Sporting Journal’ in the US.

Charles was born in Africa, moved back to England as an infant and took a degree at The Ruskin School of Drawing and Fine Art, Oxford University. He started working life as a teacher and spent 10 years teaching art, but switched to making a living as a writer, photographer and conservationist.

In recent years, he has worked with WWF UK to promote more sustainable water management in chalk streams. In 2011 he helped to found the Norfolk Rivers Trust, which promotes river conservation in his home county. He is the organisation's technical and projects advisor. He is also an Ambassador for the Angling Trust.

The best waste of time ever!

Charles says of himself: "I’m interested in rivers, the sea and all things fishy, natural and cultural history and landscape. And because all these things come together in rivers and also in the best waste of time ever invented – fly-fishing – I often write about rivers and fishing too."

He has travelled widely in recent years, from Canada to New Zealand, probably his favourite place in the world to fish. His travels have included a trip to the Rangeley lakes in Maine to fish in the place that bears his name, where he fished with... a Rangeley fly.

His favourite book, he admits, is probably still 'Somewhere Else', the first one he wrote. It probably shows his style as well as anything he's written. Like all the great writers, his stories are not obsessed with monster fish caught and lost. Instead, he's fascinating by being in interesting places with fascinating people.

He has a very sharp eye for the offbeat, especially for dialogue that really puts you in that situation, and it's done with a wry sense of humour. Here's an example. He's been skunked on the New Brunswick's Miramichi, day after day, when another angler comes in with a 32lb salmon, a huge fish for the river.

"After lunch their guide played a tape on their track radio that he thought I might find funny. It was the Miramichi river guide's song, called 'You should have been here last week'. How I laughed."

In 2014 he published ‘Silt Road - The Story of a Lost River’, which explores the layers of history that make a place, told through the history of a small chalkstream and the men whose lives the river shaped.

Charles' most recent work was 'Silver Shoals' in 2018. He describes it as a "slightly quirky" history of Britain told through the stories of five fish: cod, carp, eels, salmon and herring. He travels the length and breadth of the British Isles learning, amongst other things, how eels built our monasteries, how cod sank the Spanish Armada and how fish and chips helped us through two world wars.

True, almost all his writing is about various aspects of fly-fishing. But there are very few who do so with such verve.