What was the thinking behind the original close season for coarse fish? The story goes back to 1878 and the passing of the Mundella Act.

Fishing on the Shropshire Union 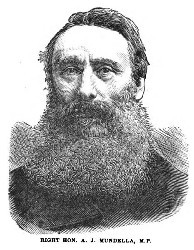 The man behind this legislation was Sheffield’s Thomas W Guest, who at a great anglers meeting in the 'city of steel' said, "There are about 7,000 anglers in this great city, and we are desirous that Mr AJ Mundella, the (Liberal) member for Sheffield, should do his best to carry through Parliament a bill that will provide a time which will permit of freshwater fish completing the procreation of their species in peace and quiet."

The Sheffield lads originally wanted the months of March, April and May 'fenced off', according to the species of fish. For example, no taking of barbel or carp in May or June. 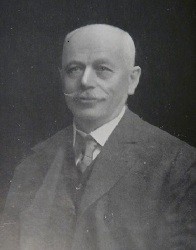 Philip Geen had travelled north to this meeting and there he said, "In Mr Mundella, a gentleman of undoubted ability, and highly respected on both sides of the House, the humble classes of anglers had now found a champion who, at the request of his constituents, had undertaken to put a stop to the wanton and mischievous waste of the piscine resources of our freshwater lakes, river, ponds, canals and streams."

I believe more is owed to that angling stalwart and long-serving president of the London Anglers Association, Mr Philip Geen, than has been credited. He went to great lengths to obtain assurances that Sunday angling would not be prohibited in any bill put to the house, for Sunday was the only day when the working man had the opportunity to go fishing.

Sadly, bitter disagreement between Sheffield and London over the closed period led to awful rancour and delays. Unfortunately the experts of the day differed as to the exact periods for the different species of fish. Guest stayed in London at Geen's house and visited a number of London clubs to ascertain their views, which incidentally did not agree with the London Piscatorial Society proposals. London had a weight of evidence gleaned from testaments given by prominent anglers of the day, such as Greville Fennell, Francis Francis and 'Nottingham' George Holland of Windsor.

At the request of Sheffield, Geen went north again to explain the differences between London and Sheffield’s ideas on the 'fence season', as it was called. He had originally gone to persuade Sheffield to agree to London’s ideas of April, May and June, but from the crowd several voices cried, "Split the difference, and make it 15 March to 15 June" and so the dates were unanimously agreed. Not a very scientific approach for such an important piece of angling and conservation legislation. 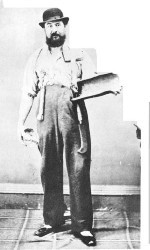 A second meeting took place at the Society of Arts rooms in London where, amongst a huge assembly of piscatorial notables, were Spencer Walpole, Frank Buckland, HM Inspector of Fisheries, and of course, Mr Mundella.

Unbeknown to the London anglers, a change to the draft bill had already taken place. The Sheffield anglers, who had apparently changed their minds, convinced Mr Mundella to have all of March, April and May closed. It was thought this fell roughly in line with the 'fence' months observed on the Thames and other waters near London. However, this was not the case.

Geen refused to take the platform with the bill’s proposers because it would rob him of his chance to argue London’s case. The day was won by the chairman putting forward a proposal to split the difference. It was carried unanimously (for the second time) and so the present close season of 15 March to 15 June was born.

By the introduction of the Freshwater Fisheries Act of 1878, those unattached anglers, poachers, illegal netters, wrongdoers and of course club members and honest anglers were all 'landed in the same net'. The Thames Conservancy soon followed with new fishery byelaws to fall in line with the rules incorporated in the new Fisheries Bill.

So, you can see, more than 100 years ago there was no consensus over the best months to cover the spawning habits of fish. In reality this was never about allowing the fish to spawn naturally. It was to protect coarse fish from the illegal netting, poaching and existing rules and regulations that favoured salmon and trout. 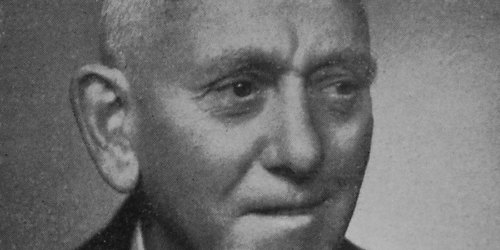 This can be illustrated by a piece written by Alf Waterhouse, president of the National Federation of Anglers in the 1950s. "From their very beginning in 1866, fishery boards appeared to look upon salmon and trout as the only fish entitled to their care, regarding all other kinds of fish as undesirable vermin... to successfully prosecute offenders then it was necessary to produce a poisoned salmon or trout for evidence. It did not matter about slaughtered fish of any other kind."

Before some clever Yorkshireman emails in, I should explain that the old rivers boards that were formed in the early 20th century were allowed to vary the close season, provided it comprised a set number of days (93 to be precise). Therefore, for a period Yorkshire's stolen fortnight allowed them to start coarse fishing on 1 June. Though to be fair, the whole of March was lost to fishing. These were their original proposals put forward in 1878 and somehow they crept back in, I think as part of the 1923 review of the Act.