Arthur Bryant was a native of Buckingham. According to a report from the Bradford Telegraph, the 'Maggot King' devised a cure for tuberculosis. But what's the connection between tuberculosis and maggots?

Born in 1879 at Preston Bissett, Arthur Bryant started his working life on a farm in Chetwode, Buckinghamshire. He worked night and day, about 100 hours a week no less.

Young Arthur soon moved 'up north' to Yorkshire. How he got there was interesting, as recalled much later by his son, George. Cars, regular bus services and hitch hiking hadn’t even been thought of, so Arthur took on odd jobs as he 'tramped' his way up there. One of the dictionary definitions of 'tramped' is "To traverse on foot: tramp the fields". There you have it, Arthur was originally a tramp, but a nice one.

Starting work in a Thornton brickyard just west of Bradford, Arthur made a go of that for two years and soon built up a small pot of money, ripe for investment in his own business. Many of the miners were weekend anglers and clever Arthur tried his hand at breeding his own baits and charging the miners a small sum. Full-time production eventually followed but Arthur had a need to expand, eventually going into partnership with another businessman, whose name no one seems to know. The 1908 Sheffield Anglers Association Year Book carried an advert for Arthur's 'Maggot King' business. Was the photograph of Arthur Bryant or his mysterious partner?

This relationship didn’t work out, with Arthur doing all the hard work and his associate reaping all the profits. So eventually Arthur packed it in and moved back to his native Buckinghamshire, but not without leaving his business name behind him. Apparently, he was forced to sign a paper preventing him from starting a maggot business back home.

Wily Arthur soon got over this little hiccup and started a maggot farm at Gawcott near Buckingham the following year in his brother’s name. The Gawcott residents weren’t very keen on 'smelly' Mr Bryant and his maggots. When the wind was in the right direction the overpowering ammonia smell from the maggot farm often blew into Buckingham.

The story goes that the stench got so bad that over time Arthur’s skin and clothes became impregnated such that he acquired the nickname 'maggoty' and at council meetings the dignitaries sat as far away from him as they could.

The maggot business grew so fast that deliveries were made to Belgium and Holland during the 1920s and then to the major centres of Birmingham and Coventry. There was a stop off at the National Federation of Anglers (NFA) President Alf Waterhouse’s Birmingham home along the way for lunch.

Arthur and Alf became great friends and this was demonstrated by Arthur’s presentation to the NFA of the 100 guinea 'Bryant Cup' at the May Annual Conference in 1946. Apparently, when he presented the cup at the conference, he told the delegates that over the years they had paid him "so much for sawdust that was supposed to contain maggots" that he was giving back a little of the profits he had made.

To breed maggots, a vast supply of meat was required. George Bryant recalled how carcasses were picked up throughout the country and a winter meat store of 100 tons was built up ready for the early season rush in June. The fly house was so thick with flies, George recollected, that you couldn’t stick a dart in the wall without impaling at least half a dozen flies.

Arthur devised a system for feeding maggots without giving them meat. Was this the sour bran recipe so often mentioned by angling writers in the 1950s, or was this new feed made of fish or fish waste? We may never know.

Whatever stories lie behind this colourful character, Arthur is best remembered by anglers for his individual win in the 1936 All England Championship on the Broads. His 35lbs 1oz was the top individual weight ever taken in the event, from the first competition on the Thames in 1906, until it was finally beaten by Sheffield’s Jack Carr in 1955 with a massive 68lbs of bream from the Huntspill.

At the prize distribution at the Floral Hall on Britannia Pier, Yarmouth, Alf Waterhouse called his friend forward and Arthur, still covered in bream slime and with a bottle of scotch poking from his pocket, is recorded as making a fine winning speech to the assembled crowds.

The story goes on that Arthur insisted on dancing with the Lady Mayoress. With his boots, a covering of bream slime and his peculiar brand of maggot perfume, this would have been a sight indeed to behold. Did it really happen? Maurice Kausman insists it did but George Bryant thinks it did not.

Arthur had dreamt the night before that he would win the match. He confidently placed a £5 individual bet at 500 to 1 and cleaned up. His win was the equivalent of around £170,000 in today’s money.

Arthur was a great benefactor to the local community. He served on the Buckingham Borough Council and the Buckinghamshire County Council. During the war, he represented Midlands farmers on issues raised in the House of Commons, and organised and entertained blind members of the forces for weekend breaks in the Buckinghamshire countryside. In 1942, it was reported that he presented eight houses in the town of Buckingham for the benefit of those with limited means.

The smell of money

This paints a picture of Arthur as a rich man but George later denied this. Another tale linked to Arthur and money must be put in print once again. George wrote, "People used the say to my father when he was at a council meeting 'Bryant, you have been among them again – you don’t half pong' but he always had the last laugh. He used to pull out a wad of banknotes, wave them under their noses and say, 'Smell these – they smell lovely!'"

According to a report from the Bradford Telegraph and Argus, the 'Maggot King of Thornton' devised a cure for tuberculosis (TB). This cure, introduced at the turn of the 20th century, was based upon the inhalation of the fumes given off by the maggots as they fed.

Bryant, who was then living at Jerusalem Farm, Thornton, was himself ill with TB, but after he began breeding maggots for the local anglers he noticed a distinct improvement in his health. Bryant’s daughter and uncle received the cure as well as a little girl. A young man, who had been so ill he could not eat, was also pronounced cured. 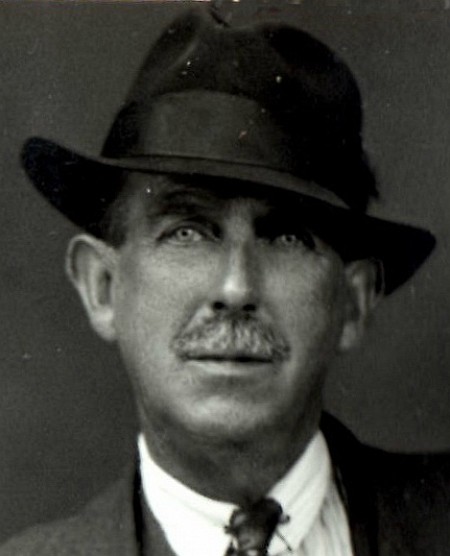 Bryant was duly christened the 'Maggot King of Thornton'. The Bradford Telegraph put up an open day in 1911 so that thousands of consumptives from Yorkshire could partake of the cure.

As recently as 2006, scientists in Bradford developed a new wound dressing that brings the benefits of maggots to patients with chronic wounds. Having said that, for centuries maggots have been used to clean wounds because of their ability to feed on dead tissue while leaving healthy skin intact. Fly larvae are still being used in modern medicine, with Bradford being one of the first centres in the UK to use maggot therapy on a regular basis.

Research published in 2007 at Sheffield University by Wainwright et al showed that gases produced by blue blowfly larvae on beef heart inhibited the growth of Mycobacterium phlei (which serves as a model for the more dangerous Mycobacterium tuberculosis, the bacterium that causes tuberculosis). A simulated version of the maggot gas, comprising di and trimethylamine and ammonia, had a similar effect, as did ammonia vapour alone.

There’s a distinct possibility that Bryant’s Maggotorium had successfully treated TB patients. Given the increasing resistance of the TB bacillus to antibiotic drugs, perhaps we may not have seen the last of maggot inhalation therapy.