A short history of fishing baits

It’s no surprise that the staple baits of anglers from time immemorial have been worms, paste and maggots. Today on commercials and rivers alike, these are still recognised as basic, but nevertheless key baits. But was this always the case?

This short verse from John Denny’s the 'Secrets of Angling' from 1613 explains popular baits of the time.

"The roach, the bream, the carpe, the Chub and Bleik,
With paste or corne, their greedy hunger tame,
The dace, the Ruffe, the Goodgion and the rest,
The smaller sort of crawling worms loue best.
The Chaueunder and Chub doe more delight,
To feede on cheese or Cherries red,
Black snayles, their bellies slit to show their white,
Or grasshoppers that skip in euery Meade,
The Perche, the Tench, the Eele, doth rather bite
At great red worms, in Field or Garden bred."

Jim Bazley, twice winner of the All England Championship in 1909 and 1926, described wasp grub as being "like plum duff amongst a lot of schoolboys". In 1917, he introduced the use of macaroni on a large treble hook and emphasised how the use of coloured baits ran with the seasons. But on one count he was sadly wrong. He felt there was no advantage in taking a 'chemist shop' to the bank. My goodness he would have struggled on commercials today! 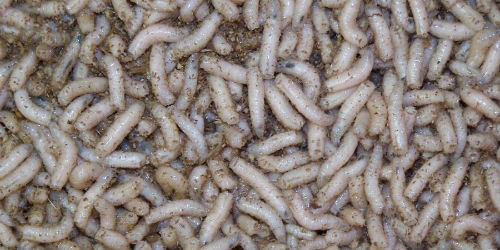 Bazley celebrated the use of pith and brains, which are baits that have now been out of fashion for almost a century. Bullock's pith was derived from the backbone, boiled and cut into chunks to create the most succulent and soft pieces for the hook. Brains were universally used for chub and barbel after being boiled and mashed.

William Bailey, that great Trent angler, wrote in 1857, '"The renowned Bendigo, when he goes chub fishing, and he is no novice at this game, takes half a hatful with him, and he is obliged to chew the brains before he throws them in."

Back in the late 1800s and early 20th century, lobworms were the key bait for barbel on the Trent and later, the Hampshire Avon. Thousands were thrown into the swim, up to a week before fishing, as a means of 'baiting up'. Among the giants of the angling world in the early 20th century was Jack Bailey, son of William, and FWK Wallis, who often fished two or three lobworms below an 'eagle' quill float, trotting the stream in search of big Hampshire Avon barbel. He was joint holder of the barbel record with a fish of 14lbs 6oz taken in 1937. 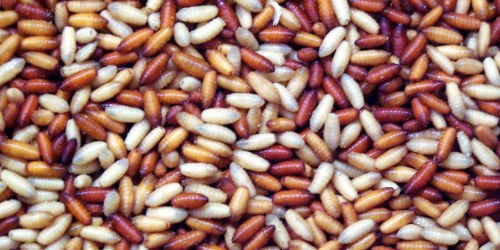 To illustrate the wide use of man-made baits, Izaak Walton wrote, "And as for pastes, there are almost as many sorts as there are medicines for toothache". The 17th century paste included some elements which might have been scurrilously obtained from grave robbers like Burke and Hare, although they rose to fame somewhat later in the 19th century. Examples included mummy powder, powdered skull of a dead man, man’s fat, cat’s fat, civet, gum ivy, asafoetida and camphor. So even in the 17th century, these special concoctions could be bought ready-made, just as anglers do now, at "The Sign of the Flying Horse, an Apothecaries in Carter Lane".

Latterly, the innumerable variety of commercial fishery carp pastes, and pellets, continue to multiply almost daily, but will they stay on the hook as it were and stay the course like the old favourites? Who knows. 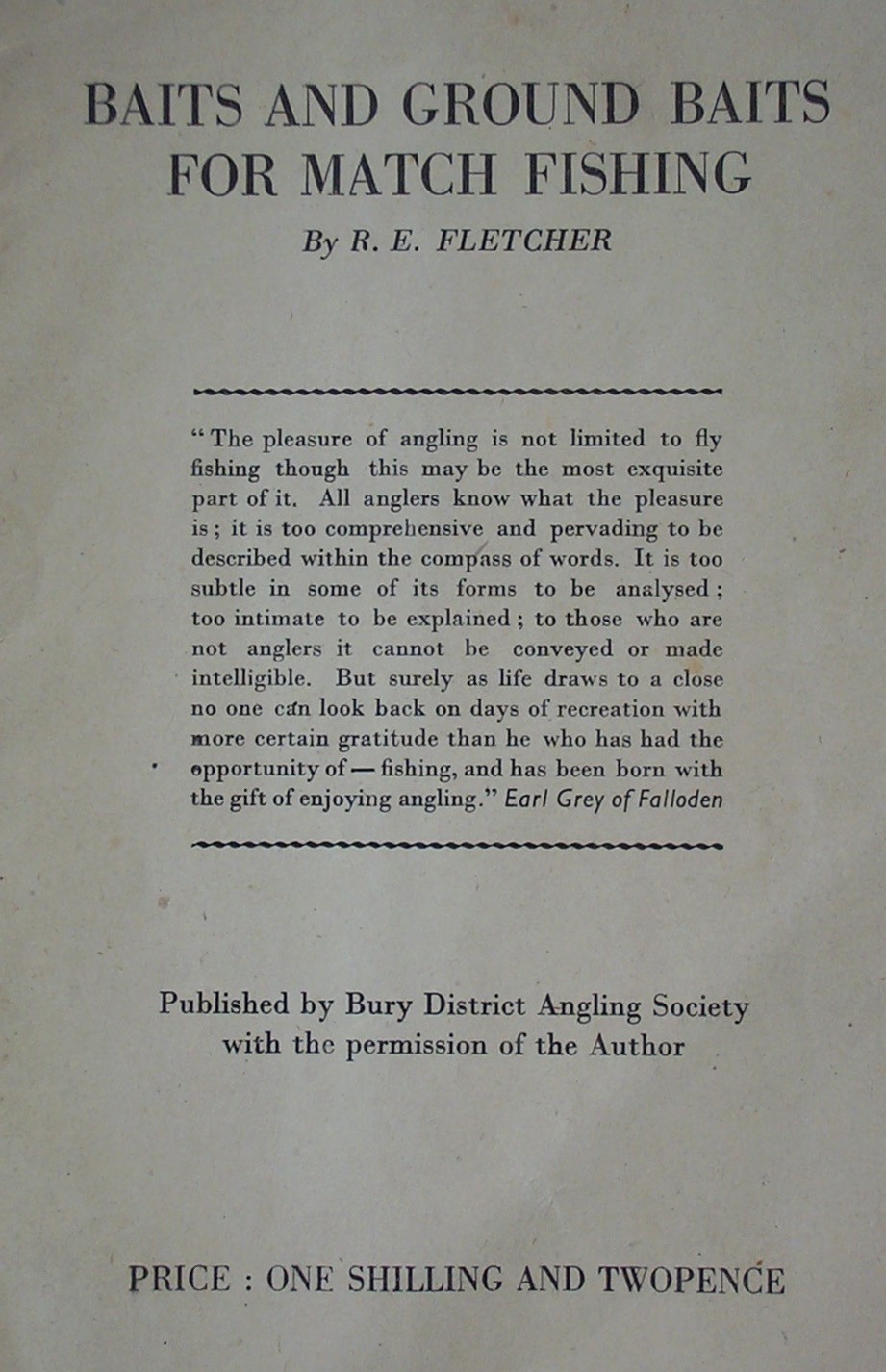 It is written that Jack Mason, who won the All England Championship in 1908 with just three bream for 12lbs, was the man who invented squatts. But this is not strictly true as they had been used years before in the north of England.

RE Fletcher wrote a wonderful pamphlet (pictured) for the Bury and District Angling Society sometime in the 1920s. I wonder if Benny Ashurst read it, as "casted maggots" were mentioned as was "yellow feed'" (squatts). Specials bred on heart, liver or fish plus sour bran specials (fat, succulent, juicy, soft skinned, pure white hook maggots) were also prominently mentioned.

By the late 1890s anglers were using annatto, chrysodine, auromine and rhodamine dyes, which caused much uproar in the 1980s when they were linked with cancer.

The 1925 All England was won using chrysalis and there are records of anglers using this bait as early as 1865. Casters and Benny Ashurst go hand in hand. This great match angler, through his numerous winning performances, particularly on the northern canals and River Trent, shot this new bait to dizzy heights during the 1950s. What Benny did for the first time was work out how to commercially produce the loose feed 'sinker', the key that turned this bait into the powerful feed and hook bait medium it is today. 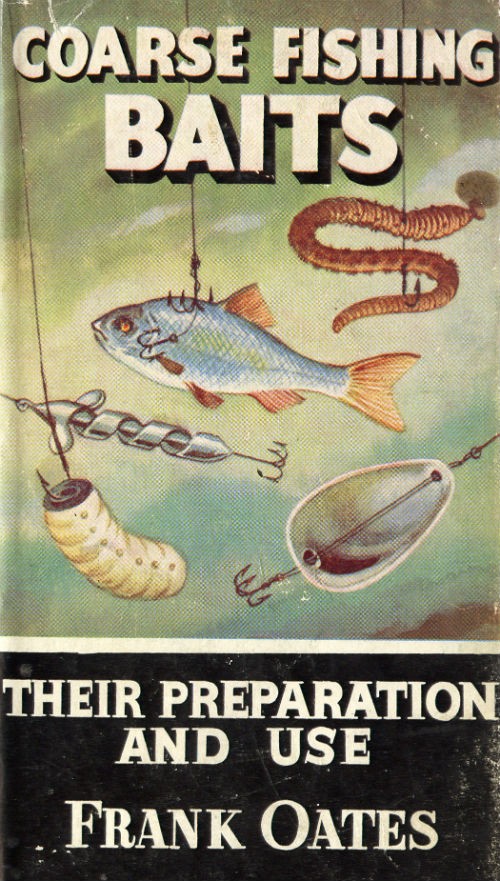 Frank Oates and Billy Lane saw the advantage of the specials, which were soon nicknamed 'gozzers'. No self respecting bream angler would go fishing without them and much preparation went into their production for every match. Without gozzers, bream would not bite. This bait revolution went hand in hand with the trend towards legering for bream with the swing tip on the wide still waters.

Frank showed an innovative approach by illustrating 'cooked' maggots, bait that at one time or another everyone claims to have invented. The bait is still popular today on fisheries where dead maggots form a carpet on the bottom.

Boilies have been around commercially for more than 30 years. The bait revolution was pioneered by anglers like Gerry Savage, Duncan Kay and Fred Wilton, who are remembered by Kevin Maddocks in his 1981 bestseller 'Carp Fever'. Oddly enough, bread featured as one of the best carp baits. Who produced the first boilie and when? In 1952, this recipe appeared in one of the angling newspapers:

"Take a portion of breadcrumb
Immerse in water
Squeeze out the moisture
Add self-raising flour and condensed milk
Knead well
Tie it up firmly in muslin
BOIL for two minutes."

Was that a boilie or not? Forgotten in the musty fishing books of old, lie many lost baits. Brains, chandler’s greaves, macaroni, bullock's pith, potato and even Yorkshire pudding. Well if you can’t use ‘em, you can always eat ‘em.