Philip Geen was born in Richmond on Thames in 1842, not long after the formation of the Thames Angling Preservation Society, which had been set up by volunteers to protect what was left of the fisheries of the Thames estuary.

What Geen achieved during his lifetime has to be taken in the context that he did not have access to methods of communication that we take for granted today, such as computers or telephones. Communication was by word of mouth or hand-written notes and letters. These then had to be delivered by messengers or the postal services which were in their infancy, as was the sport of angling. 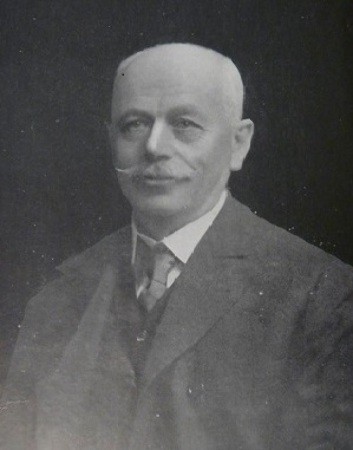 Railway travel for anglers and the privilege ticket

With the rapid growth of London’s population and associated industry, many of its rivers became grossly polluted and were capable of supporting few if any fish. For the working classes, travel was an impossibility prior to the emergence of the railway network.

Geen realised that the railways were the key to enabling anglers to access unpolluted fisheries away from the city. By 1875, Geen was delegate to the United London Anglers for Hammersmith. He saw how discounted third class rail fares, if made available on a Sunday, could be the cornerstone to building a larger angling association that could negotiate even better deals with the railway companies for its members. Thus emerged what was known as the angler’s privilege ticket.

Formation of the London Anglers Association

It was Geen who brought together the East Central Association and the West Central Association to create the London Anglers Association (LAA) which was officially formed on 30 May 1884. The LAA went on to attract a membership of over 40,000 at its peak, figures that today’s clubs can only dream about. The LAA first rented parts of the Grand Junction Canal in 1886 in the Denham area. In due course, Geen negotiated agreements for the fishing rights on large sections of the Grand Union, Paddington, Regent’s and Hertford Union Canals.

Geen was a pioneer in the field of fisheries conservation. He worked on the Mundella Act of 1878 which, among other things, introduced the close season for coarse fish (15 March to 15 June inclusive for much of the country). Prior to this time, coarse fish had received virtually no legal protection.

He also worked to combat legislation in parliament which was potentially damaging to angling. One instance of this was in 1911. It was proposed to include within an animal protection bill a clause relating to animal cruelty that would have applied to fishing. If this bill had passed as originally proposed without amendment, it would have almost certainly meant the end of angling as we know it today. Geen took the lead in lobbying MP's and succeeded in getting the clause amended.

Much of the protection that is now in place for fisheries and angling, and which we take for granted, was fought for and obtained by Geen and others of his ilk. He played a key role in the conservation work carried out by the Thames Angling Preservation Society throughout his life.

By 1905 Philip Geen had been the President of the LAA for 27 years. He was a first-class all-round angler. He took the opportunity to commemorate this term of office by writing a memoir of his fishing exploits and experiences, which he dedicated to the members of the association. The book, titled 'What I have seen while fishing and how I caught my fish' was privately printed, with the author paying for it himself.

The text is split into three parts and relates the joys of fishing in a time when rivers were clean, fish were plentiful, and fishermen were gentlemen first and sportsmen second.

He later wrote another fishing book, 'Days Stolen for Sport' published in 1907.

Geen was also an inventor of fishing tackle. On 28 June 1910 Geen patented "my extremely rare brass spinning lure" called the 'Chase Me' bait. This super little lure was accepted by the patent office on 11 May 1911 and given the patent number of 15,568. He also invented the Richmond spinning flight, swimmer bait, combination spoon, corkscrew and sand eel spinner, and the natural spin bait.

Philip passed away on 22 June 1922 and was buried in Hammersmith Cemetery. His obituary appeared in the Fishing Gazette published on 24 June 1922. In his honour, the Geen Cup was presented to the LAA by members of the Geen family. A competition for individual anglers, it is still competed for to this day, more than 90 years after Geen’s death. The 1949 event was famously won by Mr V Corsi of Earl Darnley Angling Society using the recently invented swimfeeder.

Thanks to John Woods of the London Anglers Association.