Quite a number of anglers nominated southern superstar Ray Mumford in the voting for our angling heroes series. So we have brought you a short biopic of this most enigmatic of characters, who will be remembered as one of the greatest all-round anglers of the 20th century.

Ray Mumford with cuttings from Angler's Mail and other publications

Angler in the making

Whilst still at school Ray admired the tactics of a French angler who helped out at his local boys club. As a result he became interested in the astounding successes of a three-time world champion, the Frenchman Robert Tesse. Consequently Ray made many trips across the Channel to study French tactics, in the process becoming a roach pole 'devotee' and a leading pioneer in the revival of this lost art in the UK.

Ray's first foray into fishing was for specimen fish. This was prior to his entrance into a very successful match fishing career. Pike to 22lbs, barbel to 12lbs 6oz, roach to 2lb 8oz and carp to over 20lbs are just a sample of the quality of coarse fish he caught over many years. Ray also landed salmon to 16lbs, and flirted with rainbows with his best fish also weighing 16lbs. He also caught brown trout to 7 1/2 lbs and sea trout to 8 1/2 lbs.

Though an established match star in the London area, Ray first came to national prominence on the Midlands circuit following his dramatic win in the 1972 prestigious invitation-only Gladding Masters final, fished on the River Nene at Peterborough's South Bank.

Ray's 14lbs of bleak destroyed the top class opposition, many of them river championship winners, on a day when roach and bream failed to show. He took some stick from critics of his small fish tactics, with some participants suggesting that 'small fry' should not be allowed in prestige matches. Ray collected a cool £600 for this incredible international class performance. 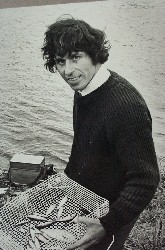 Ray rated his best win as the Thames Championship, beating 800 anglers with more than 20lbs of chub and winning about £300 in the process. Some other wins included the Marlow Rose Bowl, Hammersmith Open and Invicta Shield on the Thames, wins at Dimmocks Cote on the River Cam, the Ushers Open on the Bristol Avon, the Bedford Hospital Cup on the Great Ouse, plus many matches on diverse rivers across the country like the Arun, Avon, Trent and Nene, as well as the Grand Union Canal. In his long career Ray won a silver Trentman badge, three silver Neneman badges and nine Thames Championship badges. Just like Ivan Marks, nobody could ever accuse Ray of being a one venue specialist.

Ray qualified to fish the National for the Central London Association (CALPAC) and in 1964 on the River Severn won his section in the National Federation of Anglers All England Championships. He finished with 12-8-2 and was eighth overall, winning two silver gilt medals. He fished for CALPAC on and off and captained the CALPAC side for a number of years.

On a day when hundreds were waterlicked in the disastrous 1967 Relief Channel National Championship, Ray took CALPAC's top weight of 5lbs, almost half the team total. 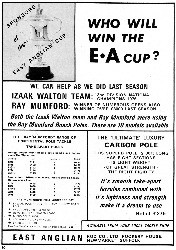 Buried in the records is the astonishing fact that whilst practising in a match for the 1972 National Championship won by Phil Coles, Ray broke the Bristol Avon barbel record with a fish of 9-11-0. Part of the Farnborough team that gained promotion in the 1977 Second Division Great Ouse National, Ray was clearly pleased to receive his silver medal after his massive 70 points team contribution. On the M4 motorway near Heathrow the following day, the story is that Ray's colleague, Chris Love, drew alongside another vehicle. Eager to show them his medal, Ray stuck his hand, complete with medal case, out of the open window. His arm caught the wing mirror and the medal promptly fell to the tarmac. Ray stopped and searched but never found it.

"It is necessary to me to perfect tackle to my own specification - especially floats. I value these as the most important thing in fishing and have 450 floats, many of which cannot be improved anymore.

"I suppose many anglers have seen me as some sort of revolutionary or, to put it more bluntly, a trouble maker. I am sorry they have seen me in that light. All I was trying to do was change the then outdated methods and bring in new ideas and techniques.

"The biggest eye-opener I have ever had as far as fishing styles go was when I took part in the first Angler's Mail International held at Saint-Lo in France in 1971."

Ray’s dearest desire was to represent his country in the World Championships. The then England team manager, Stan Smith, consistently overlooked him and by the time Dick Clegg took over Ray was past his peak. To show his indignation with Stan Smith, or possibly his pole fishing skills, Ray thought nothing of turning up uninvited at an England trial match. This did not go down at all well.

Out in the international cold, Ray found solace in international friendly matches, sponsored by the weekly magazine Angler's Mail.

"Probably my greatest achievement, and one that gave me the most satisfaction, was when I won the friendly international between England and France. I put a lot of work into that event. In fact, it was the culmination of four years' hard work, but it was worth it to beat the French at their own game."

However, a French team completely outclassed the English, captained by Ray, in the 1978 international friendly on the Thames Desborough Channel. The French used jokers, very tiny bloodworm larvae, in a cannonade of large balls of feed to easily outscore the home side.

As early as 1968 Ray starred in a short film titled King Fisher. 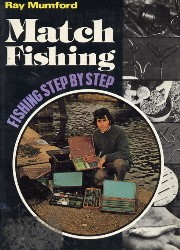 It shows the young, immaculately dressed Ray making his own floats at home and fishing with his brother Vernon on the Thames at Staines. He used a large circular ring catapult to feed his swim and a swimfeeder, both popularised on the Thames. Ray's 1976 'Match Fishing' book (pictured) also proved popular, selling thousands of copies, with many anglers keen to learn of Ray's secrets to enable them to compete with the best.

In the late 1990s the Environment Agency were consulting on the option of abolishing the close season on the canal network. Ray, who around this time was a regular on the Grand Union with Tring Anglers amongst other clubs, had very firm views that the close season must be retained on canals at all costs.

On one occasion he turned up unannounced at the British Waterways headquarters at Willow Grange, Watford, and demanded to see the chief executive who, much to Ray's chagrin, was not available to see him. Instead he got to meet a lowly member of the fisheries team. Not content with this, it is understood he demanded to meet directly with Tony Blair, again without success.

A sad end for a great angler

After a mugging at his home in Luton, Ray's health rapidly deteriorated and sadly he spent his last 11 years in a care home near Leicester. After a long period of dementia, he passed away in late 2012. Ray will be remembered as perhaps the greatest pole angler never to win an England cap. We will never see his like again.