The grand life of Eily Gayford

Jenine, our Unlocking Hidden Stories project manager has discovered the story of a remarkable woman, Eily Gayford in our archives collection.

During my time working in the collections for Unlocking Hidden Stories, I have discovered some fascinating objects that have so much to tell us about the lives of those who live and work on our inland waterways.

A selection of items that has particularly grabbed my attention are documents and newspaper cuttings relating to Eily Kit Gayford. Gayford was an Idle Women, one of a small group of female volunteers who operated canal barges to carry vital cargo as part of the war effort during the Second World War. This misleading moniker was derived from the IW initials of their badges, relating to inland waterways.

An article from the Evening Standard in March 1944 details Gayford’s role as chief instructor of training of women canal boat crews for the Grand Union Canal Carrying Company. She describes her work as 'a grand life though and an arduous one.’ Speaking of her students, she says 'they have proved real ‘troupers’, keen and enthusiastic and not in the least put off by the fact that it is often tedious and exacting work.'

There were comparatively few Idle Women, unlike the on-land equivalent Land Girls. Until relatively recently, they have received little recognition for their contribution to the war effort, yet this is not necessarily the case for Eily Gayford.

Our collection includes a series of letters from Buckingham and St James’ Palaces on the presentation of her MBE in 1946, with letters signed by King George VI informing Gayford that he greatly regrets being unable to give the award which she so well earned in person. 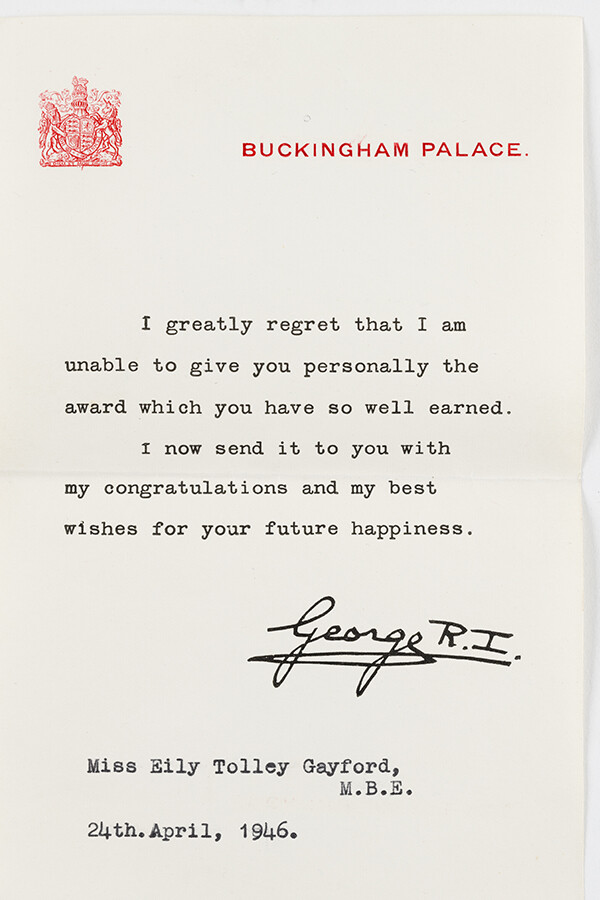 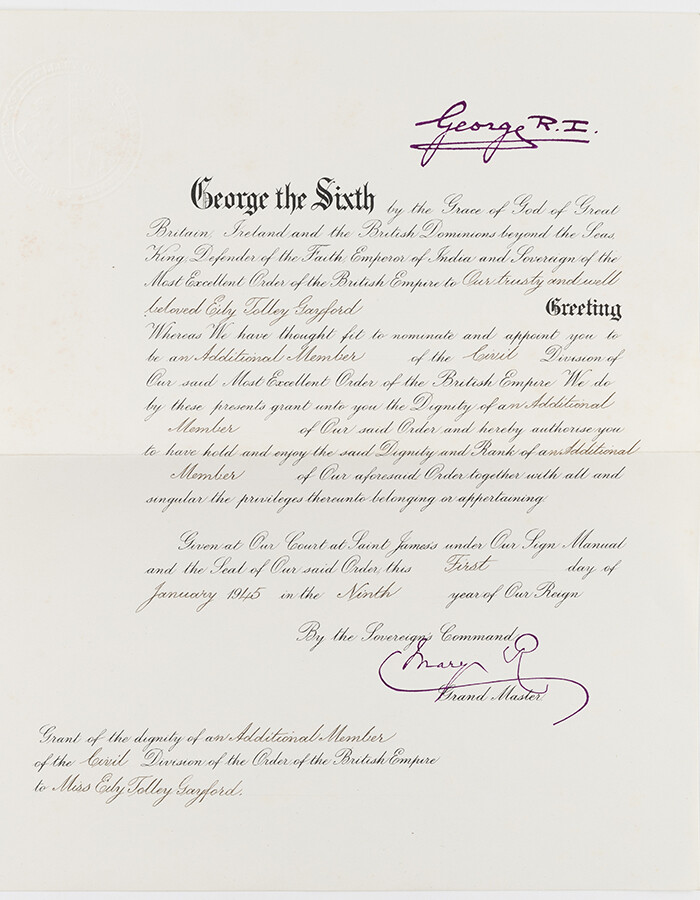 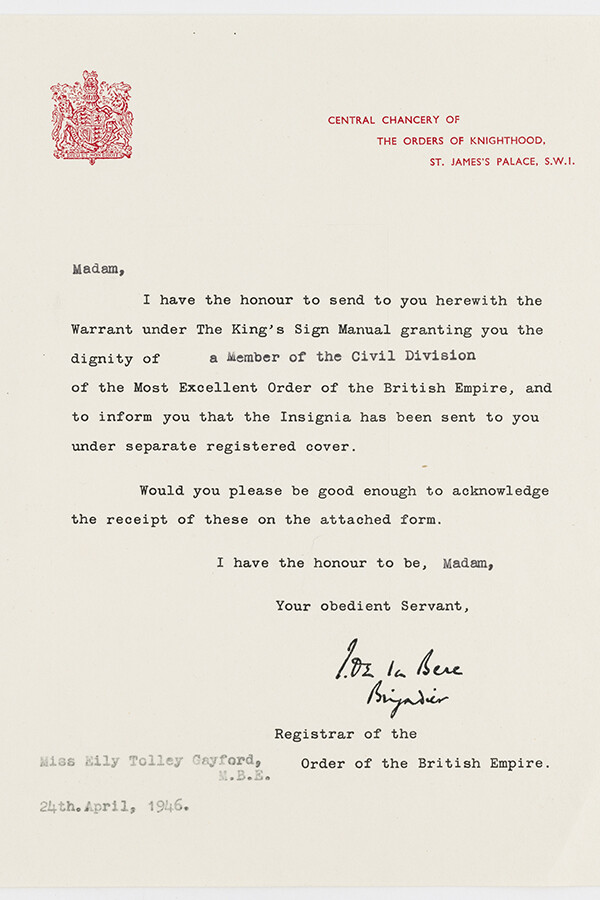 Got a story to tell?

Do you have a story to tell us about Idle Women or someone else remarkable related to our collection? If so, visit the Unlocking Hidden Stories page to find out more about the project and how you can take part