The duck and lettuce taste test

Each year we throw away about 120,000 tonnes of fresh fruit and vegetables with salad making up a large proportion of the waste. Don’t send this to landfill in the future. Take your leftovers down to the canal where they will they’ll be warmly received by the local ducks.

Armed with five different bags of lettuce, we visited the Grand Union Canal in Aylesbury to find out if the local ducks favoured one type of leaf over another.

We visited a popular feeding spot and while someone had thoughtfully left some oats out for the birds, there was plenty of unhealthy white bread scattered along the towpath. We thought our wholesome treats might be a tough sell with these particular birds. However, we were very pleased to be proved wrong… 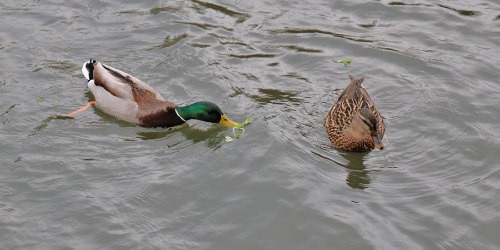 We tore these up into bite sized chunks and they proved highly popular straight away. This time it was the turn of the male ducks to start eating first and they couldn’t get enough of them. Duck and peas is a classic combination on a dinner plate and it appears it’s just as good a combination on the canal.

Initially scared of the green leaves, the local ducks eventually came around to the idea of salad. It was a plucky female who first tried a piece, swiftly followed by some males and many other members of the flock. 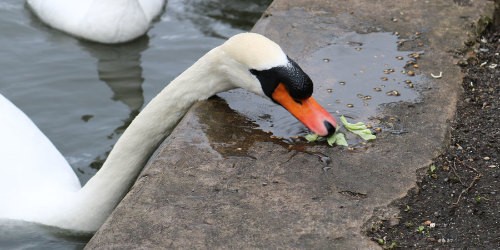 Trusty iceberg wasn’t the biggest hit with the ducks. They had a nibble but didn’t go back for seconds. Perhaps with so many more exotic options being thrown their way iceberg was just too pedestrian for them on the day. The local swans did gobble up the leftovers though so nothing was wasted.

The ducks didn’t recognise this as food. It looked pretty similar to pea shoots but the ducks just weren’t interested. The opportunistic swans, who were making the most of the free salad, also ignored an offering of watercress. 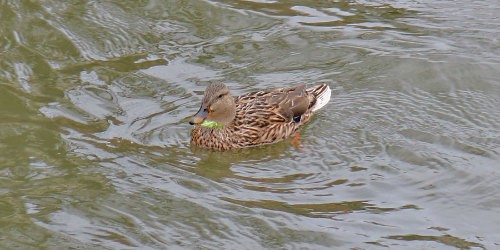 We know it’s a cabbage but we thought we’d try it anyway as it’s such a nutritious plant and currently gracing the table of many trendy restaurants. It turned out to be the biggest hit of the day. The ducks couldn’t get enough. Aylesbury-based ducks clearly keep up with the latest food fashions. The swans were pretty partial to this brassica as well.

If you want to try a duck taste-testing of your own, get yourself one of our free duck food pouches and head to your local waterway. We’d love to hear which healthy treats your local ducks are fond of. Tweet your pictures to @canalrivertrust.

Download your free duck guide today and discover a waterway near you.