This idyllic rural waterway is one of our top canals for wildlife in the country. Once threatened, the canal was saved by the work of energetic local volunteers and campaigners, and is now home to three Sites of Special Scientific Interest.

...see our stoppages section here and plan your route

The Pocklington Canal runs for 9.5 miles between East Cottingwith and Canal Head at Pocklington. The Pocklington Canal Amenity Society have restored the section from the River Derwent to the Melbourne Arm back to navigation, approximately half the length of the canal. Together with the Amenity Society, we're currently working to extend the navigation to Bielby Arm, which will increase the navigable section by around two miles.

The majority of the canal is designated as SSSI for its wildlife value, with the lower reaches lying within the Lower Derwent Valley National Nature Reserve. The towpath that runs along the canal is a great place for spotting the brilliant blue flash of a kingfisher or dragonflies darting above the reeds.

The canal was one of the last to be built, and was promoted by prosperous local farmers who sought more effective means of transporting their goods to the fast-growing towns of West Yorkshire. Its Act was passed in 1815, and it opened three years later.

The Pocklington is one of the few canals in Britain that were completed for less than the original estimated cost, costing only £32,695. Coal, lime, fertiliser and industrial goods were carried to Pocklington, and agricultural produce was sent out to the West Riding.

It was taken over by the York & North Midlands Railway in 1848, after just thirty years of operation. During the middle part of the last century the canal fell into disuse and became unnavigable. Despite plans in the 1950s to turn it into a dumping ground for chalk sludge, the canal survived, thanks to an active restoration group. 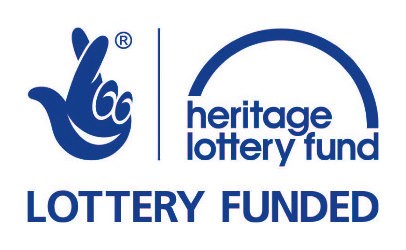 ocklington Canal – A Gem in the Landscape has been supported by a grant from the Heritage Lottery Fund. Thanks to National Lottery players, we are restoring Church Bridge and Swing Bridge No 7, restoring the special wildlife habitats along the canal and running a series of exciting community events and activities to showcase the rich heritage of this idyllic rural East Yorkshire canal. For up to date information, read the regular project updates on our blog pages. Or see more by following the link below...

A gem in the landscape

A day out in Pocklington

See more local news and events, plus the work we're doing to improve wellbeing in Yorkshire and North East