This is the third in our series about dredging, and we’re taking an in-depth look at all the elements that go into planning a project.

We have a three-year rolling plan of dredging projects, that’s three years from identifying the nature of the problem through to completion of the works. Working to this timetable gives the team more certainty about the amount of money required. Clear financial plans and a timetable of years, rather than weeks, helps the team to identify any efficiencies early and resolve risks such as site access and contaminated silts before they become an issue.

We also have longer term draft plans at 10 and 20-year intervals. These come from the ongoing programme of silt surveys carried out by our hydrographical teams and our overall long-term plans to maintain the waterways.

Some locations such as tidal locks have an annual need for ‘spot’ dredging due to tide and wind. Other places may need attention following extreme weather events such as flooding. If such spot dredging is needed urgently then a project can be turned around much faster, it’s just more expensive. As climate change makes extreme weather events more frequent this increases the need for more of this type of dredging.

Below is a photo of damage caused by flooding in 2020 on the Calder & Hebble Canal.

Value for money and efficiency

Working on a three-year rolling programme is more efficient; from the availability of contractors and plant to the time it takes to obtain the necessary permissions to carry out the work, and then scoping and costing the project.

There are economies of scale. The longer the length of waterway dredged the more efficient the project becomes, because of the savings in getting the equipment to site and getting the project set up. We try to include smaller schemes in planned mainline dredges where possible to save on costs.

How can we make savings?

Combining projects in locations that need more than just dredging can save time and money, for instance if a canal needs a new piled edge we can dredge at the same time and use the dredgings to backfill the piling (if they’re not contaminated). These savings can be identified in our three and ten-year plans, and other project plans adjusted to take advantage.

Savings can also be made by using contractors and booking works well in advance. We need to make sure the right type of equipment for the job, and people trained to operate it, is available and on site.

Finally, savings can be made by using the most appropriate and cost-efficient method for the location.

Caring for the environment 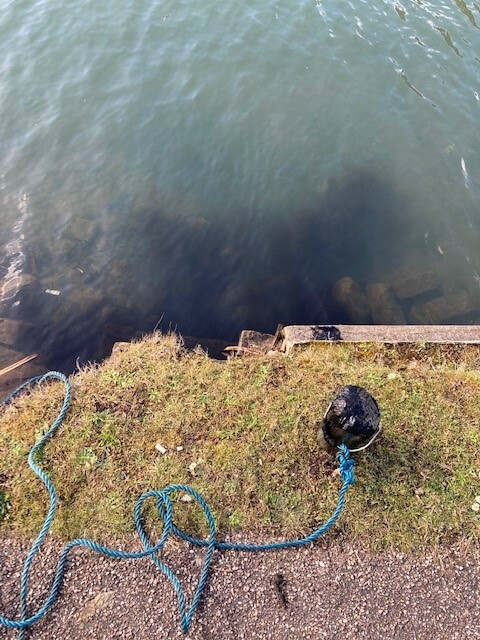 Many canals or parts of canals are environmentally sensitive, and we have 63 Sites of Special Scientific Interest (SSSIs). Work in these locations needs to be carefully planned to avoid damaging the environment and the correct permissions obtained from organisations like the Environment Agency and Natural England. Before we do anything, we will complete an environmental appraisal (EAPP).

One of the things this EAPP will assess is if the silt is contaminated. Canals were the arteries of the Industrial Revolution and some of those industries, such as metal works and chemicals, heavily polluted the canals and the land surrounding them. We sample the silt to check for levels of contamination and obtain permits to dispose of the silt in the appropriate places.

We can’t dispose of silt on agricultural land without checking it first.  If the silt is very contaminated it can be very costly to dispose of it properly, with only a few places in the country where such waste can be taken. This all falls under tight waste disposal regulations and requires permits which take time to arrange.

How do we decide exactly where needs dredging?

We have a rolling project of hydrographical surveying which feeds into our planning. We use state of the art technology to produce detailed plans of below the waterline, aiming to survey the profile of our entire canal network on a seven-year cycle. There are a few locations that need checking annually as they need annual dredging, such as locks on tidal rivers.

The results of these hydro surveys tell us where we are either close to or needing to dredge. Each waterway has its own set of vital statistics.

A cross section diagram of a typical canal

We compare how the waterway measures up against the standard. We also take into account customer complaints and comments along with feedback from freight and business operators and our Navigation Advisory Group, and consult with local and regional colleagues to check that we’ve not missed any important issues. It’s important that boaters let us know when the bottom is too close to the top, or you encounter a silt bar by contacting us as this helps us plan where needs attention.

We end up with a list of possible dredging projects from all the surveys and the reviews of customer and colleague comments. The next step is to prioritise the schemes based on the waterway measured up in its survey along with the number of boats affected by the issues.

The final stage is to update the rolling three-year programme of dredging, taking into account other planned works. Then we agree a price, method statement, risk assessment and start date with the contractor.

In the next blog of this series, we’ll take a detailed look at an actual project being carried out in our West Midlands region during 2021.

Dredge to the edge

This is the first in a series of features about dredging our canals and rivers.

We take a look at navigational constraints, factors we have to take into account when planning our dredging projects.

Find out more about dredging

If we don’t dredge the canals they will silt up and eventually the boats travelling on them won’t be able to move around freely.