When the temperatures start to drop and the country’s obsession with grit supplies takes hold, summer cruising is well and truly over. For those of you with boats on Britain’s canals and rivers it’s time to think about winterising your boat.

If you’re going to leave your boat unattended for any length of time you'll need to protect it from the damaging effects of winter. We’ve put together some tips to help you prepare your boat for the colder months ahead.

The last thing you want when you return to your boat after the winter season are smelly, mouldy furnishings. Over the winter you should consider moving any soft furnishings to a warm and dry environment.

The best protection for the engine is to change the oil and service the engine according to the manufacturer's instructions before storage. This way all the filters are clean, water has been removed and corrosive elements that build up inside the engine are washed away.

If you have a sealed water system, the strength of the engine antifreeze should be tested and topped up or discarded if less than 50 per cent. This will prevent freezing and also prevent corrosion by preventing air reaching internal components on the engine.

Where no drain plug is available, disconnect a hose, drain the water from the system and leave disconnected. Although this will not empty the system completely, it will allow for expansion should the water freeze and reduce the risk of ruptured pipes. It’s also worth insulating any accessible tight bends as this is where fluid will collect even after draining. Once you’re ready to start cruising again, reconnect any pipes, refill the system and open the seacock.

If the engine’s winterised or seacock’s closed, clearly mark the engine and its controls; it should prevent accidental operation.

It is a good idea to place an oily rag in the exhaust outlet and to cover the air inlet to the engine, this stops the air moving through the engine and causing corrosion of the valve gear. Finally give the engine a good spray with WD-40 paying particular attention to the electrical components and wiring - this will keep the damp away and prevent bad connections in the spring. 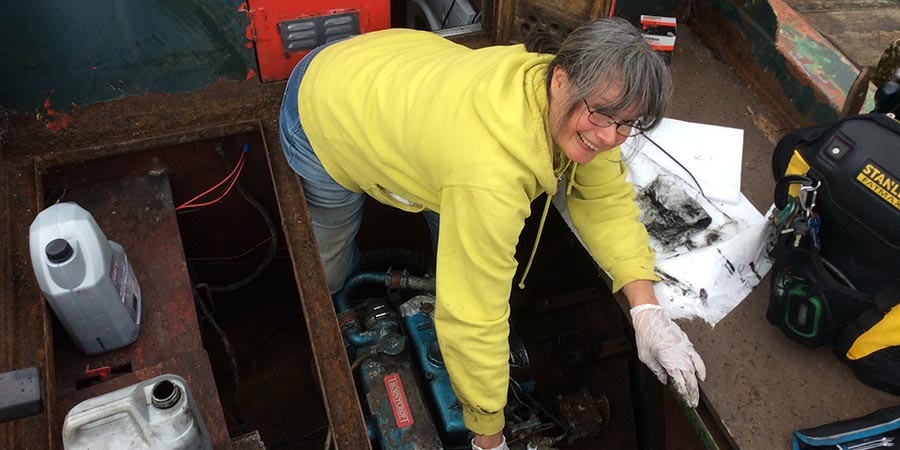 Water pumps should be disconnected and run dry to remove any traces of water. Water tanks and calorifiers and pipe work should be emptied.

Leave the taps in the open position. It’s also a good idea to ensure the shower is drained and shower head removed, with the valves left open.

Batteries should be fully charged and ideally left on a float charge from a purpose built marine battery charger. If this isn't possible then check their charge every month and top up when required. Make sure the electrolyte level is correct and battery terminals are free from corrosion.

If you're moored on the main line where there is a greater chance of craft passing by when the cut is frozen, you can drop planks of wood from ropes into the water to run alongside your hull. The planks will absorb some of the impact of the sheets of ice created when people start ice breaking to get to the water points. These sheets of ice can shoot across the top of a frozen canal and can seriously damage the hull of GRP boats but they usually only scratch the paint or blacking of steel hulled narrowboats.

Freezing temperatures can cause splits and fractures in pipes, which if left, could eventually cause partial flooding. Make sure you drain down the water system and leave taps in the open position - if closed any water left in the pipe could freeze.

Always test the bilge pump and battery charge levels before leaving the boat and when you return or before a long journey.

Heavy rainfall, leaking stern glands and issues with weed hatches can result in water ingress that quickly fills the boat and causes it to sink. If batteries go flat at a critical point it can be devastating.

Grease the stern tube before leaving the boat, this will prevent water ingress. Although most stern glands leak once the propeller turns, the grease acts like a seal whilst not in use.

Ventilation can be improved by use of wind socks, which are sold specifically for ventilating boats. These will deflect most of the winter weather and allow proper ventilation of the cabins.

Make sure your boat's mooring pins and ropes are secure, yet slack enough to deal with the normal rise or fall of water levels. Where possible attach a long rope to a tree or higher ground, so that if flooding occurs, or the boat becomes loose in high winds, the additional rope could provide a much-needed safety line. In extreme weather or prolonged rainfall, visit the boat regularly to adjust mooring ropes and check bilge pumps and batteries are coping with the situation.

It’s also a good idea to run the engine for an hour every time you visit as this pushes oil around the engine and prevents rusting, plus it tops up the battery if left running long enough (beware of doing this if you’ve drained the cooling system!).

Spray terminals with a silicone-free lubricant and grease all available grease points on the engine and drive, plus electrical connectors. Also lubricate linkages and gear/throttle slides, this will prevent rusting/corrosion and give these components a longer life. 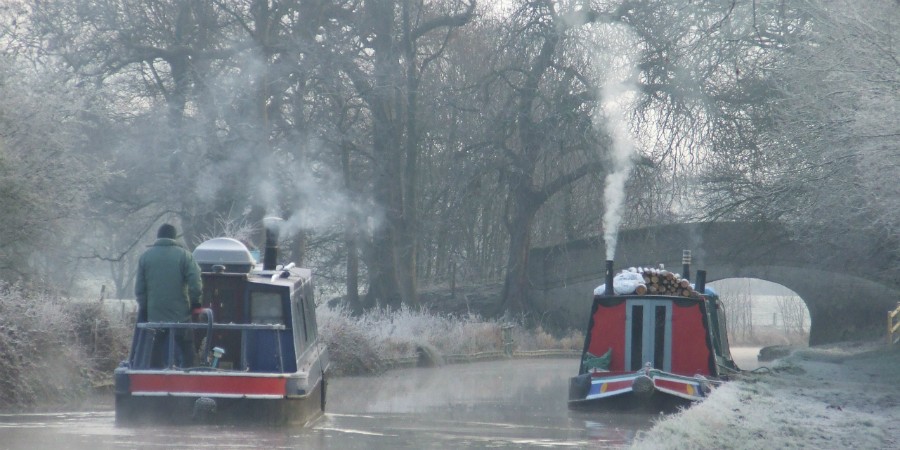 If not in use, store in a gas-tight locker. The same regulations as Liquid Petroleum Gas (LPG) apply.

Even if you have a secure morring it's a good idea to remore or put out of site any alcohol, valuable and electrical items. Make sure you have decent locks and the right insurance policy. Also worth checking all windows are firmly shut and any vents are closed.

Visit the boat regularly to turn over the engine and charge the batteries. You should run the engine for at least 30 minutes until it reaches its normal operating temperature for 20 minutes. To do less will allow acidic condensation to form which negates the whole point of using clean oil and filter initially.

While you're there you should also pump out rainwater and clear cockpit drains and bilge pump suctions of leaves. Boats should not be left for long periods without some form of inspection by the owner or a friend/boatyard to check on the mooring and condition of the boat.

We would like to thank Keith Byatt for his additions to this feature.

If you continue to stay on board over the snowy months, take a look at our interactive winter water safety guide for boaters