Find out about Nationally Significant Infrastructure Projects and proposals that need Acts of Parliament or a Transport & Works Act Order.

Nationally Significant Infrastructure Projects (NSIPs) are large scale developments such as new railways, roads, airports, power generating stations and the like, which need a type of approval known as a ’development consent order’. They follow a different process to planning applications.

Pre-application consultation is a requirement. Following this promoters make their applications to the Planning Inspectorate, there is an opportunity for views to be put forward and the application is examined by Planning Inspectors. Then, taking account of the National Policy Statements, the Inspectors make a recommendation to the relevant Secretary of State, who makes the decision on whether to grant or to refuse the development consent order. 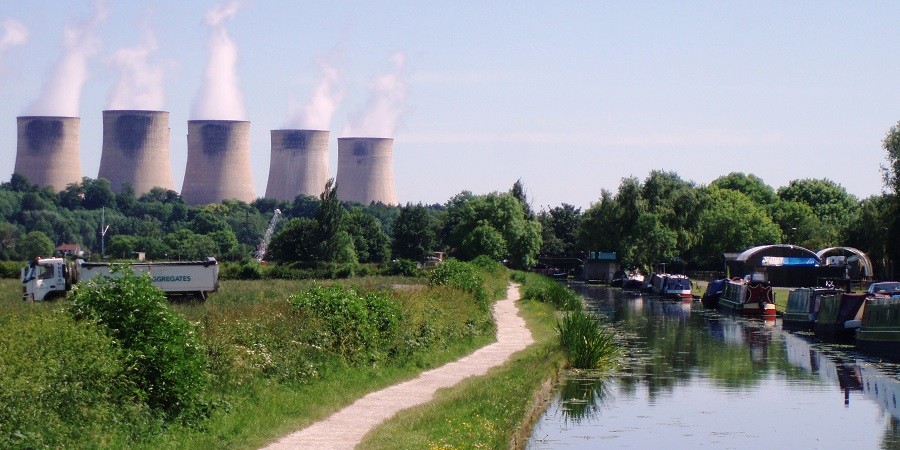 As a prescribed consultee, we’ll be asked for our advice on proposals "likely to have an impact on inland waterways or land adjacent to inland waterways". This means that those promoting the project need to consult us before making their application (ie. at the pre-application stage). We are also consulted when the application goes to the Planning Inspectorate.

We’ll make our views known at both stages. We decide, on a case by case basis, how involved we should get in the Planning Inspector’s examination of the application.

As the development consent order process also allows the compulsory acquisition of land and associated rights, we may be involved as a landowner.

Take a look at the table below to see recently decided and relevant live NSIP proposals that we have been consulted on.

Get help on the NSIP process

Proposals needing an Act of Parliament

Some schemes, such as the High Speed 2 railway, are given the go ahead by an Act of Parliament. Find out about our involvement in HS2 here.

More general information about Crossrail 2, on which we're a consultee, can be found here.

A Transport & Works Act Order (TWAOs) applies to certain infrastructure projects not defined as NSIPs and not needing an act of parliament. Take a look at the table below to see recently decided and relevant live TWAO proposals that we have been consulted on.

Applications under the Electricity Act 1989

The Planning Act 2008 dis-applied the provisions of the Electricity Act 1989 in relation to consents for projects in England and Wales except in certain circumstances.

Consents which have been granted under section 36 of the Electricity Act 1989 for the construction or extension, and operation, of electricity generating stations (section 36 consents) by the Secretary of State for Energy and Climate Change (now the Secretary for State for Business, Energy and Industrial Strategy) or their predecessors or the Marine Management Organisation (MMO) can be varied.

Take a look at the table below to see recently decided and relevant live proposals for the variation of applications approved under the Electricity Act 1989.

More fromAbout us and the planning system