A quick history of Blisworth Tunnel

About half a mile’s gentle stroll along to towpath north of the museum is the southern portal of Blisworth Tunnel. And Blisworth is no slouch when it comes to the many tunnels the Canal & River Trust look after on our network.

Boat trips from Stoke B Blisworth

Building Blisworth Tunnel, was the most troublesome part of the Grand Junction Canal (now known as the Grand Union Canal) construction. Work began in 1793 on the 3km tunnel and at the time was a major feat of engineering with no mechanical machine beyond the basic picks, shovels and wheelbarrows available. Yes, the navvies dug Blisworth by hand. With illustrations by Brian Collings, Peter Ralley describes how Blisworth Tunnel was built...

But errors by contractor left a wiggle in the tunnel, and after three years work it collapsed due to quicksand, claiming the lives of 14 men. All work had to be abandoned.

In 1802 they tried again. William Jessop, the main civil engineer on the Grand Junction Canal, proposed a flight of locks instead of a tunnel. James Barnes, the resident principal engineer, insisted on the tunnel. Today, the tunnel is the longest on the Grand Union Canal, and like its sister tunnel at Braunston, was very costly to the project in time and money.

In March 1805, the tunnel was finally opened.

It’s not just urban slang – ‘leg it’ or more correctly ‘legging’ means something to us here on the canals. Until the 1870s travel through the Blisworth Tunnel (and its contemporaries Standedge and Dudley Tunnels) was only possible by men lying on their backs on top of the narrowboats pushing the boats with their feet. Cue video...

From 1871 steam tugs were used to pull boats through, and extra ventilation shafts were installed. Boaters who wanted to avoid the extra cost of using tugs could still leg their boats through, but by the 1930s most people used motor boats (towing a butty boat). 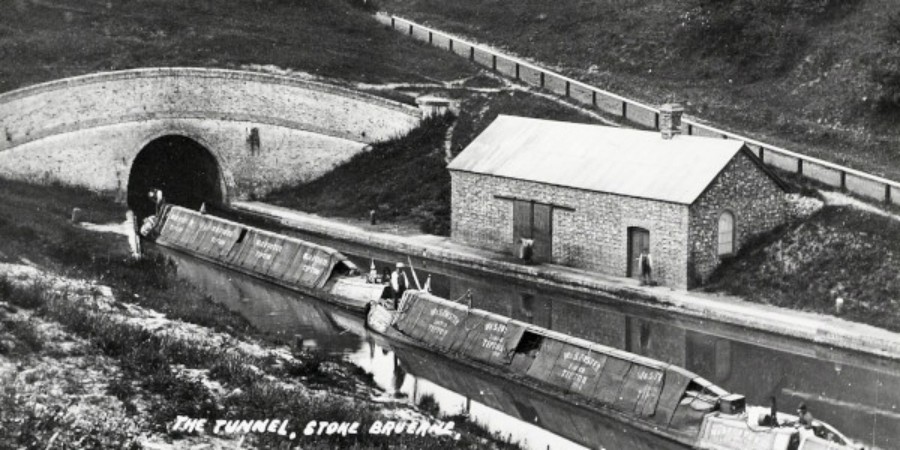 Due to changes in the shape of the tunnel over time, the tunnel became unnavigable. And finally, being un-used it had become in danger of collapse. Our predecessors, British Waterways, were responsible for the major rebuilding of the tunnel in the 1980s, with sections lined with pre-cast concrete rings. It was also used to test out the new materials and techniques that were later used on the Channel Tunnel. You can still see one of the unused rings on display near the south portal. 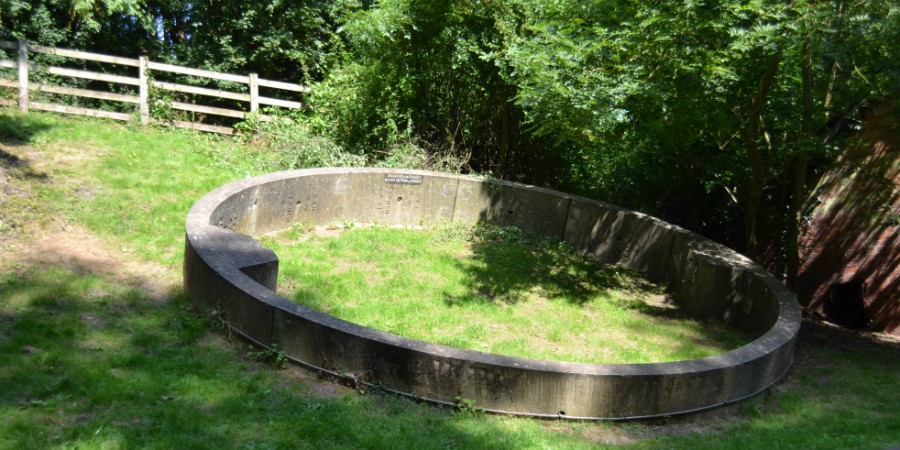 The tunnel was awarded a Transport Trust 'Red Wheel' in recognition of its industrial heritage and importance in 2014 – the 30th anniversary of the reopening of the tunnel in 1984. You'll find the Red Wheel on the blacksmith's forge in Stoke Bruerne. 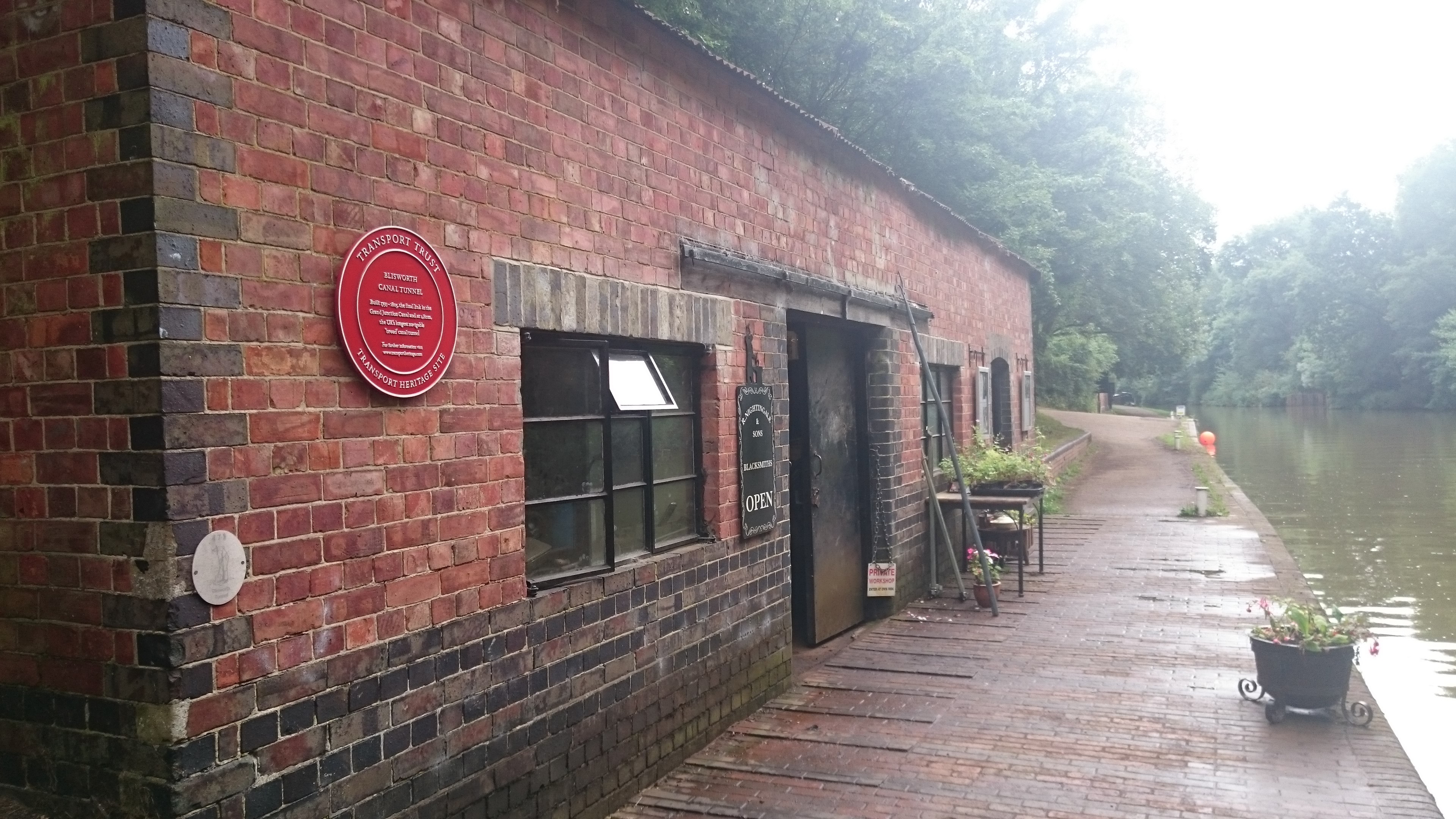 After you've visited our museum for more on the story of Blisworth Tunnel, why not take one of the local boat trips up to and into the tunnel itself?