We've heard people say there's a good chance of seeing a murmuration of starlings around the water of Tring Reservoirs at the moment, so that's why we're heading there along the Grand Union Canal today. We've travelled from Chesham, which is about ten miles away.

We've walked along this canal a few times in the past and I used to do a lot of running down the towpath, but we've never seen a murmuration here before. In the UK, December to January is usually the best time to see a murmuration and they can start an hour or so before sunset. 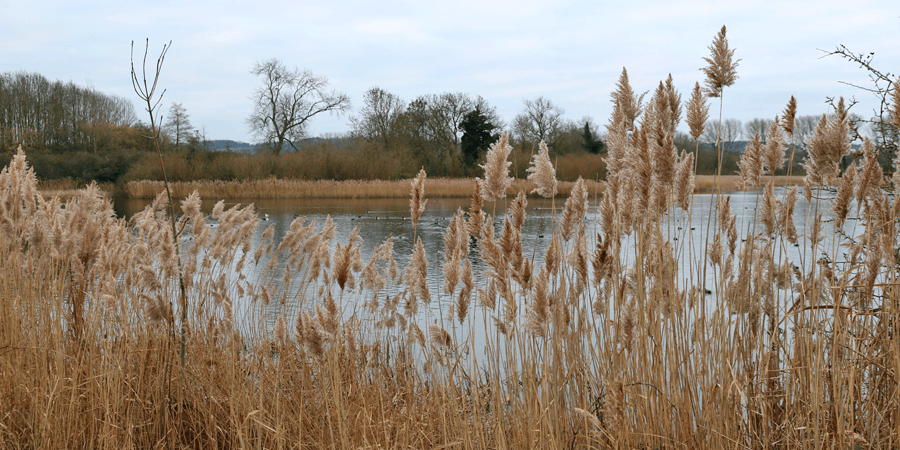 The starling population has fallen by more than 80 per cent, and they're on the critical list of UK birds most at risk. We're not really 'bird watchers' as such but it would be amazing if we're lucky enough to see the starlings today. The murmuration should happen before they roost for the night, when the starlings gather over their roosting site.

It's freezing cold this evening but if we keep moving it'll be ok. I don't know how they can do it, but there are some people we've just seen fishing who are sitting still for hours in this freezing weather.

We've done a couple of boating holidays on the canals in the past. We just remember it was raining all the time. Stopping at canalside pubs and enjoying the sunshine was the idea, but we still enjoyed it and there was a lot of laughing. We even got wedged in the canal at one point near Leek. Another time we had to ‘double park’ the narrowboat at Cropredy when the annual festival was on.

It's nice to go boating occasionally, but we prefer walking the towpaths. There's so much to look at when you're walking the canal, whereas boating can be hard work.

We're keen walkers and we've just gone part-time retired so we have more time now to enjoy the space. We’re both lecturers, and we don't know how we ever had time to fit in fulltime work now that we're semi-retired.

We saw they were doing work on the canal near here recently and that gave us the idea that we'd like to do some volunteering to help when we retire fully.

For now, we'll just enjoy doing things like we are today as often as we can. It's getting towards dusk, so this is the most likely time to see the birds. The formation of so many birds without bumping into each other, and watching them move as if they were one is an amazing thing. It will just be a privilege if we do get to see the murmuration.