Do you know what I did on my 80th birthday? The London marathon! It was my 12th marathon. I'm here walking the towpath with my friend. She's just gone on ahead to explore the locks. She's done the London marathon five times with me too.

My friend is only visiting for a few days. She loves it here. She's a Londoner really, so when we visit each other, we come here or to places like Abingdon on the Thames. We're off to the water in Bradford on Avon tomorrow.

We met on the internet. When I lost my wife, the doctor said to me I needed to find a companion of some sort. Well of course, after 47 years of marriage, I didn't have a clue how. You don't know what to do. My doctor said, “Try the internet”. So I went on one of those retiree sites.

We both love the outdoors, I think that's what keeps us fit and going. She lives in North Wales now because she loves mountains. Obviously we've been up Snowdon together three or four times. She's like a mountain goat. 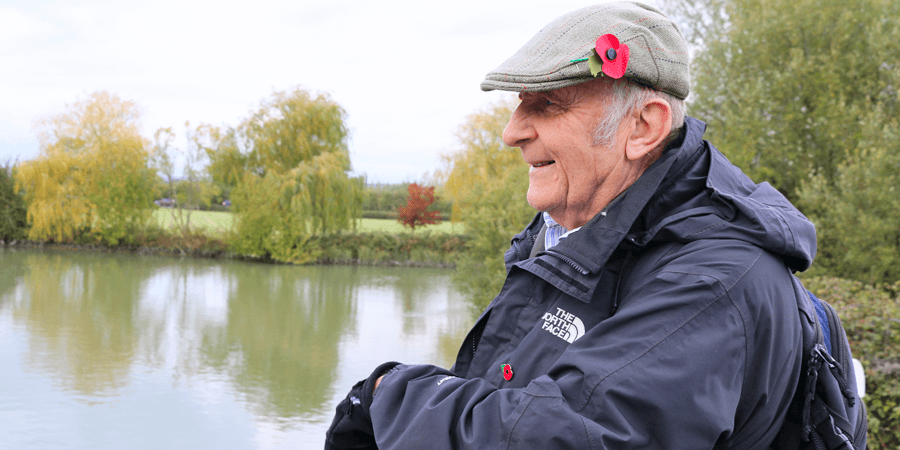 I'm a Dorset lad really, from down by the coast. I live up in Farringdon now where one of my daughters is. But I moved here a long while ago and I've just come back for a visit. I've known this place probably since 1965, so this was derelict then. I'm not an expert of the canal, it just fascinates me and I'm interested in it. When I saw the lock flight all lit up for the Millennium, it was like a waterfall coming down in lights.

I'm not an expert, it just fascinates me

I missed the Queen's reopening the locks back in 1990 but I did see Prince Charles here when he came in 2003. He touched down in a helicopter in the sports club and insisted on walking up the locks, then he went on up to Crofton Pumping Station.

I've been watching the TV series of Great Canal Journeys with Timothy West and Prunella Scales. I think they used have their boat moored at Hungerford. Pru looks frail now.

I used to have a boat before my wife was gone. I would imagine it's a lovely life living on a boat. We didn't live on our boat, it was only 40ft. Maybe a single person could have lived on it, but for us it was just for leisure. We moored it at Hilperton. It was a narrowboat made of steel, it had got to be a proper one. And it had central heating – we're modern.

My wife eventually had bad arthritis and she couldn't do the locks or the steering like she used to. The pleasure went out of it all. We got rid of it fourteen to fifteen years ago. So now I'm on my two legs. 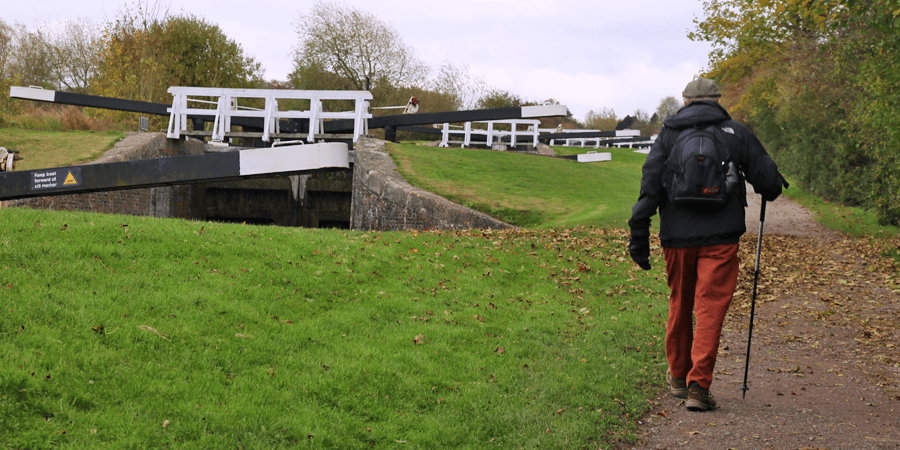 This year's been a bit of a mess. I've had cancer and I've just finished chemo, but I'm walking outdoors and I'm fit and beating it.

All in the mind

I had prostate cancer in 2005, they operated and removed it then - and they said they were only operating because I was so fit. I think everything's in the mind actually. I'm 82 next birthday so I use this stick now, but I still walk for fitness, and I also come here just for the pleasure of the place.

Initially I did the marathons for charity fundraising, but the last two or three I haven't collected for anything. It's tricky when you're not in work to collect enough sponsors, you haven't got the work colleagues. I won't be able to do the marathon next year but I'm hopefully going to do it again the year after. It's been suggested I could go down to half marathons - you must be joking!