Carpenters Road Lock, built in the 1930s is the only ‘double radial lock’ in the country. The lock on the Old River Lea is now within the grounds of the Queen Elizabeth Olympic Park.

The lock reopened in the summer of 2017 after a full restoration and the lock gates are now fully functional. Mirrored footbridges criss cross overhead, giving the area surrounding the lock futuristic feel.

Notes: Althought the river and towpaths are owned by Canal & River Trust, permission to film within the Queen Elizabeth Olympic Park should be obtained via their website. 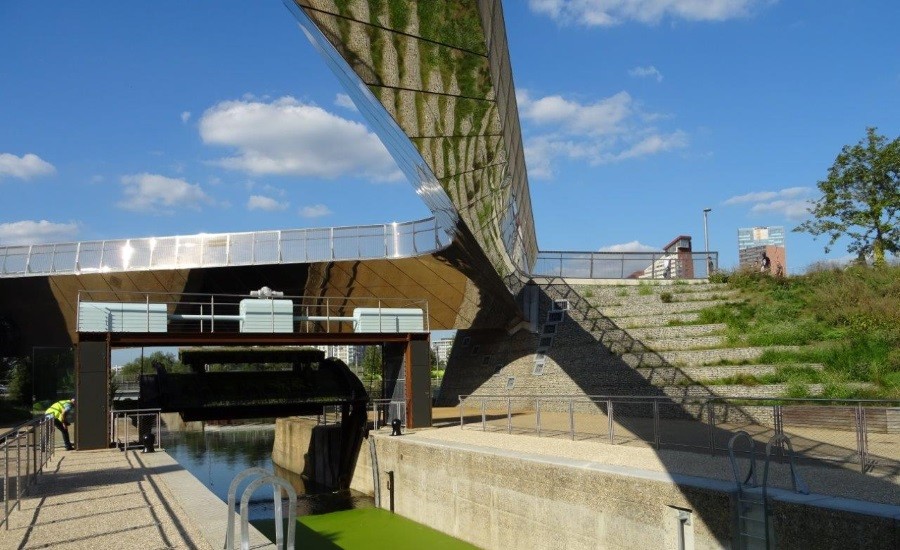 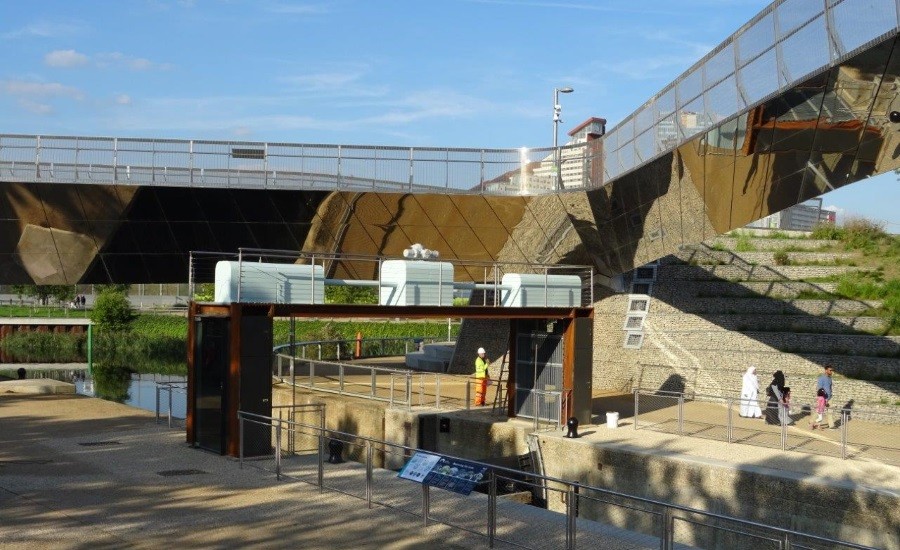 Image from before restoration to show view from the water: 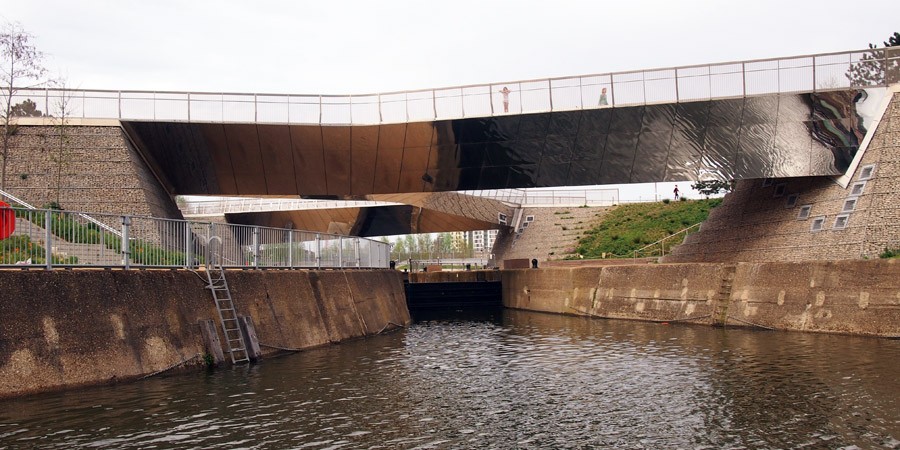