Plastic and litter: Inspirations and aspirations

We introduced you to Camilla Brendon in October 2018. A passionate artist whose projects focus on the environment, materials and plant life. Creating works of art as she goes, Camilla shows us how the materials around us and particularly by water needn’t be tossed aside, or worse left to rot, but instead can be used, and reused.

With many workshops and exhibitions under her belt Camilla seeks to inspire more people to stop and look around at their natural surroundings, and try their hand at making something.

An inspiration to us all

It’s no secret that the plastics and litter in our oceans is a massive problem. Our canals and rivers connect with the seas and we know that around 80% of the plastics found in our oceans can come from litter dropped inland. This causes problems for wildlife and it’s a big job to keep clearing it up. We can all do our bit and help pick up litter along our canals and rivers, and we can also follow in Camilla’s footsteps and create something from it.

Here is some of Camilla’s latest work, from her residency at Chisenhale Studios. 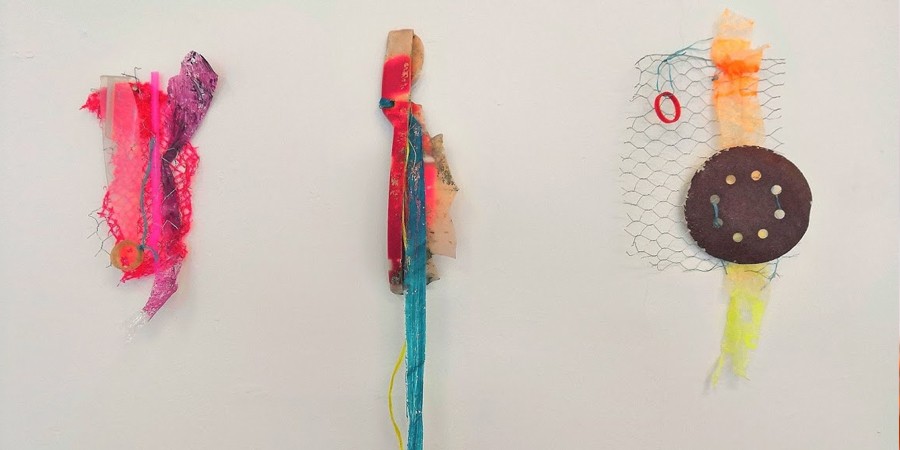 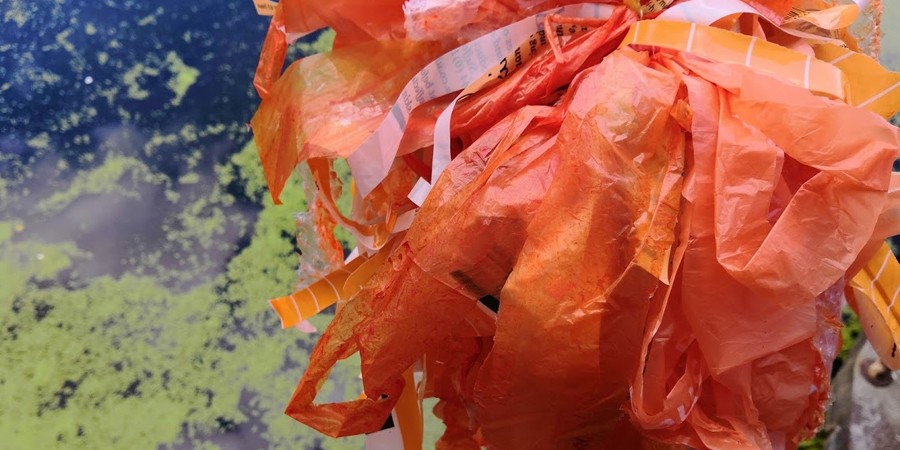 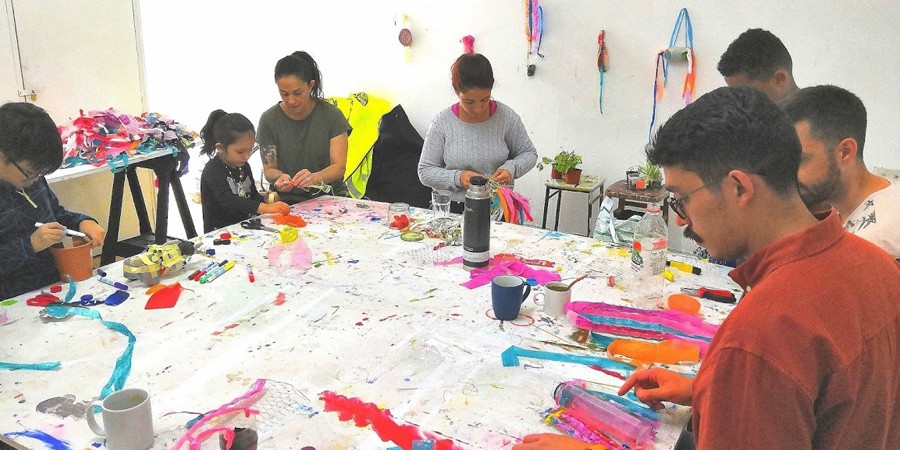 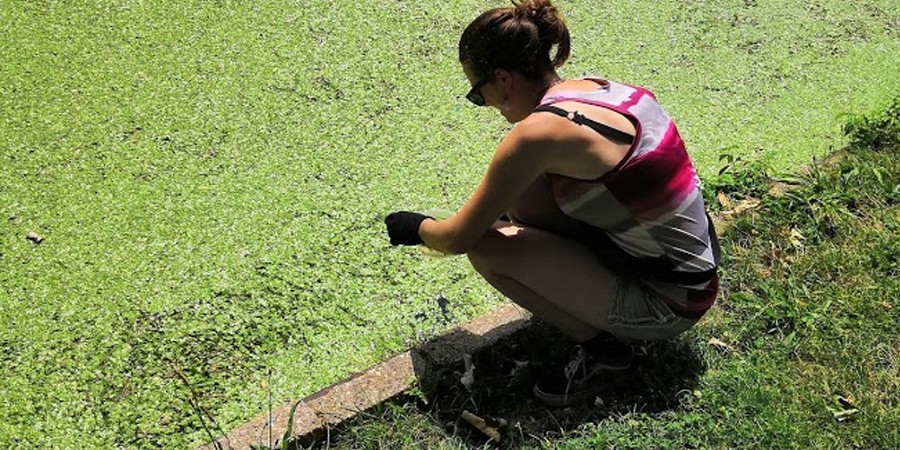 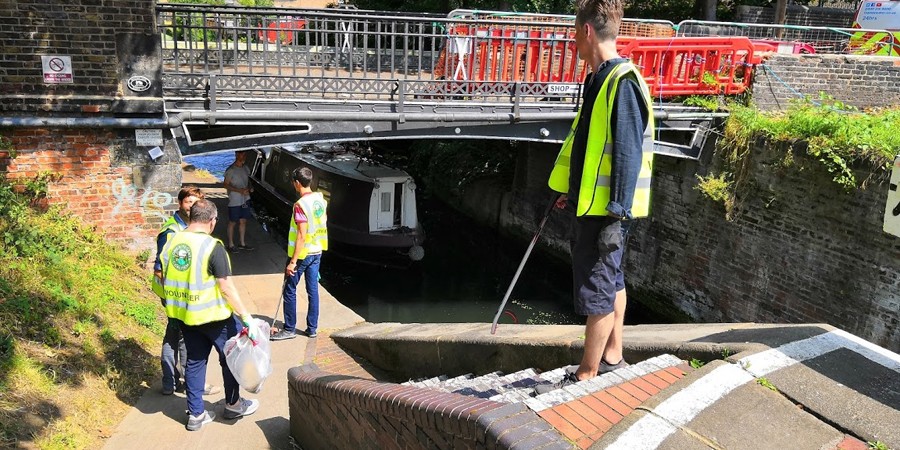 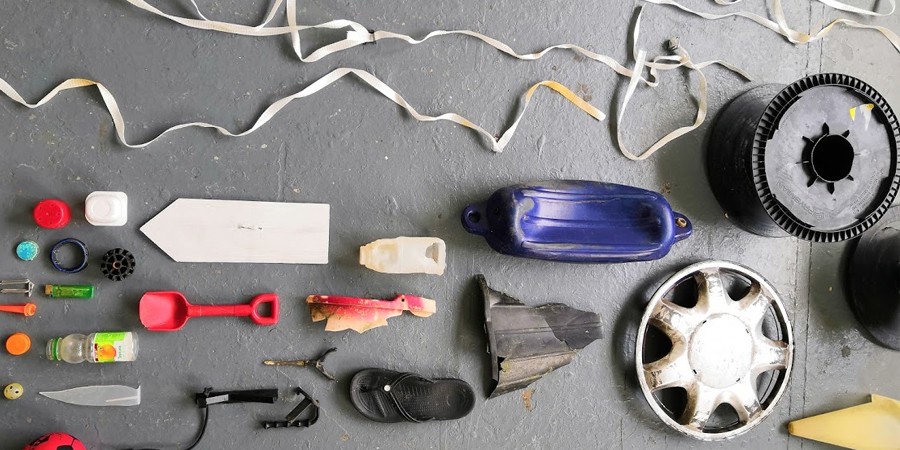 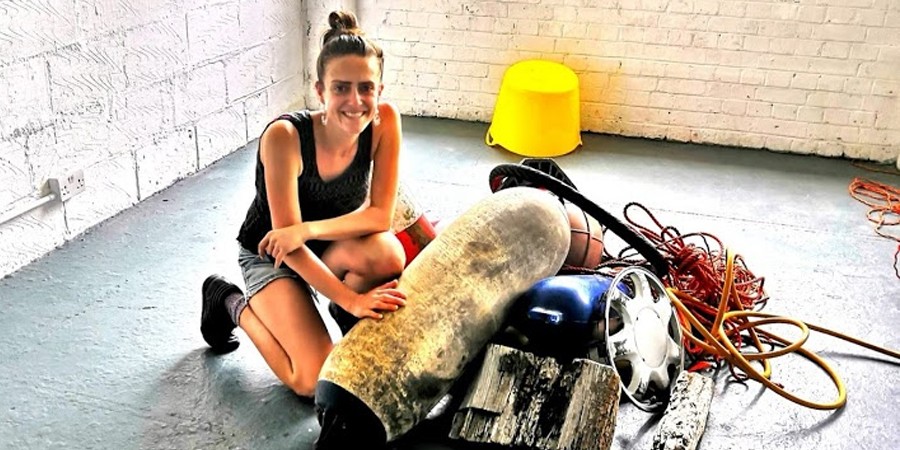 Her project here, based at Hertford Union Canal focuses on materials and plant life found in and around the canal.

It’s brilliant here, I can stop and look at the movement of the duckweed on the water and goslings resting on the wall. By looking out over the canal I’m able to consider making large scale installations that flow out of my windows and down to the canal.

Camilla’s interest in how man-made and natural things co-exist have led to many litter picks along the Hertford Union Canal with local artists and residents.

Camilla says: "The litter picks were part of my workshops and came about when I became more involved with activism as part of my practice, and took the Thames21 'Cleaning a Waterway' course. I wanted to give people the chance to make art for free with what they found when keeping their neighbourhood clean.

"To finish the qualification I shadowed some events with The Lower Regents Coalition, a Thames21 badged group who look after the Regent's Canal near the Hertford Union Canal in E3.

"During the towpath cleans we mostly found drinks bottles and cans along with a lot of cigarette butts. It's so important that people realise that these aren't biodegradable."

Camilla is donating 20% of all profits on sales at her Coast-Hertford Union Canal Show to the Lower Regents Canal to continue maintaining the canal in this part of London.

Time are a-changing and with the news that sales of plastic bags have halved in our biggest supermarkets and shops, it’s encouraging to see people acting. This needs to continue, and more people need to get involved.

Our towpath taskforces are a great and flexible way to volunteer at your local canal. Find out more