Seems you can’t turn on the TV these days without one of our stunning canals popping up on screen. From documentaries and dramas to new kids on the lock – Carry on Barging – ever wondered how production companies film on our canals?

Carry on Barging with permission from John Inman

Our man on the canal side, John Inman, gives you the inside track (he’s the guy you probably don’t recognise between Lorraine Chase, Nigel Havers and Debbie McGee).

I have been involved in several TV programmes as a professional boat handler, including ‘All Aboard! The Canal Trip’ and working with Tim and Pru. But most of my time is spent training and developing volunteers.

In 2016 I was asked to look after four celebrities who were to take a one week journey from Bath to Devizes on two narrowboats. As I work part time for the hire company doing ‘show-outs’ for hirers; you know the bit ‘have you ever been on a narrowboat before?’ 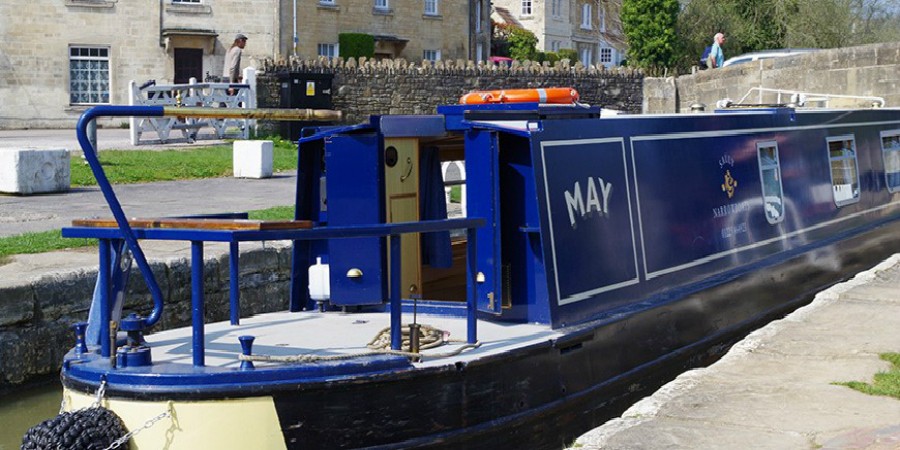 It was logical that I should treat them as new hirers. So, Nigel Havers, Simon Callow, Debbie McGee and Lorraine Chase pitched up and were told in no uncertain terms that they were the hirers and not the TV company. They truly were lovely people, an absolute delight to work with… They also got to go to the Llangollen – looking forward to watching that because I wasn’t involved."

In fact, it was our North Wales & Borders supervisor Howard Griffiths and team leader Roger Howard who were involved – look out for them in the Pontcysyllte episodes.

“After boasting about our filming exploits to my wife she demanded we immediately go on a trip of our own.”

The producer’s point of view

We caught up with Jason Giberti, Series Producer for Celebrity Carry on Barging and asked him what attracts TV companies to want to film on our network? "A romantic journey through pastoral Britain obviously has its appeal, but it seems audiences at the moment are being drawn to programmes with a softer touch and a gentler pace. I for one am all for seeing more ‘slow living’, positive shows like this one on telly.

Filming on a moving platform and not knowing where you’ll be ending your day is a logistical nightmare but luckily we had a phenomenal, ground crew that supported us throughout the filming process." 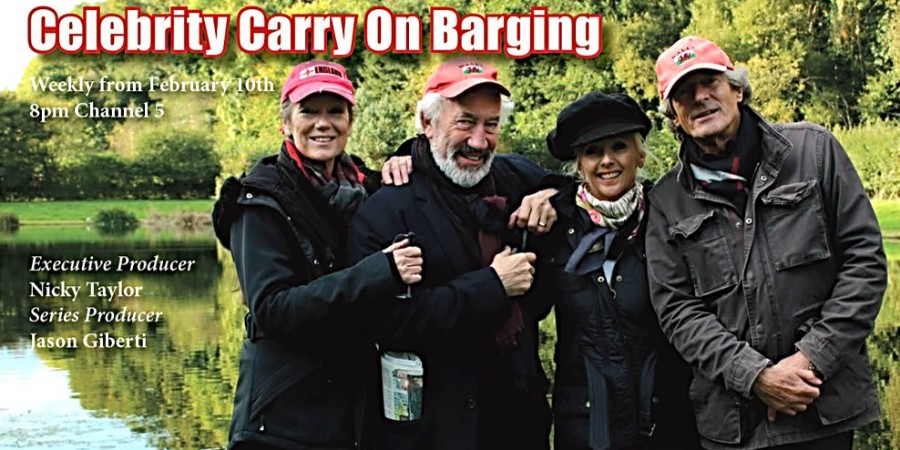 "Working with your staff was one of the biggest highlights of our journey. Whether it was advice on navigation or which pubs to visit the staff and volunteer lock keepers were there to help us at every turn. [They] …were especially giving of their time and knowledge allowing our team of novice narrow boaters to create a series that reflects the wonder and serenity of Britain’s waterways."

Of course we had to ask if our canals’ ability to help people relax and reconnect with friends and family had rubbed off on him: "After boasting about our filming exploits to my wife she demanded we immediately go on a trip of our own. Over Christmas, we hired a boat and visited the markets in Bath via the Kennet & Avon a truly magic way to kick off Christmas."

So is that his new favourite stretch of canal following the programme? "There were so many highlights along our journey but crossing Thomas Telford’s engineering masterpiece, the Pontcysyltte Aqueduct and traveling along that stretch of the Llangollen Canal was an experience I’ll never forget."

It's our filming and campaigns executive, Cassie Clarke, who looks after film and TV makers on our waterways: "I always really enjoy working with the production companies who make documentaries starring our canals and rivers. You get to build up good working relationships and it’s a chance for me and my colleagues to advise on the production process from research and planning right up to co-ordinating the filming. The ever popular Great Canal Journeys has filmed six series featuring our waterways so far and it’s great that shows like Celebrity Carry on Barging are continuing the tradition!"

Celebrity Carry on Barging, 8pm on Friday on Channel 5. If you missed any episodes you can catch up now.

Are you looking to film on our canals?

We have over 2,000 miles of fantastic locations to choose from – from towpaths and locks to reservoirs and docks.