The towpath at Hatton locks needed a makeover.

Staff, including the Water management team who are largely based at the Hatton Locks office, put aside their keyboards and pens and picked up a spade for a day. The towpath outside the offices had been wearing away and puddles had formed, leaving people to trample the grass verge. 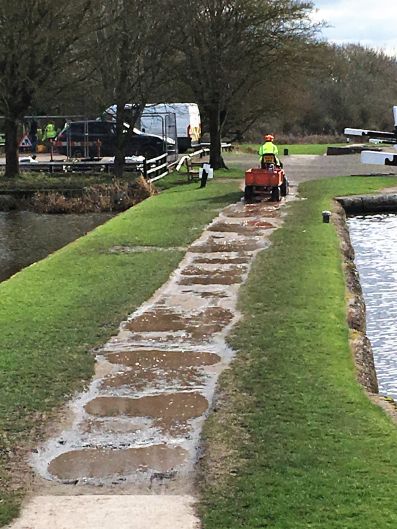 Here is a picture of the towpath before we started. In front of us, we had 40 tonnes of gravel, a mound of top soil, 4 wheel barrows and spades. We all got to work. 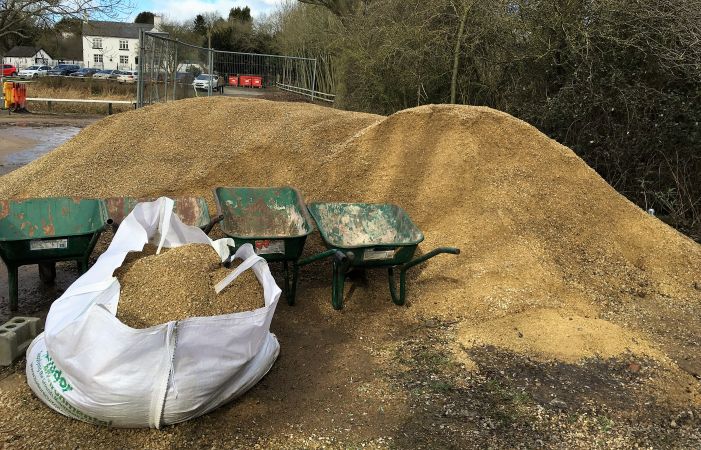 To lay the new towpath, we placed a wooden frame, which was the width of the towpath, and filled it with the gravel. There were several people with spades manning the piles of gravel and top soil, who filled the wheelbarrows as they shuttled back and forth. The topsoil went down the edges of the path and the whole thing was raked over and levelled. 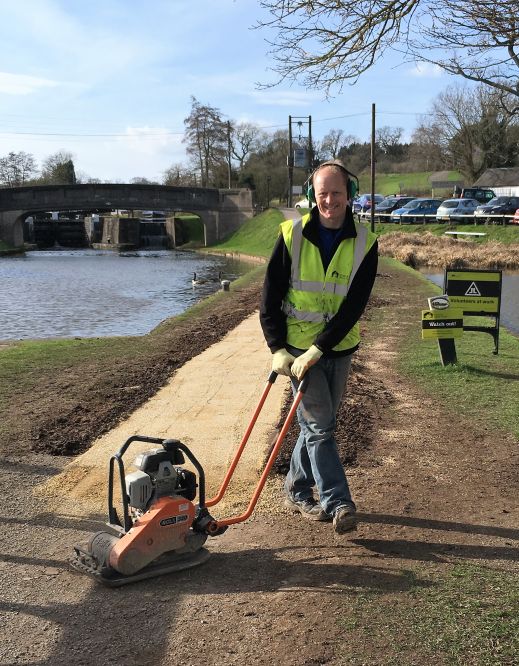 We used a compactor to set the gravel in place. As the day went on and we moved further and further down the towpath, we made use of the tractor to shuttle the gravel.

Since our work on the top section of the flight, almost all of the towpath down to Warwick Parkway train station has been renewed by other volunteers and staff. The work has been greatly appreciated by the staff that commute to work via the towpath.

Get involved and volunteer

All our work, including towpath restorations, would not be possible without the help from all our fantastic volunteers. There are so many ways to get involved.

We also need your help to ensure that, in our increasingly fast-paced and crowded world, your canals and rivers become and remain vital local havens for both people and nature.

The water management team spend their days making sure that we have just the right amount of water in our canals. Here they share some of the highlights of their work with us.