A lifeline during lockdown

Local waterways have been an escape for many during these difficult times. Our work to protect them is more urgent than ever.

Historical gems and audio footage of the Kennet & Avon Canal - a unique Georgian canal in the heart of Bath.

The Kennet & Avon Canal was 200 years old in 2010 and the anniversary was celebrated with an exciting programme of repair and conservation of the canal’s important features.

Now you can listen to two audio trails which tell you more about the Kennet & Avon Canal. Audio Tales explores 12 key features on the canal between Halfpenny Bridge and Darlington Wharf. Overheard Conversations invites you to eavesdrop on intriguing historic conversations and letters about the canal.

Click on the links below to listen to the audio tales:

Click on the links below to listen to the audio tales:

The audio trail covers a 1m length of canal and can be started at any point between Darlington Wharf to the east of Bath and the junction of the River Avon and canal via both the Bus and Train stations in the west.

A 2 mile circular trail that links with the city centre takes in impressive Georgian architecture, the Holburne Museum, Pulteney bridge and a riverside walk and can be started at any point along the route. 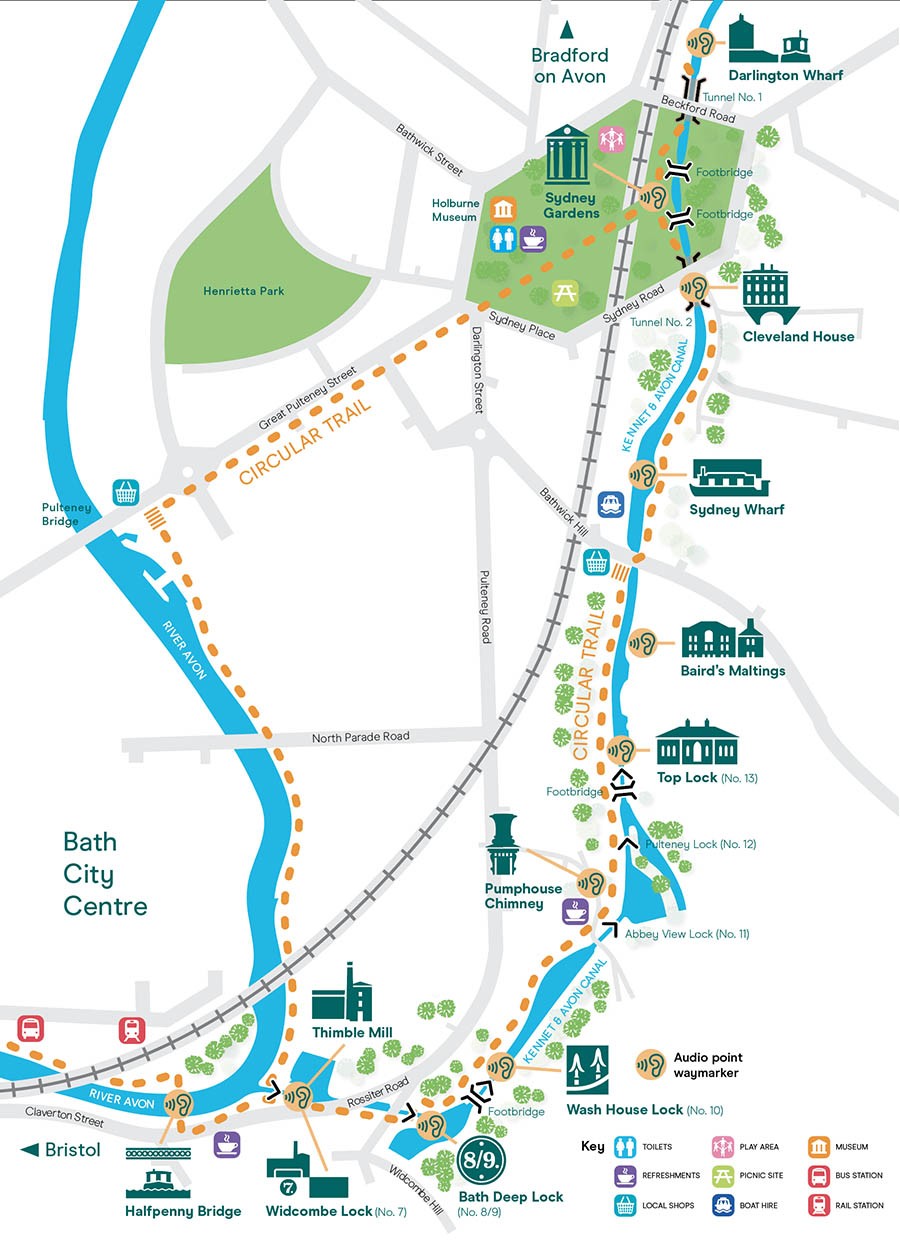 The canal in the city – Bath’s Georgian architecture 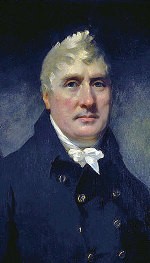 Although the canal was a commercial route, John Rennie, the chief engineer, took great care to make sure that the canal and its bridges and buildings reflected Bath’s Georgian architecture.

Where the canal cut through the popular Vauxhall pleasure gardens (today’s Sydney Gardens), the proprietors insisted that the Canal Company provided two ‘elegant cast-iron bridges, after the manner of the Chinese’.

The bridges were installed by George Stothert, the local agent for the iron foundries at Coalbrookdale in Shropshire.

Another interesting structure is the elaborately decorated chimney beside the towpath at Lock 11, all that remains of the former pumping station.

Families, schools and youth groups can find fun things to do at www.canalriverexplorers.org.uk