Wildlife and fishing by James Buckley

I am a hugely keen fisherman and that means being on the river bank or towpath a lot. I see magical things and have many stories to tell about the wildlife I have seen.

When I sit watching my float, the blue streak of a kingfisher or a splash of a diving duck, is amazing to watch. For me, and I would hope for most anglers, there is more to fishing that simply catching fish. 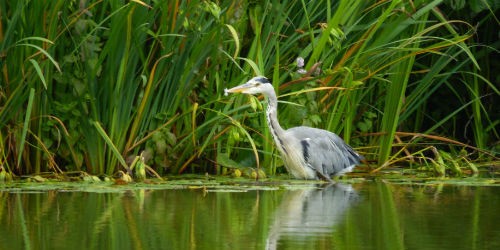 My first story of wildlife sightings was when I was actually out on a day trip with my grandparents. We travelled to a local nature reserve we were having a nice day out in the sun. Following a picnic lunch, we went for a walk around the reserve and the lake.

In the lake we could see many fish basking near the surface and in the tall trees around us was a heronry. It was a spectacular sight as the huge herons flew in, over our heads and landed in the trees opposite us. 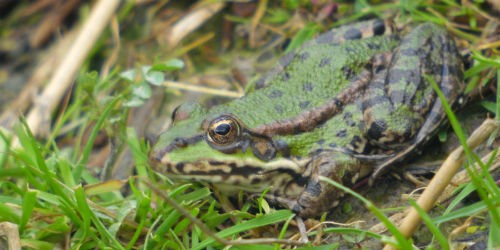 As we walked further round the lake we came across a group of small islands. They were overgrown with large amount of grass and reed habitat. The islands were man made, built to encourage water voles and on one of these islands I spotted a frog.

I quickly took a picture and then pointed the frog out to my grandmother and she quite quickly spotted it too. I then tried to point out its location to my granddad but he really struggled to see it. After about 5 minutes of describing where it was, he finally spotted it. The frog soon jumped into the water and swam off.

My next story was when I was on holiday on the south coast. Located behind the place where we stayed was a large marsh. This marsh had high grasses and a network of rivers that connected to lakes and then to the sea. I had seen fish in these rivers before and standing on the pub garden bridge and looking into a river you could spot plenty of fish of various species.

In the nearby fields, alongside a footpath, lay an open area of river bank. I sat there quietly feeding the fish with some loose feed, hoping to see a bigger fish of some sort come into vision. Suddenly I could hear rustling behind me in the grass, a small head popped up out of the grass and a stoat ran along the grass bank behind me. I quickly took a picture and the fast moving little mammal disappeared as quickly as it had come into view. 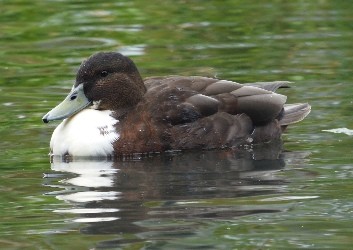 My last story, and probably my favourite wildlife story, happened when I was fishing in Norfolk on a large mill pool. There were four of us fishing that particular day. My Dad was there, plus two of our friends were with me.

The pool was 40 feet wide and it was all open water, but quite shallow. There were plenty of ducks swimming on the surface as well as two swans. The water was crystal clear and I was catching loads of fish. These fish were quite easy to spot from a high vantage point. I was standing in a small weir wearing waders and the water was rushing round my feet which was somehow refreshing on a hot day.

As we talked and fished we suddenly heard a shrieking sound we all thought was a buzzard. The noise got louder and louder and opposite the weir pool, above the trees an osprey came into view. It flew over the pool and dived, it stretched its talons out forward and its wings were back as it dived into the water. It lifted without a fish and flew away. That we thought was the last time we would see ever that handsome bird.

Fortunately, the osprey flew back and tried again, this time being successful and flew off with a small fish. At that point I did not have a good camera, so I couldn’t take any pictures, but that graceful bird was the best wildlife experience I have ever witnessed. I still remember the occasion as clear as day.

Hopefully, one day sometime soon, I will witness another feeding osprey. Of course, without healthy fisheries, paid for and looked after by the fishing community, we would have far lower populations of all of the fish eating birds.

Read more from James and his adventures along the waterways