A tribute to Stan Ward

Wolverhampton born and bred, the inimitable Stan Ward sadly passed away on Saturday 25 February 2017 while taking part in round four of the Staffs Individual Winter League on the Shropshire Union Canal at High Onn, Church Eaton, Staffordshire. Here’s a short tribute to Stan, brought to you by Lynn Cope and Paul Turner.

A life full of fishing contests

Stan was believed to be in his late 70s when he passed away and was the youngest of nine children. Stan was a veteran of many a canal fishing campaign, stretching back for half a century. Throughout his illustrious career, Stan fished for the likes of West End Working Men’s Club and was a stalwart of JTE Wolves in super league, winter league, NFA nationals and NFA regional finals. Stan also fished for Whitmore Reans CAA and Wolverhampton AA. He won a silver medal fishing for Four Ashes AC in the NFA Division 3 National in 2008 and spent his later years fishing under the banner of Bilston Angling Centre.

Stan’s best friend and travelling partner was Wolverhampton AA Van den Eynde captain, Paul Turner. Paul recalls: "I have known Stan for getting on 30 years but he was a pretty private man. He just wanted to talk fishing which is never a bad thing to talk about. He worked in car assembly and at a foundry. Aged in his 40s, it was at the foundry that Stan suffered a significant industrial injury. He was in hospital suffering from burns caused by molten metal on this legs and feet – indeed he did lose part of one foot but luckily it did not stop him fishing. During the period when Stan was recovering in the burns unit at the hospital, he said it was the thought of getting back fishing on his local canals that kept him going during those difficult months. In later years, I would pick him up from his home most weekends. On big matches such as the canal pairs, he would come along as a supporter. Whilst it’s fair to say Stan would not have been named in any one greatest ever canal team, when he drew on fish he was dangerous and won a match on the canal as recently as early February this year." 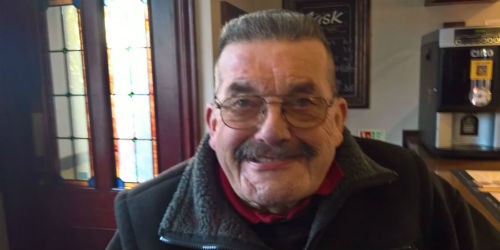 Respected far and wide for his immense knowledge of fishing as well as his cheerful banter, Stan was a true gent and an unassuming, modest man who will be sorely missed by all who knew him. Someone once said that the creator works in mysterious ways. Stan ended his days doing what he loved most, which was fishing on the Midlands canal network.

Paul Turner, Fred ‘the Bread’ Cheetham - the Staffs individual winter league organiser, along with Stan’s other angling companions on the day, wish to express their sincere gratitude to fellow anglers Simon Preece and Lewis Kenyon, who rushed to Stan’s aid to administer CPR. Gratitude also goes to the paramedics who attended the venue and fought hard on his behalf.