A life in volunteering – a profile of David Kent

Although he will remain on the group as an ordinary member, David recently stepped down as chairman of the Trust’s National Angling Advisory Group which was established back in 2011. We thought the time was right to pay a tribute to this most remarkable of volunteers. As is quite often the case, the fisheries and angling team was ahead of the game, for the Trust was not formally launched until July 2012. Yet our advisory group had been up and running for a year by then. Readers might be forgiven for asking what David is going to do with all that spare time now that he has relinquished the NAAG chairman’s role. Well, to help you answer that question here’s a sample of his remaining volunteering roles:

Loads of misinformed anglers out there really do believe David is handsomely financially rewarded by the Angling Trust in particular. Figures of £30,000, £40,000 in one case £60,000 per annum have been suggested as payment for his role as Angling Trust director. If only! The truth of the matter is that, save for volunteer expenses, none of his volunteer roles have any remuneration associated with them whatsoever. 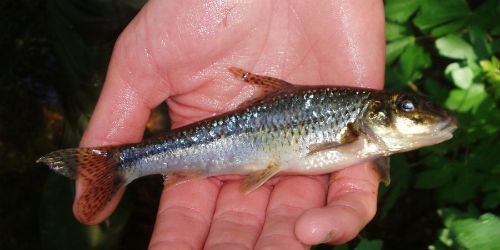 In June 2017 David will be celebrating his 60th anniversary of catching his first fish. It came as no real surprise to learn that David could be added to a very long list, perhaps stretching into the millions, of people who caught their first fish on the canal. In David’s case the venue was the Erewash Canal on the Long Eaton Victoria Angling Society waters, when a gullible young gudgeon could not resist the 10-year old’s hookbait offering. The rest, as they say, is history so we all owe a huge debt of gratitude to that particular Gobio gobio for hooking David into his life’s work.

David took out membership of the Society the same year and has been a member for 59 years. He has carried out the role of society secretary for no less than 39 years and is still going strong. His first volunteer role with the club was bailiff back in 1966, the year he completed his A levels and entered the world of employment. In those days, England won football tournaments but were also fans when it came to the angling world championships. How things have changed thanks to the likes of Dick Clegg. David was appointed to the Long Eaton Victoria committee in 1968 and took over the role of secretary in 1978 from Ron Cartwright.

David won his fair share of junior matches, mostly on the Erewash Canal. Once his parents thought he was old enough to be safe, he started exploring the delights of the nearby River Trent. Until 2016, David can’t recall being out of the top ten in the Society’s club championship, winning the cup on four occasions and runner up on the same number of occasions.

In a team captained by Rob Cartwright, David’s debut came in 1971, arguably the greatest national of them all with no less than 116 teams of 12 lining the banks of the River Severn in the last of the All England weight nationals. There was intense but respectful rivalry between three great teams of that era, Birmingham Anglers Association, Coventry & District Angling Association and Leicester Angling Society. Unbelievably, Long Eaton’s peg draw, 68, placed in between Leicester, 67 and Coventry, 69, and with the Birmingham Anglers Association’s Austin Clisset pegged not far away. From a ridiculously shallow swim, David hauled out 8 oz of bleak (14 fish), but that was enough to beat the Coventry man, R Jarvis, who went dry from a similarly challenging swim. Dave Downes’ peg, however, was much deeper and he landed over 7 lbs. This helped Ivan Marks’ Likely Lads to one of the great national victories of all time. The Long Eaton team ended up in 68th spot. 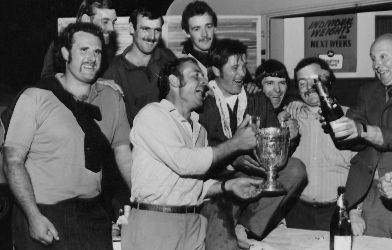 Being caught up in the middle of the drama of possibly the greatest national of them all (until the upcoming 2017 Division one national that is) must have left an impression on David. Since then, he has been the event manager for over 100 nationals (divisional, junior, ladies, disabled, veteran) so far. But he didn’t stop competing either. After the 1971 event David went on to fish another 21 nationals through to 1993, missing out on selection on only one occasion. In 1975 came his greatest success as a team angler when Long Eaton Victoria took the Division Two crown on the River Trent.

His best individual performance was a national on the Welland. Team orders were not to fish for big fish, but spend all five hours fishing for small fish close in. Arriving at his peg, David saw a bream roll about two yards from the far bank. He decided that he would have just one cast on the bomb to see if he could snare said specimen, but mindful of captain’s orders, decided he would leave the bait in situ only for the length of time it took him to smoke a solitary cigarette. Within seconds of the bait hitting the water, David had what he thought was a line bite which didn’t develop. Alas, when he reeled in, the worm had disappeared. There was nothing of for it but a second long chuck. The tip moved almost as soon as the bait had settled and a couple of minutes later a 2 lb plus bream was safely in the net and half decent section points secured. Phew! No more proper bream were forthcoming, but skilfully focussing on putting together a run of small fish enabled David to place over 6 lbs on the scales for a very healthy sixth place in the section.

David was appointed to the NFA’s national executive in 1983, having been eastern region secretary and treasurer prior to that. He chaired the National Federation of Anglers Education and Development Committee and the Promotions and Events, including competitions, Committee until 1992. In 1992 he was elected as NFA Vice President, a position he held until 2004. President during that period was Ken Ball, with whom David has a close and fruitful working relationship. Their relationship brought a stability to the organisation after the departure of David Bird and the untimely death of David’s successor as President, Gerald Rollinson. In 1997, the Joint Angling Governing Bodies were formed. David was chosen as the NFA’s representative. The group had the remit of developing participation in the three disciplines, coarse sea and game, and David was co-author of the first ever Angling Development Plan. Their success led to a doubling of the Sport England grant for angling development. David was an active participant in angling development before it became fashionable, as this article from 1990 illustrates. Yet another role that David undertook during that era was as NFA representative to the European Anglers Alliance, 1999-2002, when he was also a member of its subscriptions group. David was rewarded for his loyalty with life membership.

1994 World Championships and other international events 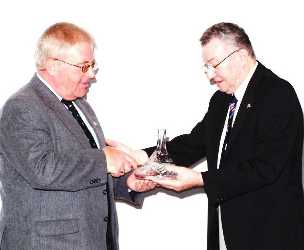 Along with thousands of other supporters, my brother and I lined the banks of Holme Pierrepoint that year. The individual triumph of both the England team and Bob Nudd will live long in the memory, as for me will the performance of Steve Gardener, who landed a single perch, the only angler to trouble the scalesmen in a line of 20 competitors. What vital team points those were. Whilst the fishing was disappointing with far too many dry nets recorded, the organisation was first class. FIPS president, Fortune Jagelin, was quoted as saying that in his time as president the1994 world championships were the best organised. It will come as no surprise that David Kent was the tournament director for this event and that all the things that ordinary anglers would not think about – from buses to hotel accommodation – all went without a hitch. It remains David’s proudest achievement.

It’s almost a quarter of a century since David and Malcolm Burdett first sat down with Matchroom to discuss the idea of televised match fishing with a massive, by angling standards, winner takes all first prize. That first final was held at Mallory Park and David has only missed being present at one final in the events entire history. On top of that, as event organiser, David has attended an average of four qualifying heats each year. Another sponsor with whom David had many dealings was Embassy. The tobacco giant pumped around £500,000 into match fishing, a sum which the sport has never been able to sustainably replace. I do wonder just how many hours David has spent at behind the scenes organisational meetings for match fishing events?

It’s often forgotten that David did hold down a proper day job. David was a senior manager with Severn Trent Water for many years. Outside of work, he organised their staff angling competition, the Fred Lester Trophy Match, from 1977 through to 1998 and played an active role in the Severn Trent team success in the Annual Water Industries Coarse Angling Championships. In David’s reign, the team triumphed on three occasions and finished runner up on a further half a dozen or so championships. David won his section many times during his WICAC career. The big rivals in the 1990s were Yorkshire Water, with two members of the Barnsley Blacks in their line up, and Thames Water. The British Waterways team were often there or thereabouts too and did manage to defeat the mighty Severn Trent and take the title on a couple of occasions. 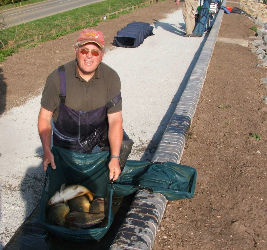 Whilst we sipped our coffee, I could not resist noting down David’s two near misses. He has always wanted to land a 20 lb carp and in matches at Boddington reservoir he landed one on the pole which was weighed in at 19 lbs 15 oz. He even tried to persuade the scalesman to give him the extra ounce but all to no avail. Not many match anglers will ever weigh in 200 lbs either. David’s best match weight was a pretty impressive 199 lbs 3 oz, again at Boddington on the pole but again, agonisingly short of the double ton milestone.

David rightly considers his 77 lbs catch on the Trent at Claymills as a far superior angling achievement than either of the above. For his catch that day comprised of 103 chub up to a pound plus a solitary roach. It was non-stop action.

David will have mixed with most of the all time greats in the match fishing world. To end our get together, David’s fun challenge was to name his greatest five River Trent match anglers of all time and after some pondering, particularly over the final spot, his selections were

He also mentioned Ian Heaps' father Jim as probably the cheeriest person he met during his time in fishing to date. 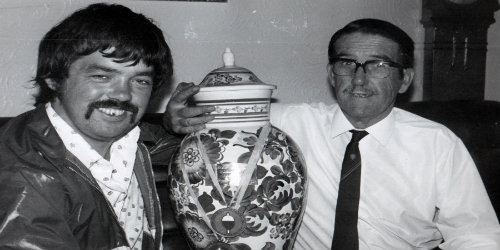