The life and times of David Bird

Thirty years have flown by since David Bird was famously elected as president of the National Federation of Anglers (NFA) in 1987. Our younger readers might not have heard of either David or the NFA. Like any volunteer who gets involved in angling administration, it all starts off with an initial love of the sport and a desire to put something back. For David, that initial love was the competitive side of the sport.

In his younger days, David was a keen match man. Starlets’ Paul Dennis felt that Dave Bird was a very underrated performer on the match circuit. Back in the 1970s, when the range of tackle was limited, David was one of those anglers who could design and make brilliant tackle items. His floats were superb, far better than you could buy back then in tackle shops. He had an astute tactical brain and played to his strengths, becoming very knowledgeable on his favourite venues and always being thoroughly organised. Nothing was left to chance. 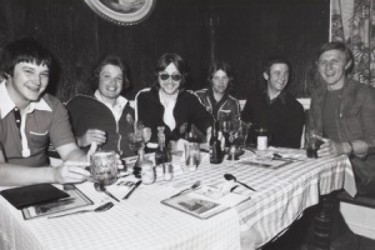 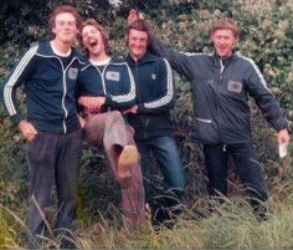 Paul also recalls the 1978 Rye Super four team match on the Kentish Rother – organised by David, who was also a member of our four man Starlets team. We three team members were charged with attending to bait and tackle, while David left to run the draw.

David Bird (right) has a laugh down on the Rother, where Paul Dennis (second from left) enjoyed the match festival.

With bait fresh riddled, prepared and divided, we arrived at the draw to discover that our pegs and sections were already drawn and allocated. David gave us a run down on each of our sections, and suggested a slight re-distribution of bait to suit the species we would be targeting. ‘We have a good draw today. I expect you boys to empty it. We are going to win!’ he thundered, before seeing us off to our sections.

I’m glad to say that we didn’t disappoint him, but it was David who played the captain’s innings, winning his section with ease as we totalled 190 points out of a possible 200.

A brief history of the NFA

In times before Angling Trust came into being, there were three separate governing bodies for coarse, game and sea fishing. In freshwater, coarse anglers make up the vast majority of participants and the NFA was the governing body of coarse fishing. The organisation was founded back in 1903. At the inaugural meeting, Alf Waterhouse represented Birmingham and Philip Geen’s London Anglers Association were founder members. Albeit working in a voluntary capacity, the president was effectively the chief executive. David became it’s eleventh president in 1987, an honour only ever held by 13 others.

David Hall recalled the story behind Birdy’s decision to run for president. ‘We would sit and talk well into the night. With alcohol flowing, we would put the world to right, then have little memory of any of it the next day'. In fact, talking on the telephone David Hall recalls the conversation just after one such boozy occasion 'Right Hally, you’ve talked me into it, I’ll stand.' ‘For what?' Hally asked. 'The presidency of course, you’ve talked me into it.' And he did stand and he won. I can tell you with hand on heart, I have no memory of any such conversation. 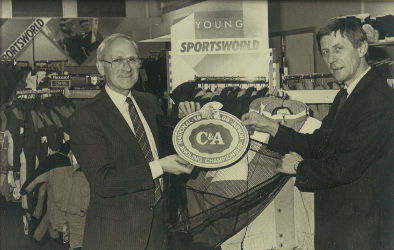 Bruno Broughton recalls that during the late 1980s and early 1990s in his NFA years, it was David who led the moves to drag angling into the modern era. ‘Without his direct involvement, the eventual outcome of furore over anglers’ accidental poisoning of mute swans with lead shot could have had a hugely damaging impact on the sport.' He squared up to and faced down anti-angling moves wherever and whenever they appeared. He initiated the collaboration with Friends of the Earth that led to the launch of the ‘Charter for the Water Environment’, a milestone campaign that reflected his strong belief that angling was a force for environmental good. He had ongoing dialogue and met face to face with the RSPB and the RSPCA, among others, on many occasions.

Working alongside Ken Ball, who was one of the NFA’s vice presidents at that time, they both made considerable progress in persuading the then British Waterways to take its fisheries more seriously. Tom Leatherland, the head of fisheries who recently passed away, cemented a good working relationship with both David and Ken. David even made a video appearance urging anglers to take care and avoid fishing near overhead powerlines in Dickie Carr’s famous London canal fishing video.

For several years, David served the Angling Trades Association as its environmental director. Working alongside Bruno Broughton, his work took in matters as diverse as cormorants, shark-tagging, the Common Fisheries Policy, reform of fisheries legislation, overhead power lines and angling in schools. Bruno recalls that one of their proudest outcomes was to appear together before a House of Commons Select Committee and persuade that committee to specifically exclude angling from the provisions of the 2006 Animal Welfare Act.

At this time, David started writing a regular political column for Tackle & Guns, the trade magazine published by his old friend David Hall. There was no-one and nothing that did not become a target for David’s pen if it related to angling anywhere in the world. His friends would cringe whenever a new article was due for publication; they never knew who would be target.

During the time that David was serving the ATA, he became heavily involved in the concerns of specialist anglers and became the chairman of SAA, working with Mike Heylin as secretary. Together they composed a detailed analysis and response for Britain’s anglers and the tackle trade to the EU Common Fisheries Policy review and redraft. It was all encompassing, went to 26 pages and was submitted as a joint paper from SAA and the ATA. Apparently, it ruffled a few feathers at the then National Federation of Sea Anglers who had also submitted a response comprising six pages. It was not the first time, nor would it be the last, that actions by David caused a little grief to others in the game.

David had always believed that anglers needed a single body to represent them and the SAA, under David’s leadership, played an important part in the development of Angling Trust. 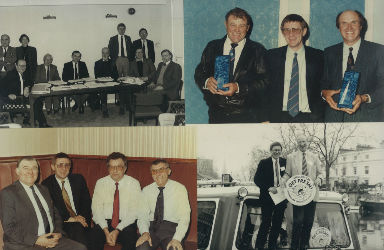 Like most people who set out to change things for the better, David had his faults. As Mike Heylin wrote at the time of David’s passing in 2010 ‘it’s fair to say that David was not everyone’s cup of tea, but he was a dear friend and I was proud and privileged to know him. When we were together we both felt we had known each other for ever and were brothers. David had an opinion on everything, from Europe and the Common Fisheries Policy to the international needs of fish, angling and anglers. He had a world vision, was well read in his subject and had an incisive and agile mind in developing new ideas and carrying them into fruition.’

Near the end of his life and having being diagnosed with terminal lung cancer he was talking on the phone to David Hall. David recalls that he suddenly came out with a classic ‘Birdy’ line when he said “It’s not smoking that kills you, it’s that furnace at the crematorium that does for you.” A great line, ironic but never the less a great line.

David knew he was dying and being determined, as only David could be, not to miss the fun of the party at his wake he arranged 'A Pre-Cremation Soiree' of all his angling friends and called it for Wednesday 18 August at 1100. Everybody thought this was a great idea and they were looking forward to seeing him and enjoying time with him. The phone call from Maggi, his wife, came through at 0700 that morning. There would not be wake that day, David had passed away.