Which really is the world’s oldest angling club?

Someone once said that you learn something new every day if you pay attention. It was a chance conversation with Keith Elliott, angling author extraordinaire and editor of Classic Angler a while back that pricked my ears up. It made me re-assess what I believed was probably the correct answer to the question as to which is the world’s oldest angling club.

Perhaps you should never take as gospel truth the results of internet searches. For a quick Google search on this topic identifies several contenders for the title and only one of them, at the very most, can actually be the holder of the title. 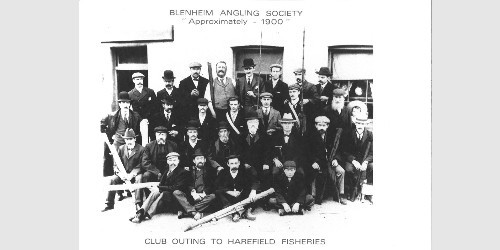 When, after a spell at Anglian Water, I first joined British Waterways back in the 1980s, a few of our London based clubs had just celebrated their centenaries. Back then, with my limited knowledge I had somehow thought that one of these clubs such as Blenheim Angling Society, founded back in 1880, might hold the title of the oldest angling club in the world. How wrong could I be? Michael Nadell, in his superb book History of the London Roach Pole, lists no fewer than 127 active fishing clubs of London by 1881. Blenheim are not even present on that 1881 list or on the more extensive listing of J P Wheeldon, compiled in 1883. How many fishing clubs were active in the whole country by then? Well over a thousand is my gut feel. So Blenheim Angling Society must be considered mere whippersnappers in the overall scheme of things.

Getting on for 20 of the London area clubs listed by Nadell and Wheeldon have brother or brothers in their title. The Amicable Brothers sounded a friendly bunch, as did both the Social Brothers and the Sociable Brothers. I imagine the Savoy Brothers would have been an up-market crowd, even back then. The Hoxton Brothers, based in Shoreditch, or the Havelock Brothers from Hackney, if they were still going in the 1930s and 1940s, would have been local to the young Kray twins. Perhaps they joined the Good Intent Angling Club instead, but there again, perhaps they didn’t. Another club with brother in the title, and which is still going strong, is the Brunswick Brothers formed back in 1885 by a group of dockworkers.

Only fools and horses 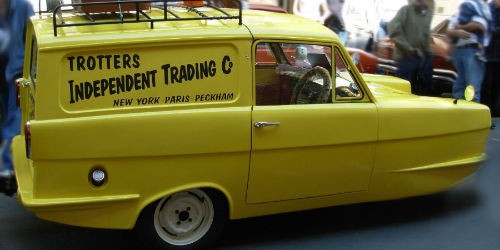 Peckham hosted the Peckham Perseverance Angling Club and the Peckham Brothers. And yes, you guessed it, there is indeed a reference to a club called the Rodney, although where precisely in London it was based is unclear. More likely than not, it was at a hostelry of that name. The oldest angling clubs that I am aware of that were or still remain based in the capital are The True Waltonians Society, named of course after Izaac Walton and founded in 1830. The True Waltonians Society rented fishing rights from the Grand Junction Canal Company in the Rickmansworth area and we have on file an old agreement dated 12 January 1898 to that effect. The Piscatorial Society founded in 1836 still flourishes to this day and employs a team of four fisheries staff to manage their fisheries.

At one stage, I had believed that one of our most pro-active Lets Fish clubs the Northampton Nene Angling Club might be the oldest club in the UK, if not the world. For club president Ron Collins has once shown me an old article indicating the club controlling fishing rights by around 1856. My patch also included the Lee Navigation and before long I encountered the Amwell Magna Fishery. I then discovered that this club had been founded way back in 1831. To the best of our knowledge they are the oldest club in England who have continually fished the same original water. Other clubs founded pre 1860 include the Aire Fishing Club, Carlisle Angling Association, Derwent Anglers Club, Eaton Fishing Club, Grassington, Threshfield and Linton Angling Clubs, the Upper Exe Fishing Association, Rochdale Waltonians Angling Club and Ryedale Angling Club. 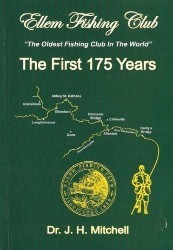 The Ellem Fishing Club was founded in 1829 and whilst their claim to be the worlds’ oldest fishing club isn’t totally accurate, they will surely be Scotland’s oldest fishing clubs. They even have a museum at Paxton House, opened in 2007, dedicated to their history. It’s on my list of places to visit the next time I venture north of the border.

It is believed that the Newcastle-on-Tyne Waltonian Club started life somewhere between 1822 and 1824. Unless you know differently, this club is no longer in existence. One club that was certainly founded in 1822 was the Houghton Club. Based at Stockbridge, they fish Hampshire’s River Test, famous for its trout fishing in particular. I am assuming that they must have had a ‘gap year’, otherwise they could lay claim to the Amwell Magna’s claim to be the oldest club continually fishing the same water.

And so to Salford Friendly

As a result of the passing of the 1817 Friendly Societies Act a group of like-minded anglers in Salford decided to institute a Friendly Society for the benefit of local anglers. They held fishing rights on the River Irwell which, before urbanisation and pollution took their toll, was a prolific fishery. A proportion of members’ subscriptions were paid into monthly savings, sickness and death benefit polices. At this time in history, the average life expectancy was around 45 for men and 48 for women and the population of the UK only around 10 million. 1817 was the year in which the bicycle was invented, James Monroe became the fifth president of the United States and there was a typhus epidemic in Scotland. The Society must have made good as it even purchased a pub in the 1860s known as the ‘Fisherman’s Hut’. The building was eventually sold and sadly demolished in the early part of the twentieth century. The Society is still going strong to the present day and about to celebrate its bi-centenary. Salford Friendly Anglers Society is, I believe, the oldest angling club in the UK but is it really the world’s oldest angling club? Well it might depend on how you define a club.

The Welsh Diaspora steal the crown

In 1729, when a group of predominantly Welsh immigrants met in Philadelphia to talk of establishing a fishing club, the population of the British colonies on the North American mainland was not much more than 600,000. But set up a club they most certainly did, for in 1732 the Schuykill Fishing Company was established with the objective of running the fishery on the Schuykill River. The club, originally called the Colony at Schuykill, was set up as a mini colonial government with an elected governor and even a coroner! Ordinary members were entitled citizens and the waiting list soon became lengthy. This and much more is known because an extensive club history was published in 1830, with updates both in 1889 and 1932.

Fine wining and dining at the State in Schuykill

As well as actually fishing, the members have traditionally been big into dining and consumption of various alcoholic beverages. Fish House Punch is a famous American indulgence and its origin is generally credited to the Schuykill Colony. In times gone by, on the typical menu would be a range of fish from perch, bass, lobsters, salmon, trout, sturgeon and even shad as well as venison, pork, rabbit, squirrels, game birds and sea turtles. The elite of American society would attend the club’s annual dinners. Some famous names that made it include George Washington, (who had a drop too much alcohol by all accounts) Ulysses Grant, George Meade, George McClennan and the Marquis de Lafayette. You can find out much more about the club in the November/December 2015 issue of Classic Angling and back copies are available.

If reading this article has raised your interest and you are pondering taking out a membership of the Schuykill today, it’s going to be mighty difficult. Total membership is currently capped at just 30 and there is a waiting list to even get onto the waiting list. It might just be simpler and less costly to join Salford Friendly Anglers Society instead.