Unlocking the Severn, the forgotten story of shad

This blog, brought to you courtesy of Charles Crundwell, reflects on the history of the shad which effectively disappeared from most of the freshwater River Severn in 1844. Their story is all but forgotten.

The River Severn story is like that of many rivers. Fishing was a vital source of food, employment and trade. We can date the importance of fishing back to at least 1247. Historic documents have numerous mentions of fish traps or fish weirs as they were often described. So what set the Severn apart? Well partly its size, but also it contained numerous fish species that can only survive in rivers with no barriers and large catchments. These included sturgeon, salmon, lamprey and shad. Even in medieval times, the natural abundance of this resource was well known across the Kingdom.

The first record of shad being supplied to the King (Henry III) was in 1257 to see the monarchy through Lent. The importance of the fishing was recognised by later monarchs who introduced some of the first fisheries laws just to protect the shad. In 1558 Queen Elizabeth ordered the destruction of fishing weirs below Gloucester to prevent the taking of “any lamprey, shad or Twaite”. Even at this time the shad were split into the two types, the larger shad (latterly referred to as Allis) and the smaller Twaite. The Allis shad was the most highly prized and was unique to the Severn.

English Civil War years and beyond 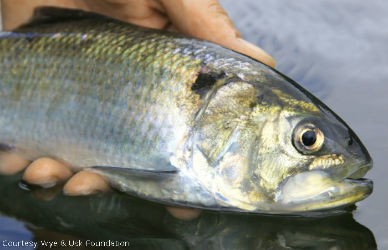 During the Civil War documents refer to the scene at Tirley and Ashleworth: “fishermen dragging their nets for shad, while boom, boom went the cannon in its work of death and destruction”. Later on reference was made to “troops occupying Upton on Severn and in Longdon Heath, the fisherman plied their nets below the red cliffs of Ryall for the salmon and shad”. I imagine the troops provided a ready market for their catch?

After the Civil War and with Charles II restored to the thrown in 1662, he gave orders for “200 shad from Gloucester to be sent to him in Westminster” and by the end of his reign he had introduced more laws “preventing the unlawful destroying of fish, spawn or fry of fish in the River Severn”.

This royal connection continued into the Georgian era and further underlined the importance of shad, with the first law restricting the size and operation of nets specifically to protect the shad. “Shad and a great quantity of twaits come up the river which cannot be taken by nets with methods of the dimensions limited by the said Acts”.

Mother of all herrings 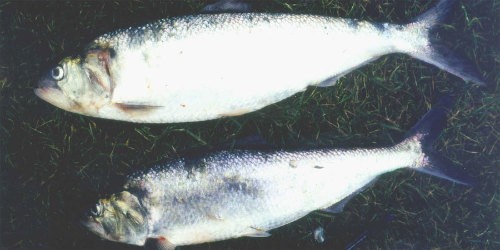 So why were Severn shad so highly prized? Well, their abundance certainly must play a part, but the main reason was the presence of the larger Allis shad. It was referred in documents dated 1763 as the “Mother of Herring”, “the difference between the Severn shad and Thames shad is so great that they do not seem to me to be the same fish. The Severn fish eats much better and is not full of bones”. Indeed they are not the same species, but at this time they had no idea how they reproduced and believed the completely un-related bleak was the young of these mighty shad as it had a passing resemblance.

The golden era and impressing the Tzarina

1776 to 1822 was the golden era of the Severn shad. They were plentiful and recognised as a superior commodity across the kingdom. Many books of this time referred to the Severn shad being without equal. By 1776 reference appeared of the shad harvest being sent to London and not just for royalty, but the new wealthy inhabitants. There is also a single reference in 1781 of them being ready stewed, put in barrels and sent to the Empress of Russia.

The story and reference frequently confuse the two species, the larger Allis shad were generally referred to as simply shad, whilst the Twaites were named as such. In 1788 a book recounting a gentlemens’ tour of the shires on describing Cheltenham commented that Twaites “are brought in large quantities to Cheltenham and sold cheap”.

It is from this point onwards that it is clear the smaller Twaites were the food of the local people and caught in huge numbers and sold cheap along the Severn and market towns some distance away. The larger shad were much prized and were generally sent to the markets in London, this made all the more remarkable in an era of challenging transport. Numerous references can be found to the fact that shad commanded a higher price than salmon on the London market. 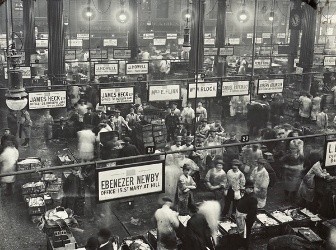 Beginning of the decline

The first nail (although not known at the time) of the bountiful shad harvest came in 1791 with the starting of the Worcester/Birmingham canal. The Severn, up until then, had been large enough not to need formal navigation works, but as the century progressed more and heavier goods were being taken by river. Coal and iron were moving downstream from Ironbridge and luxury goods, such as wine, were moved upstream by physically pulling the Severn trows over the shallows. Upton on Severn was a well recorded bottleneck and the gravels were regularly dredged.

The industrial revolution was now in full swing and the engineers and administrators of the day were looking for ways to improve river transport. To quote an 1824 reference “the river is navigable the whole way; but navigation is very much impeded by the lowness of the water in summer and by floods in winter, there is neither lock nor weir upon the Severn from Poolquay in Montogeryshire to the mouth of the Avon near Bristol a distance of 155 miles”.

Their fate is almost sealed

It was not until 1836 in the History of British Fishes, that scientists finally agreed the difference between Allis and Twaite shad, less than ten years before their fate was sealed by the construction of the navigation weirs at Lincomb, Holt and Diglis. These weirs effectively confined the shad to the river and estuary below Worcester. The decline was rapid and shad all but disappeared within two years of construction despite the rudimentary fish passes included on each weir. The weirs also blocked the route of some other forgotten species on the Severn, such as sturgeon and flounders. 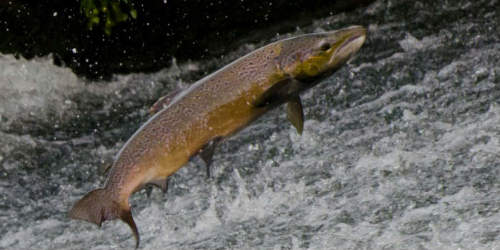 Salmon populations limped on because of their great ability to jump substantial weirs and swim strongly against the flow. The shad’s disappearance did not go unnoticed. It was recorded by the Severn commissioners and the Government inspectors of salmon fisheries. The appetite to intervene was just not there, despite almost annual complaints from the Severn commissioners to the operators of the navigation weirs.

By 1879 records show that the shad previously supplied to the London markets from the Severn were now coming from Holland. I think the best reference to the loss of shad was recorded by the Governments’ inspector of fisheries in 1862. “The finest river in England is nearly ruined by building walls across it, sufficient to stop everything except a large and powerful animal.... yet notwithstanding there is no river affords more hope than the Severn were its restoration properly taken up. The whole character of the river and its tributaries is favourable.”

The Commissioners’ annual reports became more and more the only record of shad as they were quickly forgotten by the public, apart from the few netsmen that continued downstream of Worcester and in the estuary. In 1894 they recorded simply “Shad promise soon to be extinct in the river.”

Thankfully the commissioners were not quite right, shad still just hold on in the Severn below Worcester, returning each year from the Severn Estuary to spawn. Their numbers are tiny compared to the historic level and thought to be declining as the impact of years and years of being locked out from their naturally spawning areas continues to take its effect. The public is barely aware of their existence.

The Unlocking the Severn project is a partnership of organisations, including us here at the Trust, working together so 154 years after the commissioners wrote “no river affords more hope than the Severn were its restoration properly taken up” will once again unlock the river. It will make available over 250 kms of former known spawning grounds. In time shad will return to their former haunts. Shad restoration projects have been shown to work elsewhere in Europe and North America. Equally exciting, the project will give the people of the Severn back their lost heritage. Shad are a unique commodity to this river and the nation deserves to know the story of and, once again, witness shad swimming up the river to Welshpool each spring for the annual spawning migration.