The early history of salmon and freshwater fisheries law

Those of us of a certain vintage like to reminisce about the glories of bye-gone eras. How much better things were back in the good old days. When we fished as youngsters, we recall the idyllic sunny mornings when we landed fish a plenty. Our selective memories skip those more frequent rain soaked trips that ended with little or nothing being placed in the keepnet.

Likewise, we may have selective memories when considering the state of our fisheries. Once a little research is undertaken, it quickly becomes apparent that all was not rosy in times gone by. The numerous modern challenges that beset our fisheries are not entirely new. 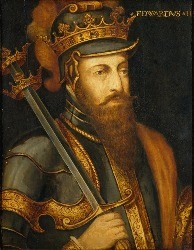 Most historians confer that King John was not a popular fellow amongst English citizens. It was Matthew Paris who said ‘Hell itself is defiled by the presence of King John’. The barons forced him to introduce new laws in Magna Carta, a document signed on the River Thames at Runnymede. The wording of chapter 23 recognises the harmful effect of weirs. ‘All weirs from henceforth shall be utterly put down through Thames and Medway and through all England except by the sea coast’. The law was not apparently adhered to and so further statutes in the reigns of Edward III and Henry IV gave justices powers to pull down offending weirs built in navigable waters before 1272. What historians are not 100% agreed on is whether these weirs were a hindrance to navigation, ie they were fishing weirs that obstructed the way of craft, or whether they were a hindrance to migratory fish. Perhaps the answer is both of the above?

In 1402, it was written ‘they (weirs) destroy the young fry of fish and against reason fish become wasted and thus given to swine to eat, contrary to the pleasure of God and to the great damage to the King and to the people’. The county of Cumberland was ahead of the game with their local statute dating from 1278, whereby ‘weirs on the Eden, Esk and Derwent should have a gap of such size that a sow with her five little piglets can enter’.

In 1285, during the reign of Edward I, the Statute of Westminster declared that ‘it is provided that the waters of the Humber, Ouse, Trent, Done, Arre, Derewent, Wherfe, Nid, Yore, Swale, Tese and in all other waters wherein salmon be taken shall be in defence of taking salmon from 8th September until 11 November. The statute continued to protect young fish by ‘prohibiting fishing for young salmon between the middle of April and 24 June. It wasn’t until the 1870s that a close season for coarse fish was introduced.

In 1538, Henry VIII passed into law ‘an act against killing of young spawn or fry of eels and salmon’. A close season for the fry of eels (elvers) was introduced covering the period from 1 February until 31 July. Shortage of fisheries staff was as much of an issue in times gone by as it is today, for the elvering laws were not greatly enforced and consequently largely ignored on the ground. This dramatically came to a head in the Victorian Elver Wars of the 1870s, many of the prisoners sentenced for elver fishing being employed by the canal company at Gloucester Docks. 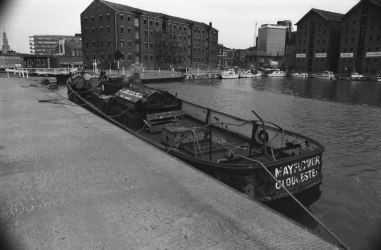 Henry VIII’s salmon close seasons ran from 1 May to 1 September for young salmon and from 14 September to 11 November for spawning salmon.

In 1558, Henry’s daughter Elizabeth I, the last of the Tudor monarchs, took a great interest in fisheries and extended the protection of immature fish to all kinds and specified some early size limits. Maybe that’s why she never found time to hunt down a suitable husband. 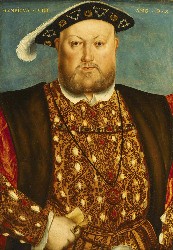 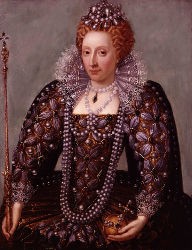 Improper netting was raised as an issue in numerous medieval parliaments. In 1376, it was recorded ‘by the method of trawling, the fishermen take such quantity of small fish that they do not know what to do with them; and they feed and fatten their pigs with them, to the great damage of the commons of the realm and the destruction of the fisheries’. Eventually, in 1389 Richard II brought in early law prohibiting certain types of nets. It wasn’t enough to prevent him for being deposed as King in 1399. Further action was sanctioned by Henry VI in 1423 who, ‘whilst permitting the use of nets drawn by hand, prohibited those fastened and hanged continually by day and night in the Thames’. These fastened nets are what are known today as examples of fixed engines.

Managing to find time between arranging various marriages, keeping mistresses happy, beheadings and endless disagreements with the pope in Rome, Henry VIII brought in an act making it an offence to take fish from ponds, stews and moats without the owner’s consent. His daughter, good Queen Bess, went on to pass law punishing the crime of fish theft with three months imprisonment. Harsh of Elizabeth you might think, but not as harsh as subsequent legislation passed in the reign of George III. For this increased the penalty for the offence of fish theft to transportation to the colonies for seven years. There are some fisheries owners who would like to see this on the statute books today. 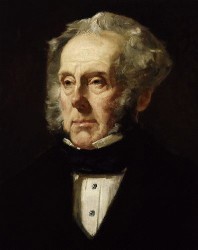 It was the Statute of Westminster in 1285 that ‘assigned overseers which being sworn shall oftentimes see and enquire of the offenders’. This is the first reference to what we know today as Environment Agency bailiffs. In 1393, Richard II passed legislation giving the job of fisheries enforcement to the local justices of the peace. Despite this early legislation protecting fisheries, the decline of salmon stocks had reached such epic proportions that Palmerston’s Liberal government of 1860 appointed commissioners to investigate and report on the matter. It was to bring about the beginning of modern fisheries law as we know it today.