I recently met up with a group of 'whippersnappers' who each in their different ways have found fishing to be a wonderful tool for their personal health and wellbeing.

The 'Old Codgers' of Tring

Almost a year ago, the Tring Anglers decided to start a weekly event for members (and occasional guests) aged 55 and over. The competitors refer to themselves collectively as the Tring Old Codgers. Their matches remind me of the club level competition scene of my youth where it was the taking part and social side of the day that was the most important reason for being there. Catching a few fish and maybe winning enough to cover the fuel and bait bill was an unplanned bonus. Some weeks, matches are rod and line only although I am sure the use of a London Roach Pole would be permitted if anyone asked or were strong enough to hold one for five hours.

Rules of the game

Pegs are not fixed, quite a common thing in parts of the south east with contestants walking off at 30 second intervals. No overtaking is permitted. The competitors have embraced modern technology in other regards: communicating with each other via Facebook being one notable example. The winner of the weekly midweek match had the privilege of choosing next week’s venue. You can find out who won last week’s match here.

Brian has recently returned to fishing after a lengthy hospital spell. ‘I was in hospital for 16 weeks with colitis and for 12 weeks I was completely bedridden’ recalled the man who was once again happily targeting his favourite fish species. ‘John, if I catch a few fish today it’s a bonus, I am just grateful to be sitting here in the towpath taking in the scenery and breathing the fresh air. There’s a few roach topping down the channel, so I am hopeful’

Retired policeman Richard recently suffered a major health scare. An active member of the committee, involvement with the club gives him a huge sense of purpose. I am currently ‘having to slow down a bit and take it a little easier’ opined Richard, which might just mean a bit more actual relaxing fishing, perhaps on his favourite Aylesbury Arm peg rather than other club duties. 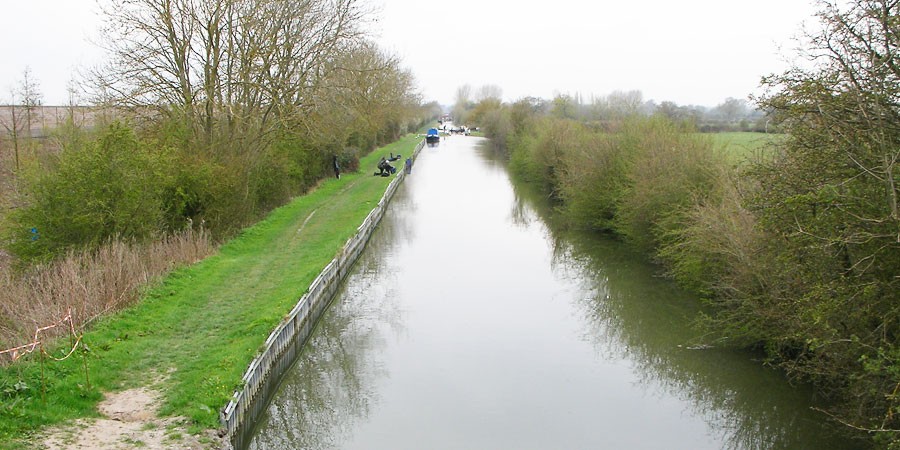 For Richard has been leading club work parties for many months on the clubs River Thame fishery at Shabbington. Richard is also a level one coach and the club are an active partner in the Trusts Let’s Fish Campaign. Richard is also on the waiting list to receive advance canal fishing training from Simon Mottram so that he can offer even more value to the people, young and old that he teaches. ‘Even I am not yet too old to learn’ quipped the portly ex-copper. ‘We desperately need to get more people fishing on the canals for the future of this great sport and I am determined to play my part’.

Born in 1947, the year that the Tring Anglers was founded, this is Dudley’s second spell as a club member having once again found his angling roots. Dudley explained ‘For quite a few years I must confess I was seduced by the lure of the commercial fisheries scene. But more recently I have come to realise that catching a bag of roach, skimmers and gudgeon using methods that involve finesse and precise bait presentation are now far more satisfying to me than the huge hauls of hungry carp you might catch at a heavily stocked fishery.

A keen angler since his youth, where he has fond memories of his favourite peg at Bulbourne Dick’s escape from the rat race of business life in London and the Home Counties was forced on him by the combination of a heart attack and diagnosis with type 2 diabetes more than a decade ago. 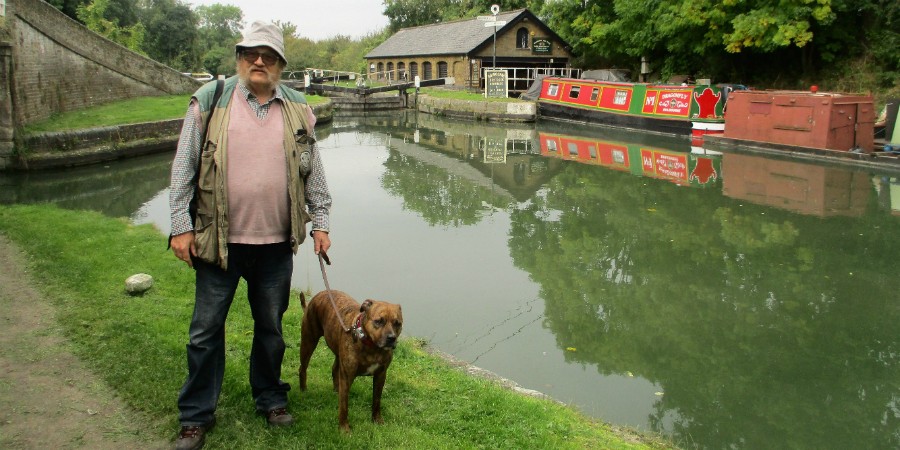 My GP was keen that I shed a couple of stone with some urgency. Getting involved in bailiffing the club’s fisheries meant I could burn off the calories, help the club financially by selling day permits and help protect fish stocks by keeping an eye out for fixed engines thus killing at least three birds with one stone. I try and fish the old codgers matches as and when I can, but these days much of my spare time in the summer is taken with running Let’s Fish events.

‘For me, fishing’s a great way to keep the doctor at bay, far better than an apple a day in my opinion. For one thing, it gets me out of the house. There is always a useful length walk to the fishing peg which gets the blood circulation, heart rate and breathing rate up. Once I am set up and the whistle blows for the all in, I feel on top of the world sitting by the water’s edge. I am then just focusing on how to attract the next bite and not much else.

If you are 55 and over and fancy taking part in a midweek fun fishing match on the Grand Union Canal where the emphasis is firmly on taking part and enjoying the banter count for much more than winning, then contact The Tring Anglers on Facebook or email Dick Pilkinton at RPilki6002@aol.com and 01582 841985. There is a rumour that the Trust’s National Fisheries manger will soon be old enough for eligibility.

Why fishing's good for you

Make friends, get active and learn a skill - how fishing can improve your wellbeing too