In praise of the gudgeon

I have to confess that I'm a big fan of the so called humble gudgeon. For me Gobio gobio, formally named by Linnaeus the Swedish taxonomist in 1758, is a wonderful species of fish.

I am even willing to risk public humiliation by confessing to the fishing world that the gudgeon is my favourite fish of them all. To do this wonderful species justice, this blog is in two episodes, for there is far more to the gudgeon than most people appreciate. 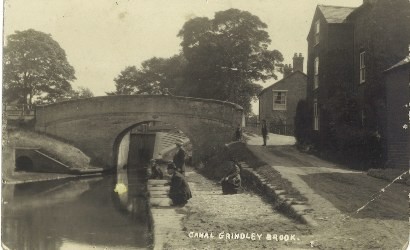 I wonder just how many fishing careers have started off with the capture of a gudgeon on a flowing river or canal towpath? Only the bold, biting young perch gives itself up so easily to the child with the bent pin. In my youth, on the banks of the Llangollen Canal, my mates and I would catch 20 or 30 gudgeon for every perch we encountered. For this was the era of the perch ulcer disease which significantly reduced the population of our stripy friends. Canals with a good head of gudgeon are superb locations for angling participation taster events. All you need is a short whip, rig and a single pinkie on a size 20 or 22 and hey presto, the float should slide away in no time at all. With a little luck, another young angler is hooked for life on our wonderful sport.

Easy to catch a few; hard to catch loads

Yes, gudgeon are easy to catch, but keeping them coming all day long in a match situation is another story altogether. Winning a competition with 4 lbs, 6 lbs, 8 lbs or optimistically, 10 lbs of gudgeon in a five hour contest is a real test of skill. I recall my personal best all gudgeon catch was just over 4 lb on the Llangollen canal and reckon I had over 200 fish for that weight, for Llangollen gudgeon were always tiny creatures. It was always an ambition to somehow catch more than 10 lbs of gudgeon in a match and I never got close, but love would to hear the recollections of anyone who has achieved that feat.

How many gudgeon to the pound?

At Grindley Brook in the days of my youth, there were around 50 gudgeon to the pound. In the 1980s my brother and I would venture to Broomhill open matches on the Staffs Worcester at Gailey. Here the gudgeon were around the same size and more tightly shoaled, for although we always caught a few, we never drew a potential winning peg. On some canals, the gudgeon are much bigger, maybe 25 or 30 to the pound. On some of our rivers the gudgeon go much larger, maybe only 10 or 15 to the pound. Oh for a river like that somewhere near my abode.

Gudgeon, gudgeon, my kingdom for a gudgeon

Thinking back to my Angling Times winter league days, I wonder how many anglers, like me, prayed for the capture of just one gudgeon on some tough to crack peg just to avoid the disaster of a blank and no team points. There must be thousands of us out there who are forever grateful for that single eight dram gudgeon that saved the humiliation of a dry net and the wrath of our team mates. Has any other species of fish got so many team anglers out of jail? 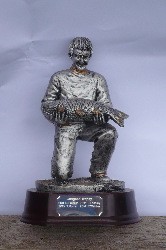 The club hold an annual contest on a mixed fishery where several people ‘complained’ that they caught more gudgeon than carp. To make things interesting, the club dreamt up a fun match were gudgeon would be the only fish to count and be weighed in. As a result the gudgeon match, with the honour of winning the gudgeon cup, was born. As an extra incentive the club have a bonus prize of a bottle of wine if anyone manages to catch over 15 lbs of gudgeon. Since 2012, this has only been achieved once. In the last three or four seasons fourteen anglers has weighed in an average total of about 104 lbs of gudgeon, which equated to over 7 lbs (3.5 kgs) per man.

Gobio gobio is a short lived species, usually living to three or four years of age; very occasionally one or two might celebrate their fifth birthday. Gudgeon populations are cyclical. Like most fish, the female produces plenty of eggs and most fry will never survive the first winter. One thing that people rarely stop to ponder is that a significant percentage of fish in a natural fishery die each year. If they didn’t, the inevitable end result would be a fishery with all fish and no water. It’s only in the event of a pollution or disease that fish mortality reveals itself to the public but in reality it’s happening under the water all the time. Predators will naturally select the weaker individuals and decomposing bacteria and fungi will naturally break down the carcasses of deceased fish.

A one and a half or two ounce gudgeon gives a good account of itself on the right tackle, I must confess I even netted a monster gudgeon once in a match on the Shropshire Union at Soudley. Pound for pound, I reckon the gudgeon is a potential contender for the title of the hardest fighting fish. It should come as little surprise that a group of anglers dedicated to the cause of capture of specimen gudgeon finally came together in 2009 to form their own society which now has a membership approaching 500 strong.

To find out more about this remarkable, but previously little known, organisation, the unique Wiltshire town that hero worships the gudgeon plus a remarkable catch of gudgeon by Ian Heaps, do look out for part two of the story of the gudgeon coming up soon.

See how many different types of fish you've caught before.