The angling world recently reflected on and celebrated the life of popular north west and Ted Carter Southport squad-man Barry Thomas who hails from Darwen. Over his long and distinguished match fishing career, Barry picked up no fewer than 11 team event national medals.

The angling world recently reflected on and celebrated the life of popular north west and Ted Carter Southport squad-man Barry Thomas who hails from Darwen. Over his long and distinguished match fishing career, Barry picked up no fewer than 11 team event national medals (plus a couple more from individual nationals). This puts him not that far behind all-time national greats such as Ivan Marks (15 medals) and record holder Billy Lane who amassed 17 medals. 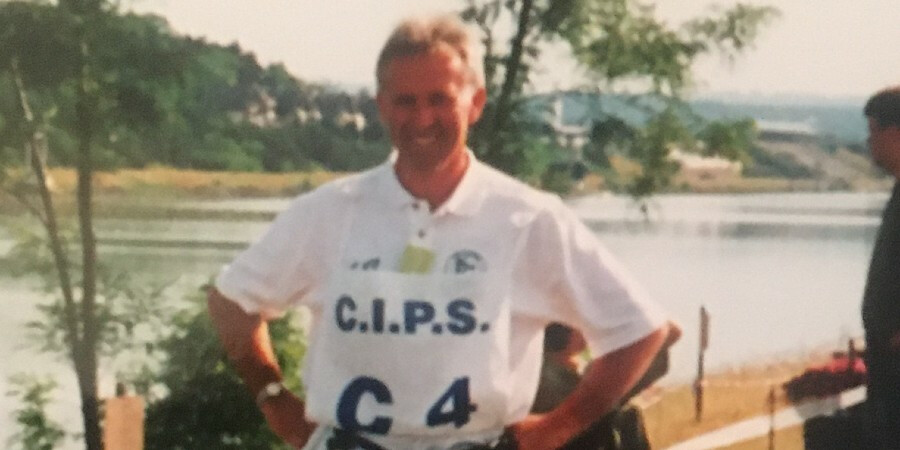 Back in 2018, Barry was diagnosed with motor neurone disease and sadly passed at home with his loving wife Anne by his side on 8th February 2021. Anne added, “Barry had a passion for angling since he was introduced to it at the age of eleven and that passion never faded.  Right up until he died, he was still speaking to friends and team mates wanting to know which peg they`d drawn and how it looked. If he had fished the area before, he always shared his knowledge. He just loved it”. Barry requested that the Dire Straits classic Brothers of Arms be played at his funeral to symbolise his love for his team mates and friends that he had met during his successful angling career. Barry was admired and held in high regard by anglers all over the country for his respectful, positive and kind loving nature and will be sorely missed.

Barry fished his first national for Southport back in 1977 and the team won promotion to the top flight in 1981. Barry`s close friend and team mate Graham Carter fondly recalls, “Barry was always at the forefront of team successes and we have had so many great memories over the years. Back in 1984 the team was again competing in the division two national held on the Grand Union Canal in West London. Local teams such as ABC were perhaps expected to dominate but  Barry was instrumental in determining the tactics and plan that day and we won the event with 873 points, Barry himself scoring 76 out of a possible 78 section points.  I believe this is a record team points score that still stands to this day”. Interestingly, ABC gained ‘southern revenge’ when they stole the show on the Division One on the Leeds & Liverpool Canal the following year.

Barry`s team fishing career with the Ted Carter Southport team spanned over four decades, inevitably playing a key role for one of the longest standing and most consistent teams in country Barry was the captain for part of this era including for the 1998 victory on the Division One national held on the Thames. His passion for his beloved Southport team never dwindled, illustrated by the fact Barry was the only remaining angler from the Southport Team to pick up team gold in the division one national in both 1998 on the Thames and 2017 on the Shropshire Union Canal to add to his earlier golds of 1981 and 1984.

Southport and the World Club Championships

Following the 1998 success, Barry led the Southport side in the World Club Championships held in the Czech Republic back in 1999 where they finished 7th overall.  Barry’s last national was the 2017 Shropshire Union Division One event when he won B section with 4kgs 570g. This also put him 9th individually. Although it came too late for Barry, Ted Carter Southport followed up this win  by representing England in the 2018 World Club Championships in France. Southport  finished runners up to the home nation club after having led at the half way stage. Some good judges argue that only the likes of Barnsley, Starlets and Dorking are capable of winning this kind of event; Southport almost proved them wrong on that occasion. 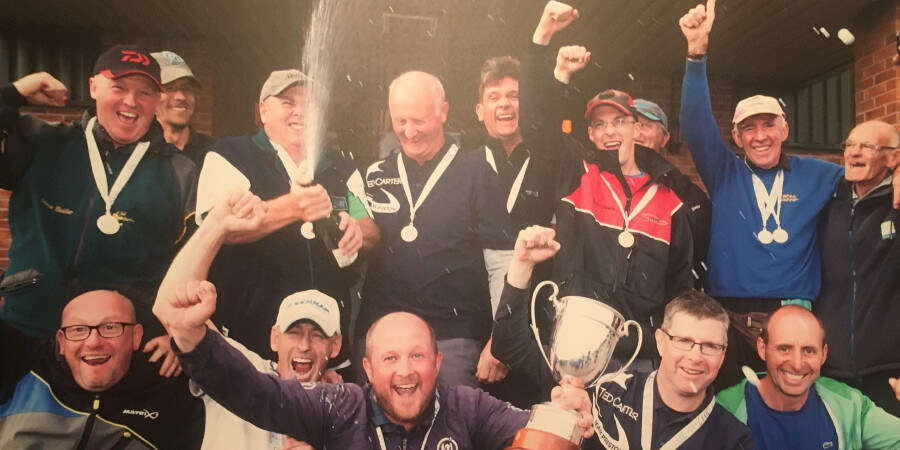 Barry has amassed a tremendous collection of medals over the years as set out here.

Putting back into the sport

His dedication to his team was admired so much by his team mates over the years and he played a big part in supporting and coaching many younger anglers along the way too.  Barry spent endless hours on the phone offering advice and encouraging his team mates to become better anglers.

Barry`s long standing travelling partner and close friend Dave Connell said, “I`ve been fortunate to travel and have the support of Barry in my angling career for many years.  Fishing aside I have been privileged more so to have Barry as a friend and for that I have been blessed.  Barry has always been by my side with the running of our local reservoir Hoddlesden in Darwen and he selflessly dedicated so much time and wanted to put something back in to the sport at every opportunity”.

Despite losing such a great man and personality for our sport we must be celebrate his successes and admire his contributions over his long career in angling.  Barry will be sorely missed but certainly never forgotten nor too will his signature bum bag and red cap of which were his trade-marks!