It’s a year ago that we first featured St Neots based Blake in one of our articles. Another 12 months have flown by, and we are pleased to report that Blake is still as enthusiastic a piscator as ever.

He has acquired the fishing habit and no more escaped maggots have been spotted in the fridge. Here we explore the highlights of Blake’s 2021 fishing year, courtesy of Mum, Alison.

Blake continues to be very passionate about fishing and will ask most days “can we go fishing?”. He even wanted to go fishing on Boxing Day, but I drew the line there! Blake enjoys fishing by the River Great Ouse for fun but also loves to join in with some of the St Neots Angling Club matches. Blake tends to be the only junior participating, but he doesn’t let that deter him.

He continues to sit there for the five hours whatever the weather! He still uses his tried and tested 3m whip. He was taught to accurately plumb up the depth by one of the Let’s Fish technical coaches at the national celebration of young people and fishing and this is now something he does at matches and it seems to help him get a better run of fish. His fishing achievements were recently celebrated at school. This is something I feel very passionately about. I’m a strong believer that non-academic achievements should also celebrated alongside academic success.

Blake became a member of the Offord and Buckden Angling Club, setting himself a challenge to try and catch a big river barbel and/or chub out of the club waters. He has only had one session trying which alas wasn’t very successful, so we ventured to our local tackle shop for some advice on a better set up. He just needs to get a few more sessions in so hopefully he can catch one. He knows it’s a difficult challenge but he is keen to try.

Blake also enjoys carp fishing and had some good trips to Lawn Farm at Cambourne over the summer months. He enjoys using his feeder rod but also fishes the margins with a float and sweet corn. It took Blake a while to get used to handling these bigger fish, but he can now confidently land a carp, handle it, and release it back safely into the water. 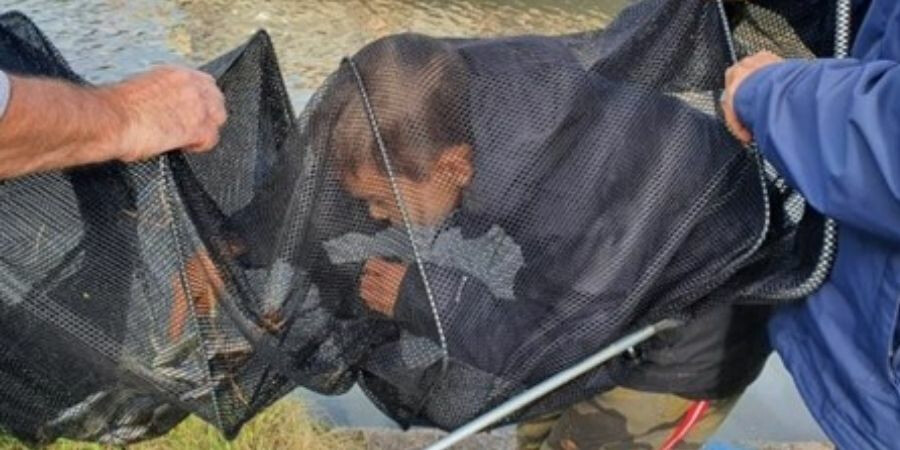 Blake absolutely loved everything about the national celebration. I’m so glad I decided to drive him there and that the weather was kind too. Having witnessed the occasion first hand, I now see why so many people concur that it’s something every young person with an interest in fishing should take part in at least once.

He fished the whole day independently and managed to get a good run of silvers. I was so proud of him, especially as he had only just turned 11. Blake was desperate to get his hands on a gudgeon mug and as luck (or should that be skill?) would have it, Blake caught the biggest gudgeon of the weekend. He was desperate to show the man from the Grand Union Gudgeon Society. It weighed exactly 25.0g, a specimen in anyone’s books. Blake loves his GUGGS mug and has a cup of tea in it most nights. 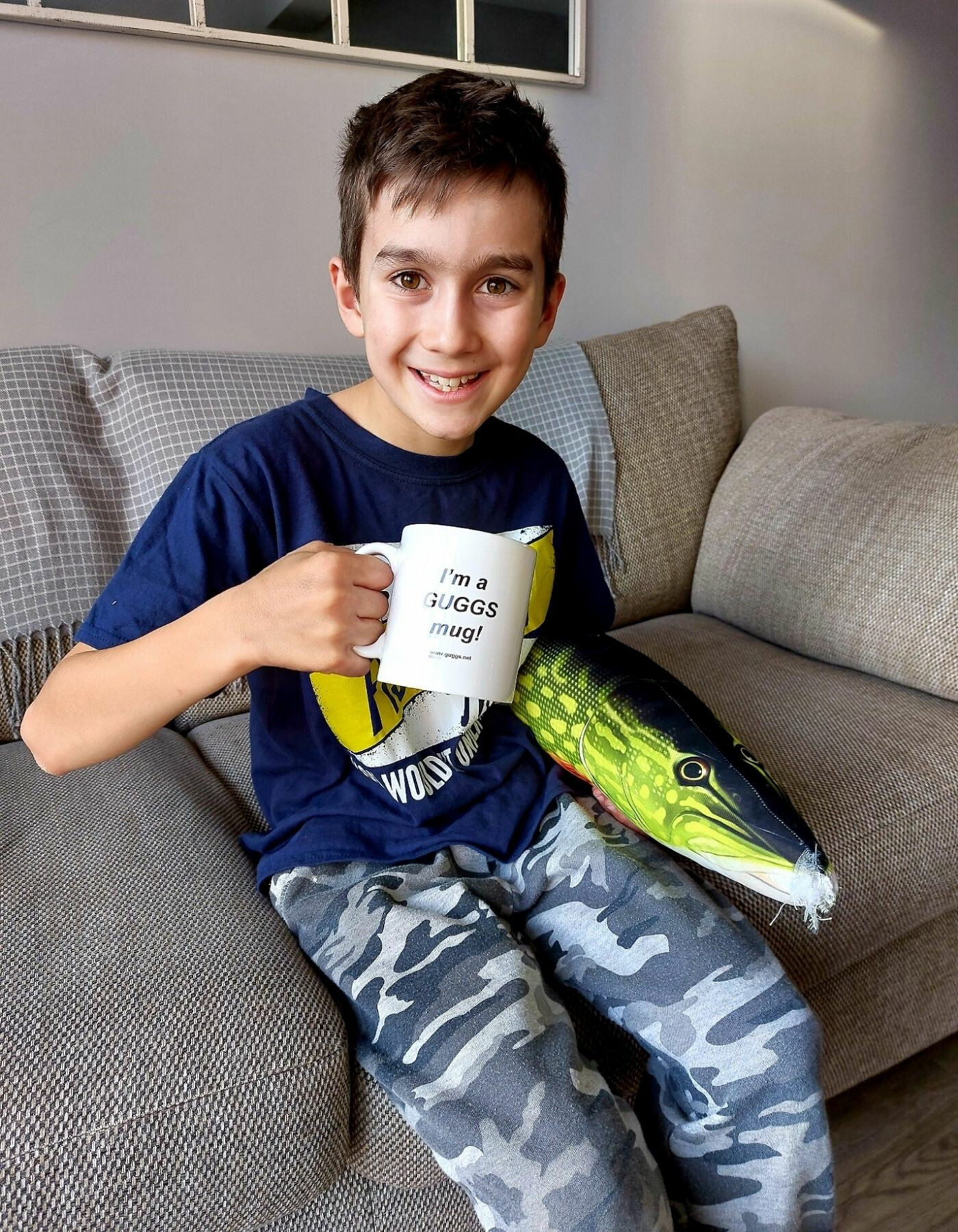 He also secured his Percy the perch badge, which is proudly pinned to his fishing jacket as well as an event certificate, medal, bait and groundbait. We can’t wait for next September’s event, when Blake is aiming to surpass his 770g catch. It was also nice for him to be third member of the Luton team.

St Neots Angling Club arranged a fur and feather match in December, something we’d never previously heard of! We discovered it’s an historic kind of event held in the run up to Christmas and everyone donates a prize and at the end everyone takes it in turns to choose a prize from the pot.

Blake was well up for it and very excited that he was guaranteed a prize at this match. It was a cold December match day and Blake drew a swim where the water comes off the main river into the back waters – a bit of a challenge but he managed to feed up his swim and caught a mixed net of silvers weighing in at 1lb 14oz and he didn’t come last. 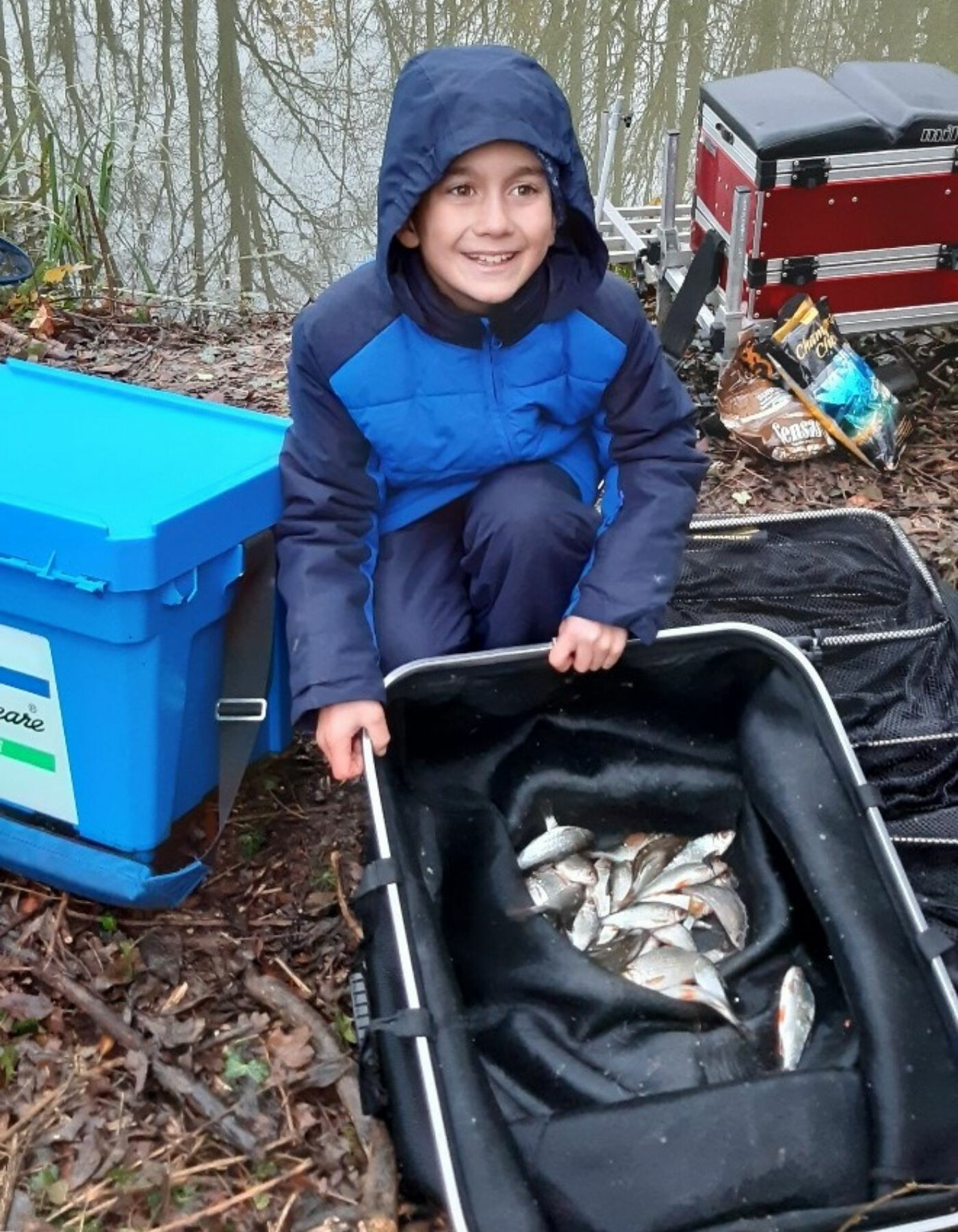 The club put together a junior prize for Blake and he got a bucket full of fishing things which he was absolutely chuffed with.  I’m so glad Blake can join in with the matches. although he’s the only junior now, it’s a great opportunity for him to fish alongside others.  I hope over time more juniors in the St Neots area will get into fishing, as it’s a great hobby for children and families. Perhaps the club will once again become active participants in the Let’s Fish programme.

Blake still shows great interest in catching pike. We’ve a few locals in St Neots who are experienced pike anglers. They are always so patient with Blake and happy to share some of their knowledge with him. We fished all day on New Year’s Day and were just about to go home when Blake’s fellow pike angling friends turned up.

We ended up staying until dark so he could fish for pike alongside them. It was worth it, because Blake captured a pike weighing 5 lbs – a new PB for him. He was so pleased with himself and it was great to watch him enjoying his moment of glory. He just needs to gain the confidence to hold them now! Blake is spending some of his Christmas money on a new rod and reel solely for pike fishing and is also investing in some braid line. Hopefully it will help him smash his PB sometime soon. 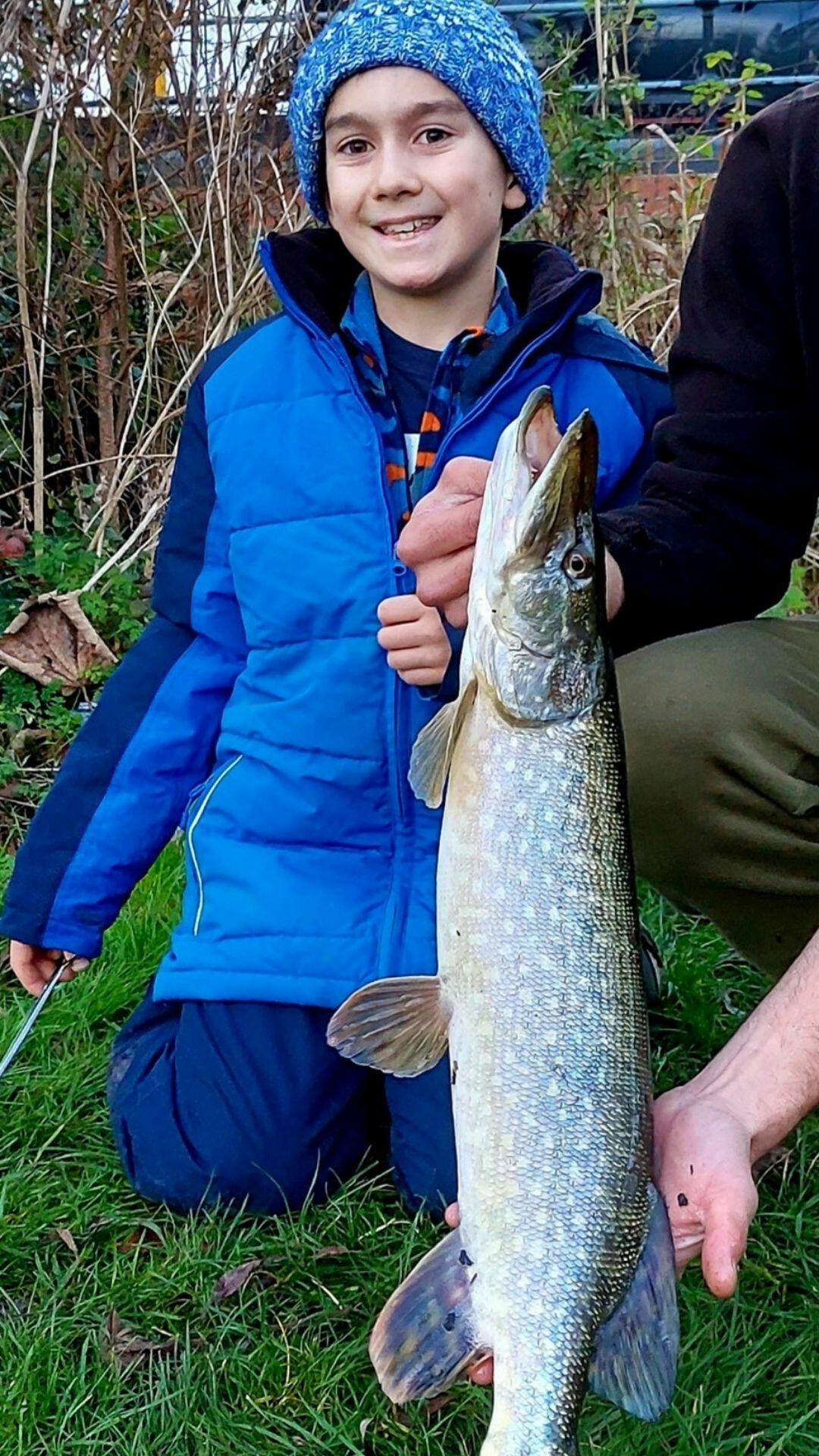