Angling’s continued survival as a sport relies so heavily on the commitment of its volunteers in various capacities. We met up recently with Albert Morris, who for the last half century or more has played a pivotal role in ensuring the ongoing survival of the Northern Anglers Association.

Born in Salford in 1933, Albert’s early memories involve playing a lot of football as well as frequent fishing trips to the nearby Manchester, Bury & Bolton Canal with roach and perch the main quarry. These days, the fishing on this canal mostly comes under the control of Little Britain Anglers. Albert vividly remembers how in the war years, some sections of the canal was actually drained so as to make key factory sites located alongside the banks of the canal less conspicuous to German bombers. 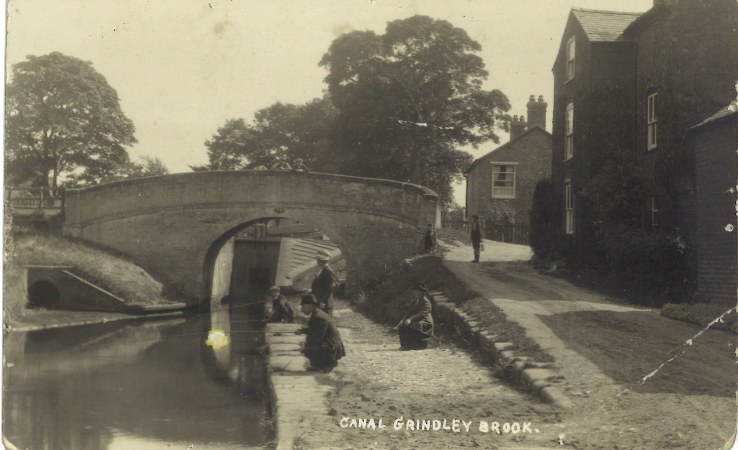 Train was the main mode of transport for anglers in the 1940s and 1950s. On Saturday mornings Albert, along with his fishing pals, would catch the train to Chester and then onwards to Whitchurch. Sometimes they would alight at Grindley Brook halt, for the fishing here was prolific.

On other occasions anglers would change trains at Whitchurch and take the Cambrian line in order to fish the canal at Fenns Bank or Bettisfield. He also recalls fishing the Whitchurch Arm and basin where shoals of bream predominated. Sadly and so short-sightedly, the arm was filled in not very long after the end of the war.

On other occasions, Albert would choose to fish the numerous farm ponds found in that part of the world. Predominantly stuffed with stunted rudd or crucian carp, some excellent tench fishing could also be had in the opening weekend of the season. Typically anglers would return to the big city on Sunday evening, having slept in the open air on the Saturday night whilst keeping their fingers firmly crossed for dry weather.

On other occasions anglers would travel by bus. After leaving the city, the coaches would typically stop at Altrincham and Knutsford before reaching the Shropshire countryside, where there would be several drop offs at key access points. On some occasions coaches would take anglers as far as the banks of the River Severn.

Albert first started fishing the Trent in the early 1950s and recalls at least four coach loads of anglers leaving Salford on most Sunday mornings during the fishing season. The Trent was a river in the process of recovering from the impact of water pollution and held huge shoals of gudgeon at that time, with double figure catches a common occurrence. The great Leigh angler Benny Ashurst was at his peak during this era and Albert gleaned many tips on caster fishing from the great man.

Enforcement of the close season was taken very seriously during the post war years. However, there was no coarse fish close season in Scotland and Albert periodically ventured north of the border to fish the Tweed for roach. The fisheries board considered the humble roach as vermin, a view not necessarily shared by English coarse anglers.

Northern Anglers Association (NAA), one of the great angling clubs of the north, was founded on 7th December 1889. They were a founder member of the National Federation of Anglers back in 1903, with delegates Tom Redford and Daniel Cuerdon representing them at the inaugural meeting. The NAA was organised into a number of centres and these included Wigan, Halifax, Bolton, Blackburn, Manchester/Salford, Lancaster and Preston amongst others.

Annual membership in these golden years of angling participation was consistently around 23,000. Until relatively recently the association controlled fishing on over 50 miles of the Lancaster Canal as well as large chunks of the Leeds & Liverpool and Macclesfield canals. Via membership of the Shropshire Union Canal Angling Association, members also had access to long lengths of the Shropshire Union and Llangollen Canals. Alas, it is sad to report that NAA membership these days is less than 1% of that at its' peak.

Like many anglers of his era, Albert was and remains a dedicated match angler who rubbed shoulders with the greatest practitioners the kingdom has ever produced. He recalls with fondness the glory years of 150 peg winter league matches. His list of match wins number many hundreds as can clearly be illustrated from the contents of his trophy cabinet. He competed for the NAA in around ten All England Nationals, making his debut on the Trent in 1954, the winner of which was Nottingham Federations' Ron Lye with a weight of 15-1-12.

Over the years Albert represented both NAA and Warrington Anglers at national level. He always favoured caster fishing over bloodworm and joker as he felt it attracted a better stamp of fish. Not only was Albert a major match competitor, working alongside Dick Brown, he organised two national championships on the Bridgwater Canal in 1995 and 1998 and still runs matches to this day.

Like so many wise judges, Albert rates Ivan Marks as the best angler he ever had the pleasure of fishing against. Not far behind comes Benny Ashurst and son Kevin, both of whom learnt their trade on the north western canal circuit. Two other angling heroes are 1975 World Angling Champion Ian Heaps and Little Lever’s Alan McAtee, who represented England at full international level in the 1980s. Albert ran a memorial match for Alan during 2015 which he hopes to make an annual event.

Looking forward to correspondence from the Queen

Adjectives that would describe Albert definitely include persistence and tenacity. Announcing proudly that he would carry on with running the NAA at least until he passed away, I asked him, somewhat tongue in cheek, when he thought that might be. Quick as a flash Albert confirmed that the possibility was not even on the agenda for serious discussion until sometime after her majesty has sent him a special birthday telegram. I for one will not be betting against him or indeed Her Majesty fulfilling their respective pledges.

More blogs from our series

We have lots of interesting blogs all about angling, find more here