A tribute to Coach Pat Byrne

100 active licensed coaches play a role in the Canal & River Trust’s Let’s Fish programme each year. However, it’s with much sadness that we must report the recent passing of one the great stalwarts of the Let’s Fish family, Wellingborough’s Pat Byrne. In this article, John Ellis looks back with fondness at some of his memories of Coach Pat.

A tribute to Pat Byrne

I can't precisely recall when I first met Pat. Most likely 2018 but it would have been at our popular Foxton Locks coaching venue near Market Harborough. I was probably on front of house duty. Pat was accompanied then by a fellow who looked (indeed still looks) remarkably like one of the Hairy Bikers. That turned out to be recently qualified coach, Bryan Dray. Before long, someone had decided to refer to Pat & Bryan as the Chuckle Brothers, a name which stuck. Also in tow was a quiet little fellow who could clearly fish a bit, that was Ian Halliwell.

Two other stalwarts Barry Wilkinson and Kevin Jessop or possibly Richard Gibbs were also present that day. I didn’t know it back then, but Pat & Bryan, with Ian often in tow, would smash my Let’s Fish attendance record in double quick time. Some of this work was delivering participation events under the Nenescape banner. A successful heritage lottery partnership, and involving coaches from Wellingborough, Northampton Nene and the Hampton club.

The king of rapport

It was obvious that Pat was no Kim Milson, Bob Nudd, or Ivan Marks in terms of his technical angling ability. He never claimed to be. He took the view that others in his Wellingborough coaching team could develop participants to the next level in fishing, if that was the right thing for them.

As time went on and I observed his team in action, it steadily sank in that he and Bryan had one amazing attribute, namely a natural ability to create rapport and subsequently successfully engage with young people. Some of the young people that Pat worked with were classified as having special educational needs.

More often than not, Pat could communicate in their language and if he couldn’t then Bryan could. It was teamwork in action with Ian there for guidance on the technical side. It taught me something profound and yet fundamentally simple, if Let’s Fish coaches cannot fully engage with participants, then all the technical fishing expertise on the planet will never get put to good use. 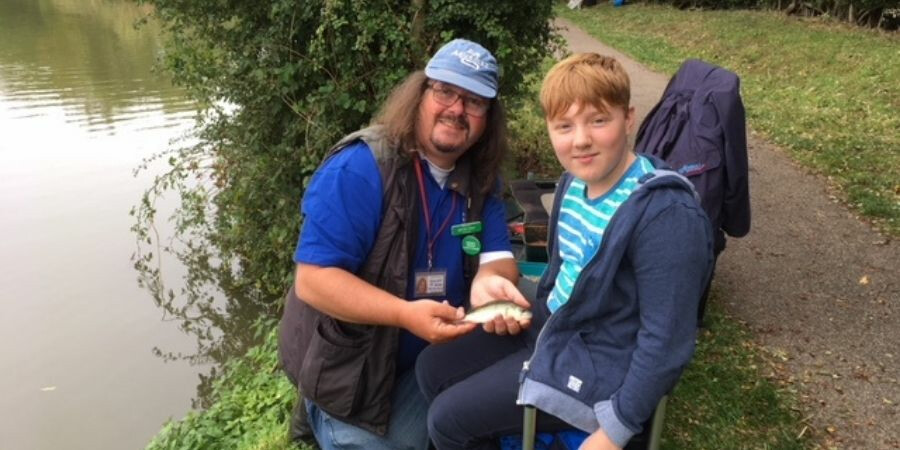 Come on the fishes

Pat's was arguably an idiosyncratic coaching approach involving amongst other things, cartoon fish and the periodic cry of ‘Come on the Fishes’. We might struggle to get Motty to adopt this latter approach in the Canal Pairs final, assuming he and Preecie ever qualify again of course. What matters is getting results, especially the right results. Pat & Bryan’s approach to angling coaching with new prospective participants inevitably worked.

They developed young people with the fishing habit, improving self-esteem and quality of life in the process. This is the health and wellbeing benefits of fishing in action. Wellingborough’s consistently growing junior membership figures and their increasing contribution to the attendance at the national celebration of young people and fishing are there for all to see in black and white. Data does not lie and neither does the feedback we receive from families like the Wrights. Or stories like the delightful Freya Sullivan, a potential star of the future.

Pat had plenty of examples of kids who had taken a couple of seasons before having the confidence to fish on their own. He emphasised that participants learn at very different paces. As long as progress was being made, then all was good in Pat’s eyes. 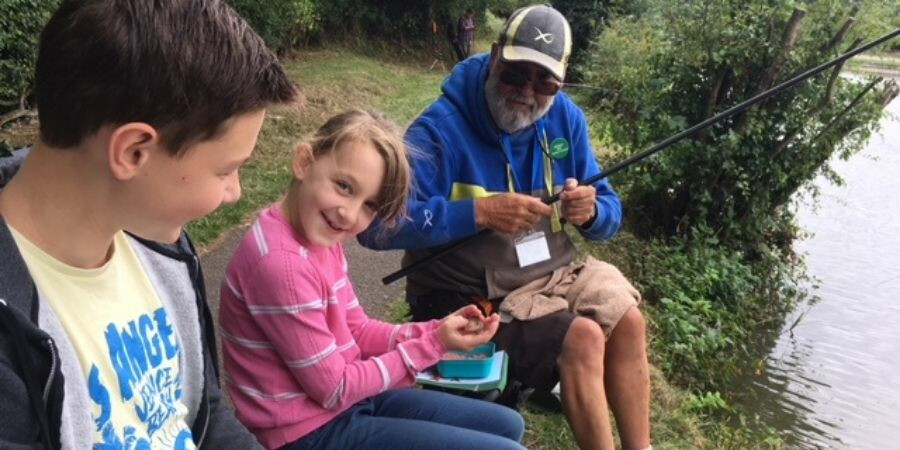 In 2020, the Angling Times readership voted Wellingborough as their club of the year, primarily for their angling participation and development work. It was a justifiably deserved award.

In his early days, it's fair to say that the canal wasn’t Pat’s favourite coaching venue. He might have even been a trifle reluctant to attend the training day with Motty, but he did attend, armed with notebook and pen in hand. Pat strived to be as good a coach as he could be, which is the perfect attitude. I was intrigued as to what notes he had written that day.

To cut a long story short, shortly afterwards we took those notes, made them into an article and published it on our website. I’m sure Pat would be chuffed to bits if every Let’s Fish coach took just a few minutes out to give them a once over, for there are plenty of useful learning points to ponder in these precious notes.

I had several conversations with Pat and Bryan over the years around this topic. Along with others, he helped influence our collective thinking around ensuring the fun element was an integral part of the days celebration. Thus, it was that the Percy the perch badge made its debut at the 2021 event along with the gudgeon mug.

It was lovely to see the steady improvement of the Wellingborough representatives year on year with the Wellingborough Home Ed Group proudly winning the 2021 junior team award in the Schools & Home Ed teams category. Pat would inevitably come in most handy at presentation time, handing out this or that with military precision for he had an ordered, organised mind. Unlike some of our coaches, who shall remain nameless, Pat was impeccable in ensuring his paperwork returns were submitted on time. 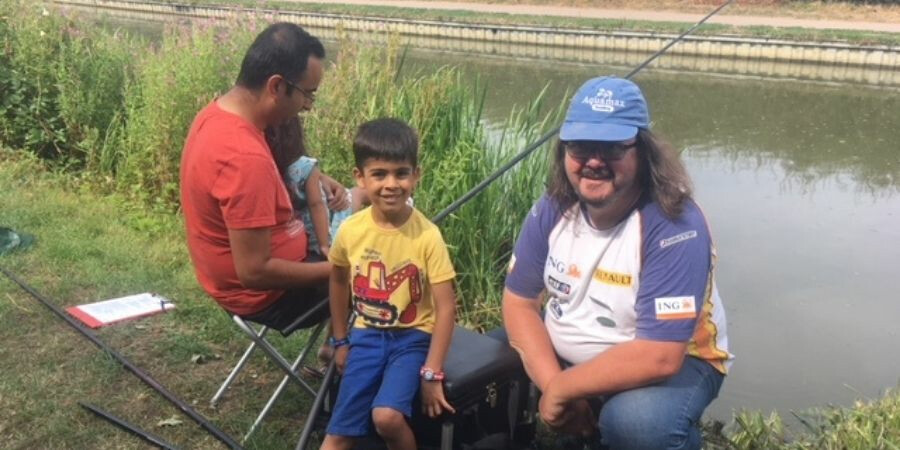 Pat would definitely not want his passing to be the beginning of the end of junior fishing at Wellingborough. Rather he would want it to be seen as merely the end of the beginning. Canal & River Trust will support Bryan, Ian and other members of the club coaching team in any way we reasonably can. As a tribute to Pat, there will be a special award for the top performing Wellingborough team of three in both the cadets and junior section of the 2022 national celebration of young people and fishing.

We would urge anyone who has had the privilege of being coached by Pat to seriously consider turning out on this occasion in his memory. Finally, for 2022, we will adopt ‘Come on the Fishes’ as the official call for the participants in the cadet section to commence their battle with the gudgeon and other mighty fishes of the Shropshire Union Canal. Pat might not be there with us in person in September, but I’m sure he will be there in spirit.