A brief history of fish and man

Asked why he went fishing, the 39th president of the United States of America, Jimmy Carter stated ‘it’s simple, my father and all my ancestors did it before me’.

Indeed, in time gone by, it was hard to be elected as a US president without being seen to be an angler. Roosevelt was a keen angler and fished with Churchill. Harry S Truman fished because he needed to be seen to do so, unusually he didn’t much enjoy it. For Christians, fish and fishermen have a religious significance. Getting on for half of Jesus’ disciples were fishermen and he famously instructed them to become ‘fishers of men’.

The earliest fish are believed to have evolved some 530 million years ago in the Cambrian era. They were the first of the vertebrate animals. Before long, predatory fish would have evolved. Step forward to just a few hundred thousand years ago and the evolution of Homo sapiens. This was the emergence of another predator (perhaps omnivore would be a more accurate term) sharing a common ancestor with fish. It’s often hypothesised that the evolution of the human brain is linked to high intake of certain essential fatty acids (omega 3 and omega 6) that are found in high concentration in many fish species.

There is probably something deep within our generic code that programmes us all to desire to get our own food. Some of our younger readers may not have ever have given much thought to where food really comes from, other than knowing you can buy supplies 24 hours a day at the nearest local supermarket. It wasn’t always the case, even when I was a lad.

Agriculture first emerged around 12,000 years ago with a range of plant crops and animals such as sheep, pigs and cattle being domesticated in various parts of the globe. Before that, all of humanity were hunter gatherers. Indeed, there are still some tribes who live the ultimate sustainable lives, remaining hunter gatherers to this day.

Fishing on the Zambezi

From food to sport

Angling for reasons other than the pot is a relatively modern phenomenon. This was borne out of a desire to conserve fish while, at the same time, enjoying the activity of ‘the catch’. The famous abbess of Sopwell, in her Treatise of Fishing with an angle’ was quick to point out that those who angled were more caring an contemplative than the ‘wild’ hunters and fowlers’ of the period. While we in the UK fish for sport with most coarse fish being returned this was not always the case.

Until the Great War, many coarse fish still went for the pot. In early matches, fish were taken back to the headquarters and weighed in dead. Game anglers too adopted catch and release and it looks as if this will become mandatory for all rod caught salmon soon as a conservation measure. In mainland Europe, particularly as you move eastwards, consumption for the pot remains much more common. Many of these nations lack a coastline so freshwater fish consumption makes sense. With relatively lower populations and large acreage of fisheries, this may be a sustainable source of food whereas in the UK, this small island with a high population density, our coarse fisheries could not support anything other than catch and return.

How do you support those fisheries? 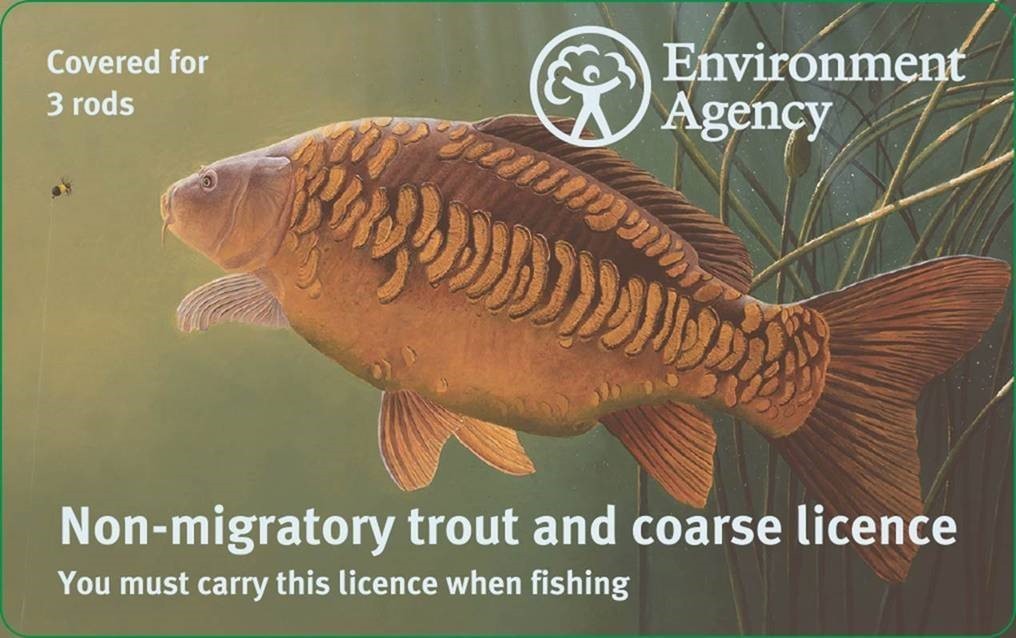 Anglers are no ordinary tax payers; when they buy their Environment Agency rod licence they happen to be hypothecated taxpayers. Not everyone can claim to be one of those. Essentially rod licence monies are ringfenced primarily for fisheries purposes although a small percentage of rod licence monies are used on fishing related investments such as the Angling Trust Angling Improvement fund and angling participation initiatives.

Without rod licence income, it’s my view that our nation’s fish stocks would be a much more parlous state that they currently are. Should angling disappear, then so would the funding to help, maintain, improve and develop the nations fisheries or rather, the financial burden would fall to the general taxpayer.

The most local fishery in the UK

There is one fishery in England and Wales that no fewer than 8 million would have to walk 1 km or less to reach and over 25 million people reside within five miles of it. That fishery is the Canal & River Trust Waterway network. There are millions of people who don’t realise there is a recreational opportunity on their doorstep. That’s why we hold our Let’s Fish events across England and Wales.

Health, wellbeing and the positive benefits of fishing

Given our ancestry, it’s not at all surprising that there are undoubtedly health and wellbeing benefits from going fishing. These were summarised in Fishing for Answers. We all know of the many benefits of the modern industrial and technological era. But there are challenges too. There is a huge nature deficit.

Stress related and mental health issues in people of all ages and all backgrounds are on the rise. The health benefits associated with angling are now beginning to be appreciated and its future potential in this area recognised.