I was introduced to fishing by my late grandad – he was just brilliant because he seemed to know everything! Later I learnt much more from my brother – James (Jimmy) Smith – who was, and is, a naturally gifted angler (thanks James!).

How old were you when you started fishing?: 6 years

Which was the first canal you ever fished? At which location?: Leeds Liverpool Canal at Saltaire, West Yorkshire

Which is your favourite species of fish? Roach

If you had to choose just one, which would be your favourite fishing bait?: Bread punch

What do you consider your greatest fisheries or angling achievement?: Conducting research into the impact of zander, which has informed national policy on the management of this invasive non-native species

What's your remaining biggest single ambition in fisheries/angling?: I would like everybody to enjoy the unique experience offered by fishing the canals in the UK.

Who is your all time fisheries or angling hero and why?: I am tempted to say Ivan Marks because of his book on float fishing, which I really enjoyed as a young boy and I also did like Frank Barlow’s column in Anglers Mail but I would settle on Ken O’Hara who was a fisheries academic from the University of Liverpool because me introduced me into the word of fisheries management.

My favourite peg must be the Dockfield Basin (nr Bridge 208) on the Leeds & Liverpool Canal near Shipley, West Yorkshire. It is called a basin but really it was the place where the now filled-in Bradford extension arm used to connect. 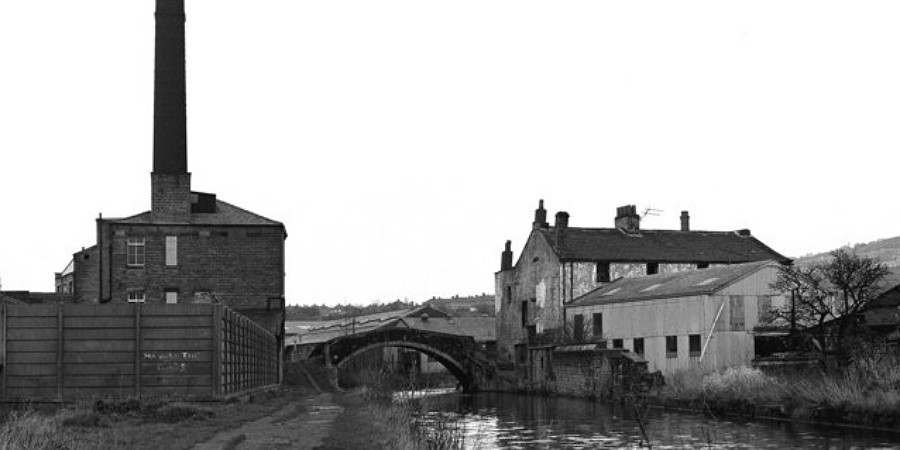 Before regeneration came to Shipley

I remember it well. I was 13 years old and it was 1984. Chaka Khan – "I feel for you" was always on the radio and I could walk to the canal in 20 minutes with my mates… I had previously mastered the art of catching minnows from the local River Aire, which was quite polluted then.  Now my quarry was the gudgeon. We called then ‘gonks’. Later I would learn their scientific name of Gobio gobio. I don’t think I ever caught much to be honest. But that wasn’t the point. I think canals caught me. It was before the days of YouTube tutorials, ipods and we only had 4 TV Channels as ‘Channel 4’ had only just started to broadcast.

Poles were just emerging and my main tactic was the use of rod and line with a Drennan ‘canal grey’ waggler with 1.7lbs bayer perlon mainline and a 1.1 lbs bottom – later it would be racine tortue 12 oz hooklengths! Hooks were Kamasan B520 in sizes 22 and 24 for maggots and pinkies. Funnily enough I seem to remember that the hooks were originally called Kamatsu and then they changed their name.

Later I progressed to a 7m glassfibre pole. That was a heavy pole but I persevered. Then, after saving money from Christmas and birthday presents I couldn’t believe it when I finally got my hands on a 10.4m carbon composite pole. I still remember looking at all the deals in the back of Anglers Mail for about two years before my funds matched the investment required.

Luckily, we had a fishing tackle shop nearby. It was called the Shipley Angling Centre and was run by a great angler Geoff Scollick. Geoff used to fish for Bradford City AC and entered matches as far away as the magical River Trent and the River Calder around Huddersfield. Only having pocket money meant we would often buy ¼ pint of pinkies and a ¼ of maggots for a match. We used a bit of brown crumb for groundbait and the odd splash of hemp (cheap from the pet shop).

It was quite simple back then and there was a community of people who we fished with. Long school holidays meant fishing nearly everyday. On a pleasure session our ultimate goal was to catch 100 fish in a session. I think I did this a couple of times! Evening and weekend matches along the canal introduced us to a wider range of people and new places to fish along the canal including Saltaire, Hirstwood, Bingley and beyond towards Keighley.

Match fishing was hard. I won a few junior matches organised by Saltaire AC or the club I fished for Bingley AC. The most memorable one was the one in 1985 to raise money for tragic fire at Valley Parade when Braford City played Lincoln City. I still remember listening to the radio and hearing of the 56 people who died. Awful, truly awful. The match itself was attended by over 100 people and there must have been a dozen juniors. I drew a peg in Hirstwood and won the match with 12 oz of gudgeon, roach and perch – all caught mainly about 2m out. It was difficult for us to deal with the fire as almost everybody in the city knew somebody affected. At least we could all help in one or more ways.

I left the area in 1989 to go study freshwater biology at the University of Liverpool. I didn’t know what I wanted to do but had a vague hope that someday somebody would pay me to go fishing… I had grown up with fishing canals and when I was offered the chance to work for British Waterways (as the Canal & River Trust was known then) for a year as part of my degree I thought why not. I didn’t realise that this would influence my later life to such an extent. I was introduced into a world I didn’t know existed. People could be paid to work with canals and with fish! To cut a very long story short I ended up being funded by British Waterways to do a PhD on the impact and management of zander in the canal system – which is another story…

I’ve only been back once since the 1980s. It was about seven years ago. It looked different but it felt the same. 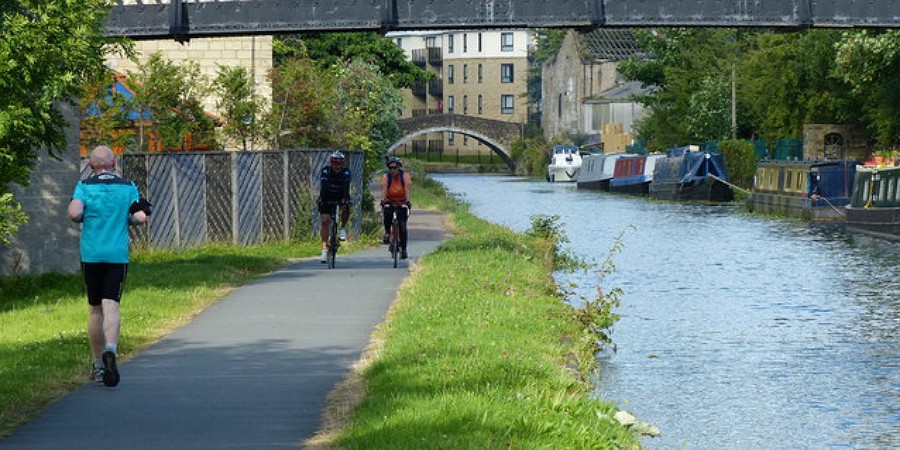 For a moment, I thought I could hear Chaka Khan – "I feel for you" and I was transported back to being a young teenager with a rod and a tub of maggots, in search of things to catch and a life to live.

Find a fishery near you

With hundreds of angling clubs in England and Wales helping us to manage our fisheries, there's bound to be some good fishing near you