Peter Henery, near Chester on the Shroppie

Peter Henery, who's working with us to manage our 2018 Let’s Fish campaign, reveals his favourite canal peg.

Peter Henery on the Shroppie

How old were you when you started fishing? 8 years old fishing in the local park

Which was the first canal you ever fished? At which location? Shropshire Union Canal at Craughton

Which is your favourite species of fish? Tench and roach

If you had to choose just one, which would be your favourite fishing bait? The mighty maggot

What do you consider your greatest fisheries or angling achievement? I consider overall my greatest achievement is the difference I have made to the many people’s lives both young and old by introducing them to this great sport.

I have 2 personal achievements 1 - winning the Angling Coach and Project of the year in 2011 and 2 - having one of my students, Liam Murphy, win the AT/CRT Junior Canal Championship in 2017.

What is your remaining biggest single ambition in fisheries/angling? To help build a framework that helps and encourages new and returning anglers into the sport, and helps deliver a focused initiative aimed at not only introducing new young anglers into the sport but promoting health and wellbeing and tackling issues such as mental health.

Who is your all time fisheries or angling hero and why? Jack Hargreaves of “Out of Town” fame. Although not specifically an angler, jack was more a man of the countryside. He captured the magic that is fishing. I suppose Chris Yates and Bob James are my hero’s as they stimulated my curiosity about what is possible if you put your mind to it and its not just about the fishing, when they produced the Passion for Angling series.

Nobody had ever told me that if you had the skill to fish a canal, you could master fishing pretty much every venue.

Living in the Wirral, like so many people, I am lucky enough to have a number of canals reasonably nearby the Shropshire Union, Leeds & Liverpool and the Trent & Mersey to name but three. When I was just 12 years old, I fished the Shropshire Union Canal at Craughton near Chester  for the very first time.

I can still remember the feeling of excitement as we got out of my friend’s dad’s car. It was a fine but overcast warm day. The spot we had chosen “my Peg” was beautiful with a row of tall reeds opposite in the shade of a tree, the rolling fields and countryside beyond brought peace and quiet and made me feel I was in another world, even though I had only been in the car for less than half an hour. 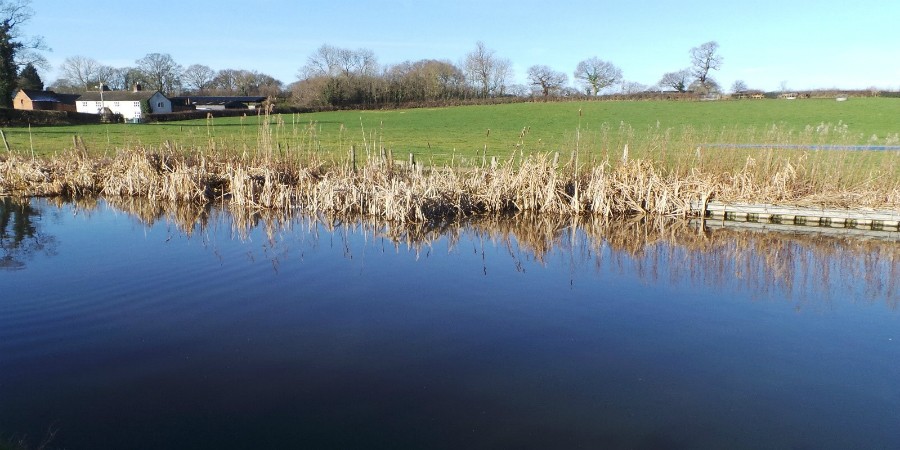 At that point in my angling career I did not really have a clue how to tackle a challenging fishery like a canal. Nobody had ever told me that if you had the skill to fish a canal, you could master fishing pretty much every venue. Until then, I had fished in the park with my friends catching rudd and roach on the float and presumed that’s what we would do here.

I was not used to my float rushing by me and drifting off like this. Bite-less and losing hope, we went in search of help and found it in a man who was fishing a little further down the canal. We had seen him catch a fish or two and were somewhat envious. He turned out to be a nice fellow and very helpful. We asked him a barrage of questions. He was very patient showing us lots of different things about fishing, all of them new to us. That was the first time I have ever learned about plumbing the depth, which is one of the first things newcomers learn when they attend a Canal & River Trust Let’s Fish event today

Back to the peg

Armed with my new knowledge and some small maggots called “pinkies”, which the kind gent had given us, we headed off and settled into our peg and set about fishing for the day. I fished down the edge as the man had recommended and caught 12 gudgeon, seven perch, 10 small roach and a couple of strange spiky perch looking like fish, which I later learnt were ruffe. I saw that man there many times over the years and had some great fishing sessions with him on that canal. He was a member of Irby Angling Club (alas now no longer) but at that time one of biggest clubs in the area.

He recommended we join the club so we could expand our scope of places to fish, which we did. This gave rise to many great fishing sessions, opportunities and experiences. As time has moved on I had forgotten that it was probably that man taking time out to show two keen little boys some of the basic skills in angling which kick started my angling career. It has subsequently inspired me to want to make a difference and be a coach so that the next generation can learn to master this most wonderful of outdoor sports.

Just recently, I revisited this stretch of canal. It’s been 46 years since that very first trip and I still got the same feeling as I did all those years ago. Looking around, it was like a time warp, nothing seemed to have changed and it felt as if I had never been away. Although winter, the canal was still alive with fish although catching them in the wintery conditions proved a challenge.

I met up with Maver and future England star, Sarah Taylor. Sarah has exploded on to the match scene over the last seven or eight years as a junior. Like me she is from the Wirral and enjoys canal fishing when she can. I have watched Sarah grow up and she showed a talent for fishing from a very young age. A junior member of Prince Albert Angling Society she has been a regular participant in the matches and coaching days. She has fantastic family support and is currently heavily involved in her school work finishing off her exams and looking to university and the future.

I hope Sarah is still enjoying her fishing in 40 years and comes back to her favourite peg. This section of canal at bridge 135 is controlled by the Waterways Wanderers permit. You can find out more about how to buy a permit from the Canal & River Trust on the Waterways wanderers webpage.