My older brother Keith got me into fishing while I was in my teens in the early 1970s. We had glass fibre rods and Mitchell reels with very simple float or ledger kit. Our bait would be maggots or worms to target the perch, roach, dace and occasional trout...

Angling ambition:  to catch, or see someone else catch, a 50g+ gudgeon from a canal

Angling hero:  we’ll both be embarrassed when he sees this but it’s probably my mate and TTA and GUGGS colleague, Richard Gibbs. If there’s anything he doesn’t know about angling then it probably isn’t worth knowing.

In 2009, I set up the Grand Union Gobio Gobio Society (GUGGS), dedicated to canal gudgeon angling.

Neil Williams at the Gudgeon Stream

Early days in the Land of My Fathers

My older brother Keith got me into fishing while I was in my teens in the early 1970s. We had glass fibre rods and Mitchell reels with very simple float or ledger kit. Our bait would be maggots or worms to target the perch, roach, dace and occasional trout in the small river Clywedog just south of our home in Wrexham, North Wales. I remember that we had just one bait box so we either fished close together or one of us would put a few maggots in a match box and wander off a little. It never occurred to us to buy another bait box! There was also the famous evening when I stored the maggots in the rolled up sleeves of my pullover, forgot about them then had a few crawl out at college the following day. That impressed the girls, as you can imagine.

I moved away from home in 1976 and my fishing opportunities stopped for various reasons. When I was working in Manchester a few years later though, I was persuaded to take part in a Civil Service charity match on the Bridgewater Canal. Using borrowed tackle and not having a clue about canals I didn’t even get a single bite never mind catch a fish... probably just as well because I didn’t have a keepnet. The post-match get-together in a local sports club was good although I can’t remember if anyone else claimed to have caught anything either.

I actually went over to the ‘other side’ in the 1980s, spending several boozy holidays cruising the canals on a narrowboat owned by the RAF and hired out to civvies when the officers didn’t want it. Best not to dwell on that period, eh?

Return to the rods

By 1989 I was a happily married man living in Harpenden between St Albans and Luton. I had to give up playing soccer so my then wife suggested that I find another hobby – a suggestion that she has probably regretted ever since. Out of the blue, a friend mentioned that he went fishing occasionally so I asked if I could join him and a week or so later I found myself sitting at Puttenham on the bank of the Aylesbury Arm of the Grand Union Canal. I guess we must have caught something because that was it – I was hooked again.

Since then angling has been my main hobby. I’ve never really risen above the rank of 'pleasure angler' despite fishing a few of the Tring Anglers club matches over the years. The vast majority of my bank time has been spent on the canals around Tring. I’ve always kept my tackle and methods very simple. I travel very light so I can move easily if my first choice of swim isn’t producing. Up until a couple of years back I was a confirmed rod-and-reel man but I’ve switched to using a 4-metre whip most of the time. For the last 15 years, I’ve lived in Wilstone, just five minutes walk from the Aylesbury Arm, so many of my fishing trips have been on foot from there. 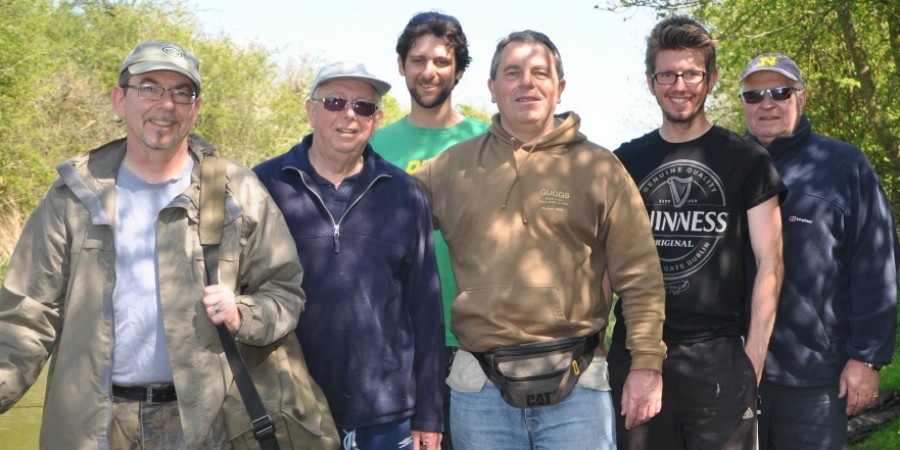 In 2009 I set up the Grand Union Gobio Gobio Society (GUGGS), dedicated to canal gudgeon angling, partly as a balance to the mainstream obsession with carp fishing. We’re still going strong (see www.guggs.net) with well over 500 members although it’s fair to say that some members are far more active than others. Last year I made a few trips to canals in other parts of the country in search of the elusive 50 but with no success. We’ve had quite a few low 40s this year from the south end of Berkhamsted but my 45.9g fish caught at Marsworth in 2010 remains the biggest. 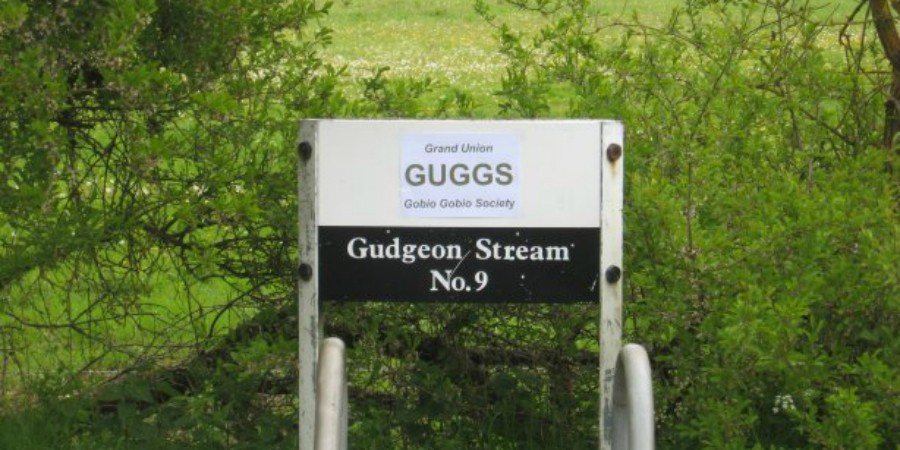 And so, to my favourite peg. I have many, many canal swims in which I’m happy to while away the hours either on my own or with my like-minded mates or my long-suffering fiancée Jude. 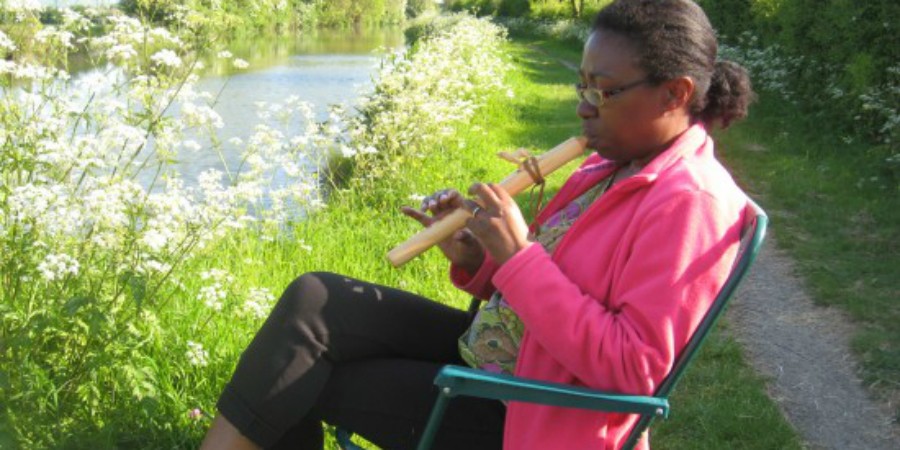 The place I love the most has to be what’s always been known by locals as the gudgeon stream. It’s near my home at Wilstone on the Aylesbury Arm and is formed by a feeder stream coming into the canal through a short towpath tunnel. 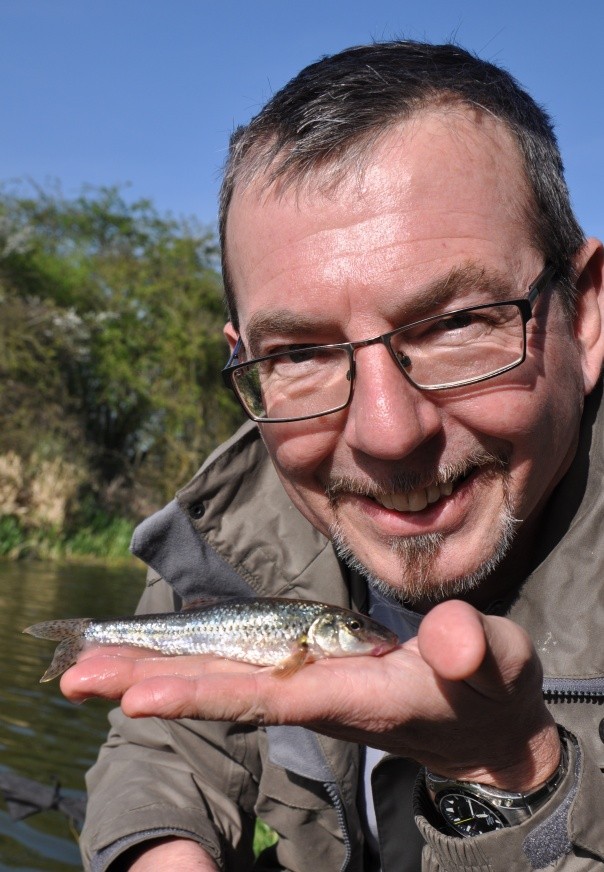 In years gone by it provided ridiculously easy gudgeon and perch sport almost all year round and although that’s not the case now (perhaps due to the presence of cormorants?) you can still count on catching a good number of those species down there. Add to that the roach, rudd, skimmers, bream, chub and carp that often show up and you can tell why it’s a popular spot. 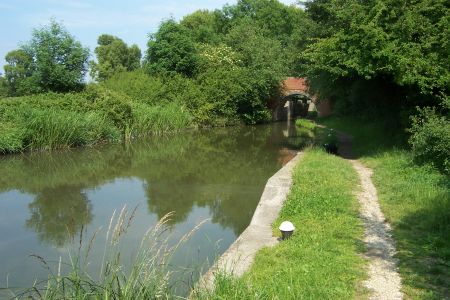 But forget the fish and it’s just a beautiful and peaceful place to be, with a wide variety of our feathered friends on show – all the usual country species plus kingfishers, herons, red kites and owls.

Park in Wilstone village hall car park, go across the playing field, through the trees then turn left when you hit the canal. Drop down below the lock and under the bridge and you’re there – heaven, aka the gudgeon stream.

The Tring Anglers control the fishing rights. See www.tringanglers.org.uk for membership details or buy a day ticket on the bank when the bailiff arrives – currently £5.00, concessions £2.50.

Wilstone’s pub, the Half Moon, is a traditional local, open all day, with good beer and food. Mention my name and you’ll probably get laughed at. Be warned that the landlord is a QPR fan.