Living so close to the Birmingham Anglers Association-controlled Staffordshire & Worcestershire canal around Kidderminster, I’m seriously spoilt for choice when it comes to fantastic canal pegs!

Because it’s just five minutes’ drive from my office – I can squeeze a couple of hours fishing on an autumn morning after the clocks go back, and still do a full day behind my desk.

How old were you when you started fishing?: Six year's old

Which was the first canal you ever fished? At which location?: Leeds-Liverpool Canal at Anchore Locks near Gargrave, North Yorkshire. (it was still the West Riding in those days)

Which is your favourite species of fish?: Tench I also love fishing for brown trout, dace, bream and barbell

If you had to choose just one, which would be your favourite fishing bait?: Worms

What do you consider your greatest fisheries or angling achievement?: I finished second in an open match on the River Thurne in Norfolk in 1977, when I was just 21, my first ever placing in a big match. I drew next to Jim Randall who won the match with 84lbs of bream, I had 44lbs, still my best ever match weight and to date the best day of my life.

What is your remaining biggest single ambition in fisheries/angling?: Probably the most urgent – to catch a double figure barbel. Despite living on the banks of the River Severn for seventeen years I have never seen one...

Who is your all time fisheries or angling hero and why?: John Illingworth of Bradford. He was as adaptable as any angler we have known before or since and had more or less the same gear as anyone else, he didn’t buy his success, he was a natural.

However, my favourite has to be the short stretch below Watermill Bridge (bridge no.13) Why? Because it’s just five minutes’ drive from my office – I can squeeze a couple of hours fishing on an autumn morning after the clocks go back, and still do a full day behind my desk. It’s amazingly productive for such an ordinary location. 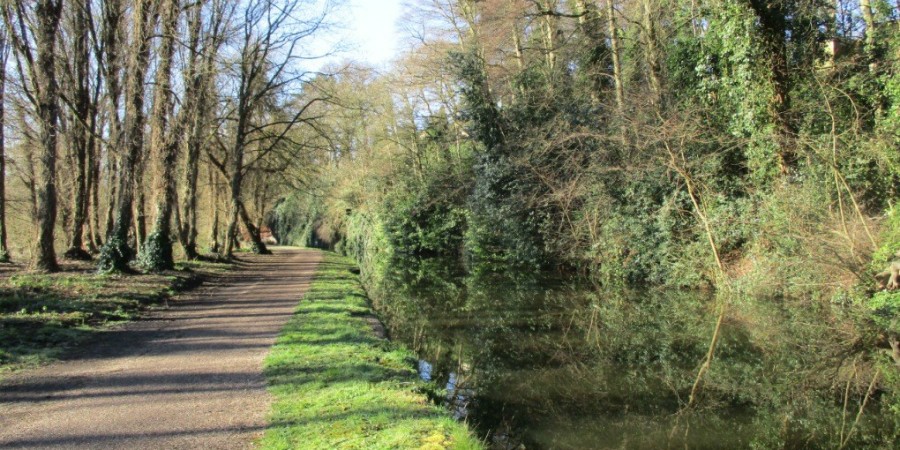 My best catch was 24lbs in two and a half hours – chub to 5lbs and roach and perch to 1lb. Last time out, I managed around 4lbs, just 10 fish. 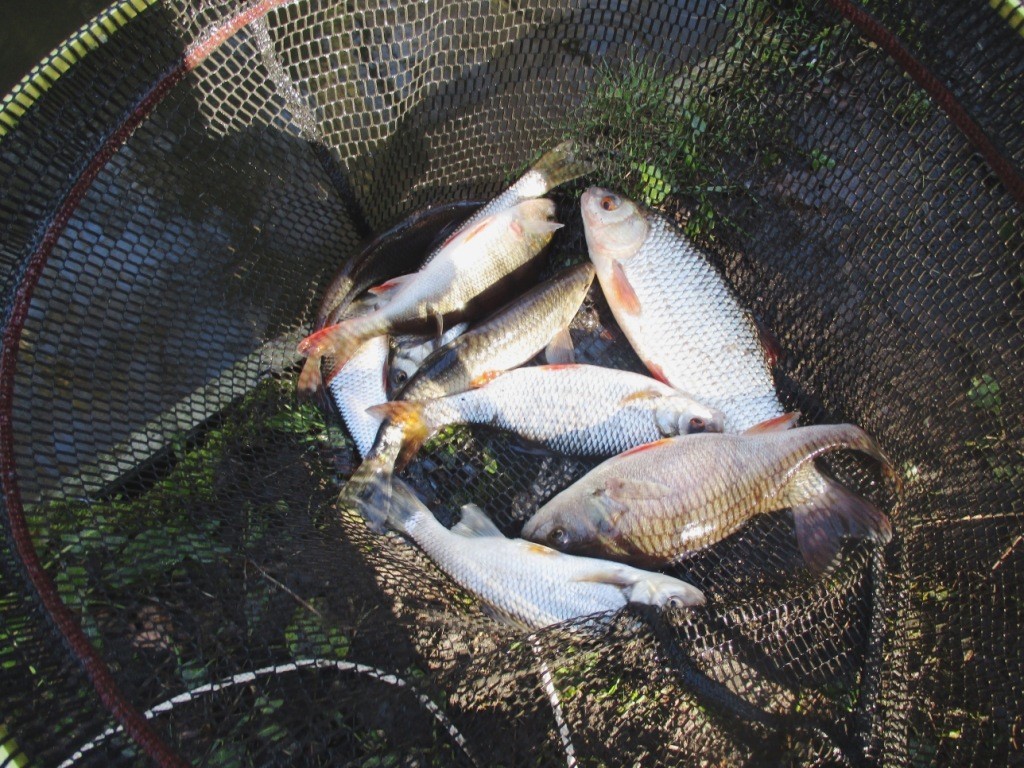 Although you can catch anywhere on the Watermill section, I feel a little more confident where there is a far side feature such as the holly bushes, the rhododendrons. 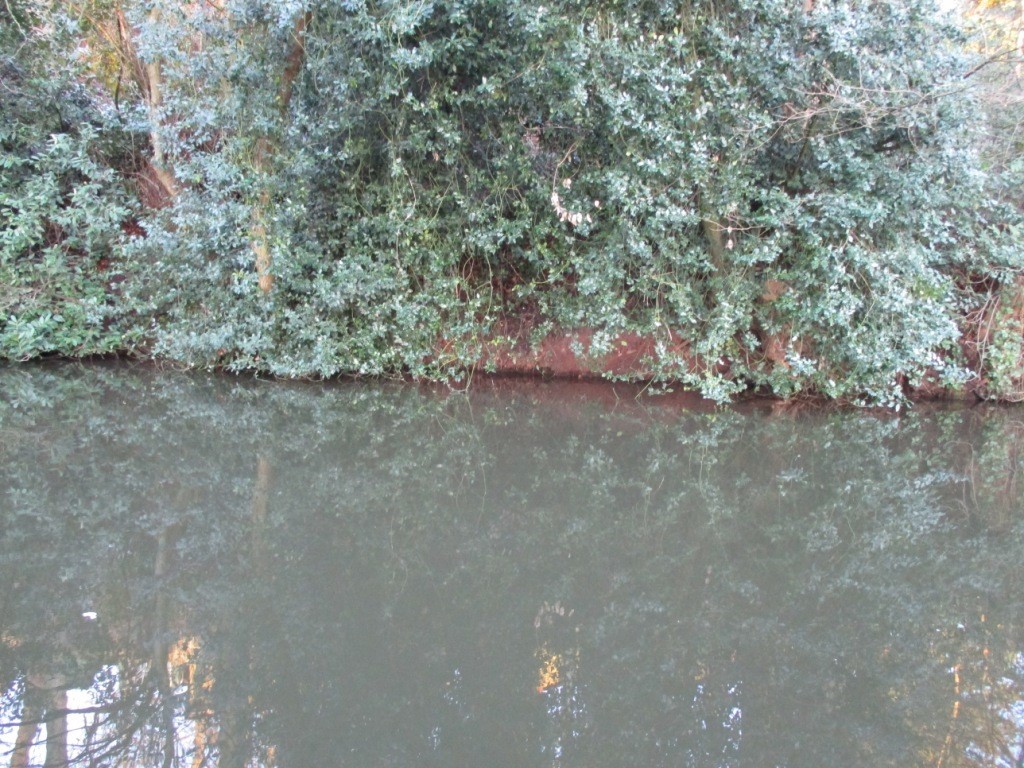 Or where the canal is narrower and deeper in front of the sandstone cliff. Here, well downstream from the road bridge, it’s actually quite peaceful with quiet wooded gardens on the far bank, and birdsong and squirrel activity are a pleasant distraction from the hum of morning traffic.

Most anglers instinctively fish hard against far bank cover, but this has the disadvantage that fish are easily spooked in such shallow water and should you hook a chub, they reach snags all too quickly. In any case, in winter, the fish are in the deepest part of the canal, just this side of the middle. I usually fish at around five metres, just where the bed starts to shelve up towards the far bank. 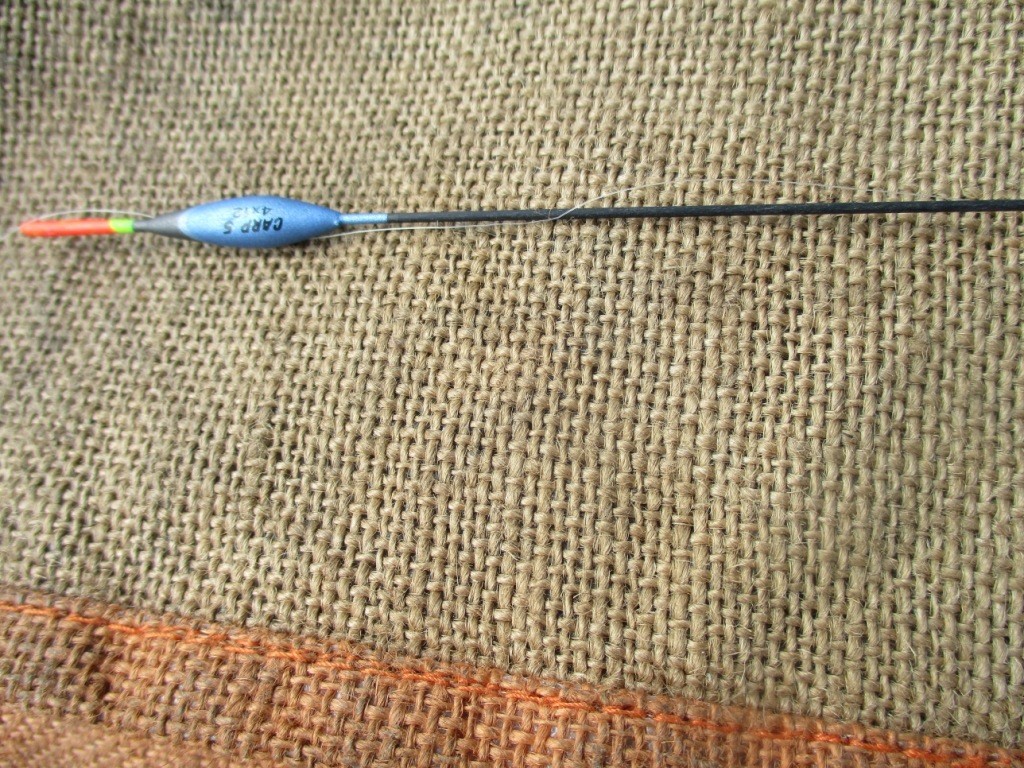 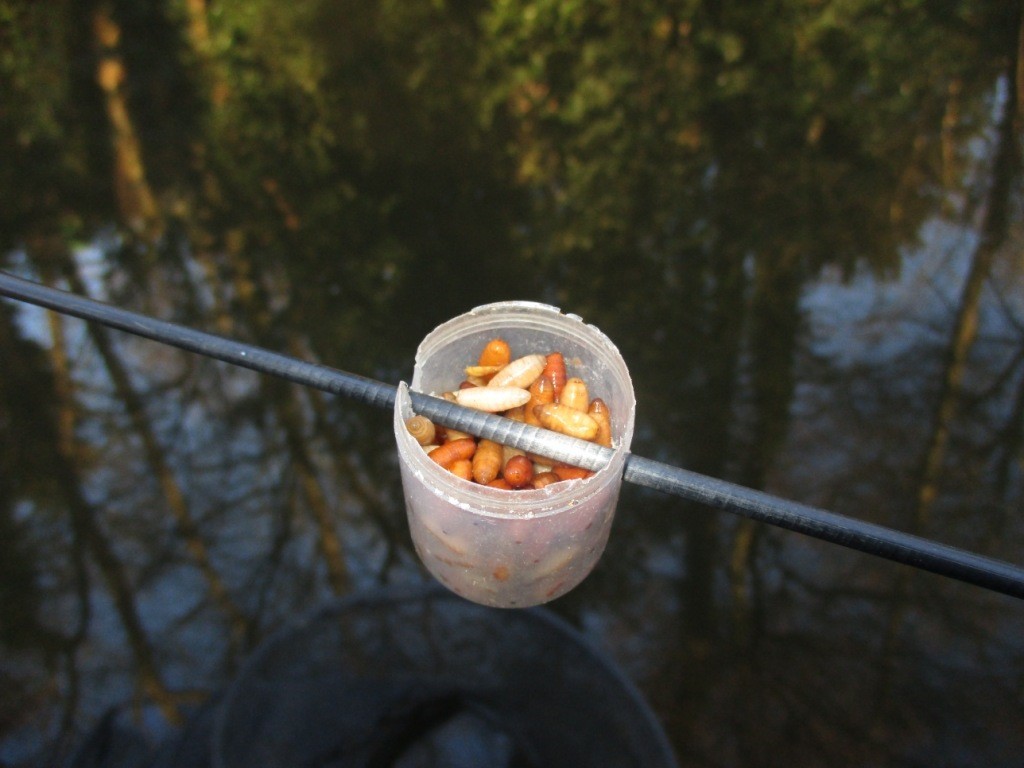 Tackle is very simple, usually a 4 x 12 slim bodied float pattern with shot spaced evenly. No need to fish very light here, 0.10mm hooklength to a size 18 hook is standard when fishing my bait of choice – casters. In winter you need little feed, a saucer-full of casters is sufficient for a short session, which starts with three very small cups of caster down the centre of the canal, slightly downstream of where I’m sat. I fish facing slightly downstream and slide my pole back parallel with the water rather than across the towpath so I don’t have to worry about cyclists and they don’t have to worry about me!

Bites from the off

I rarely have to wait long for the first bite. 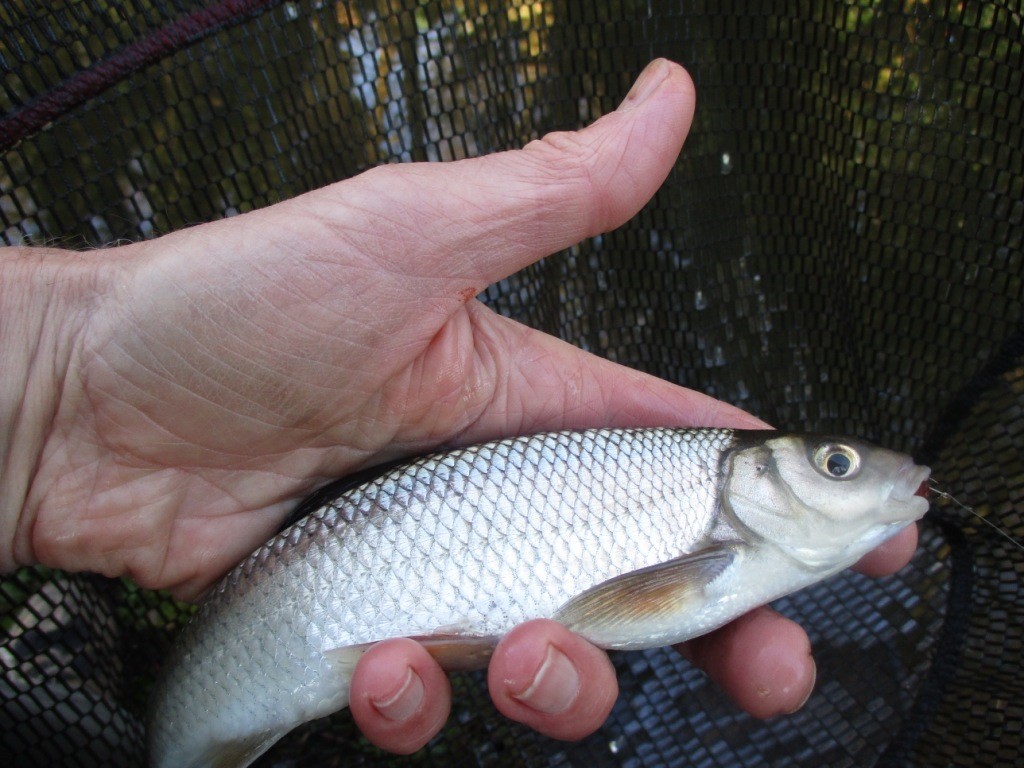 The first fish to arrive are usually dace – they are probably the dominant species now in the canal and I believe they move up out of the River Severn where they are very abundant. Once the bites start I feed just four to five casters every few minutes; dace often give way to chunky roach and then perch, and as the feeding activity builds, a sizeable chub often livens up the proceedings by pulling six feet of orange elastic from your pole.

Fishing on the canal has improved considerably over the last 10 to 15 years and as well as the species mentioned, there are bream, carp, bleak, rudd, gudgeon, eels and crucian carp. In winter, it’s a life saver when other waters are out of sorts and I have only failed to catch fish once, in 16 years of fishing here – yet it is little fished, despite easy access with parking close by in Park Lane opposite the Watermill pub, and in Larches Road.