I started fishing about the time I went to secondary school in Harrow in the 1960s.

How old were you when you started fishing?: 11 years old

Which was the first canal you ever fished? At which location?: Grand Union Canal, Horsendon Hill Greenford

If you had to choose just one, which would be your favourite fishing bait?: Bread Punch

What do you consider your greatest fisheries or angling achievement?: Catching a 3Lbs 9oz Perch from the River Great Ouse

What is your remaining biggest single ambition in fisheries/angling?: To catch a 2 lb canal roach.

Who is your all time fisheries or angling hero and why?: Ivan Marks, who was an absolute genius with a float

He appeared quite unmoved by what he had caught whilst I had the shakes, for as far as I am concerned he had the landed most magical of fish, a canal roach that was well over 2 lbs in weight, a fish of a lifetime.

There wasn’t a lot of water locally that was easily accessible by public transport. On Sundays, if we were very lucky my dad, or my fishing mate’s dads might take us somewhere and drop us off so we could go fishing and then collect us later.

If dads weren’t available and we wanted to fish, one option was to walk to the local underground station with our tackle and take the Metropolitan line to Croxley Green. Once there, we walked out of the station and down the path opposite. At the bottom of the hill lay the magical Grand Union Canal.

There was a fish and chip shop at the top of the hill if you got hungry at lunchtime, it was brilliant, it was somewhere we could get too on our own.

We came to know this venue quite well and fished the canal in front of, and the river behind Dickinson’s Paper Mill numerous times. 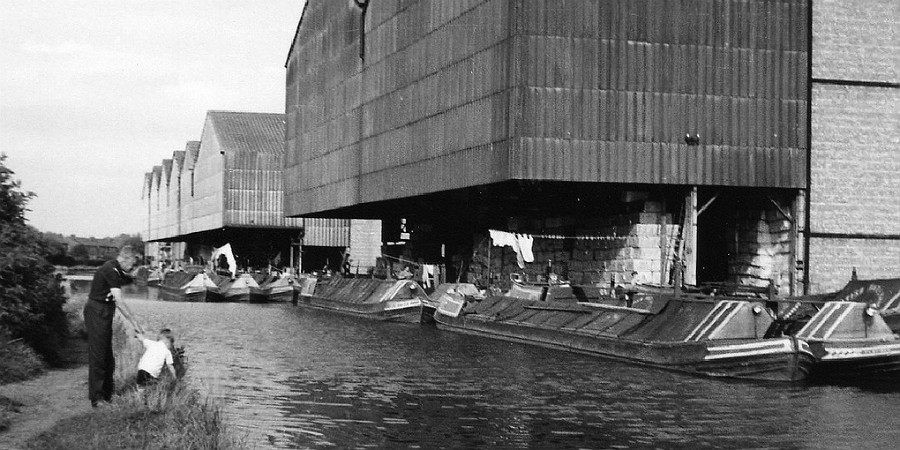 Dickinson’s was a large paper mill that produced newsprint. The large rolls of paper were despatched by barge down to London from their loading sheds. The mill also took coal from barges to power the process. I believe it was the last major commercial undertaking to use barges on the Grand Union. This traffic ceased in the early 1970s and the mill closed soon after. We fished regularly opposite those old loading sheds.

It’s now early 1970s and I’m about 16. Having no driving licence, I’m still using the train to go fishing. On this occasion, I’m on my own as my mate had other things on. On that warm summer’s evening I’d set myself up opposite the loading sheds and was quietly fishing away with my ‘Youngs of Harrow’ fibreglass rod and Mitchell fixed spool reel, loaded with 3lbs Maxima line. I was proud of this and my ‘Efgeeco’ tackle carrier and landing net, bought from the proceeds of my Saturday job, birthday money and Christmas presents.

I had caught a few fish, mainly small roach and gudgeon and I recall it was an average sort of session with the bonus fish failing to show. Along the towpath appeared a small boy aged perhaps nine or ten. He was carrying a short solid fibreglass rod and a cheap reel. He stopped beside me and asked if he could fish next to me. I looked at him and thought ‘I don’t see why not, there is plenty of space’, expecting him to set up a good few yards away. The next question was, ‘can I have some of your maggots please Mr? I agreed, (boys used to do things like this back then) and so I happily gave him a handful of my bait.

I continued fishing, not paying any attention to my new companion.

After about 10 minutes a float landed with a huge plop in the water no more than six inches away from mine. I thought ‘that’s a bit close young man’ and glanced around to find the lad had set up a mere few feet away from me.

Before I even had time to say anything his float shot under and he struck. From the bend of his rod he was obviously into a nice fish.

He played it on his little rod for some time and as he drew it towards the towpath, I could see it was a huge roach. I landed the fish for him using my landing-net as he didn’t have one with him. He appeared quite unmoved by what he had caught whilst I had the shakes, for as far as I am concerned he had the landed most magical of fish, a canal roach that was well over 2 lbs in weight, a fish of a lifetime! 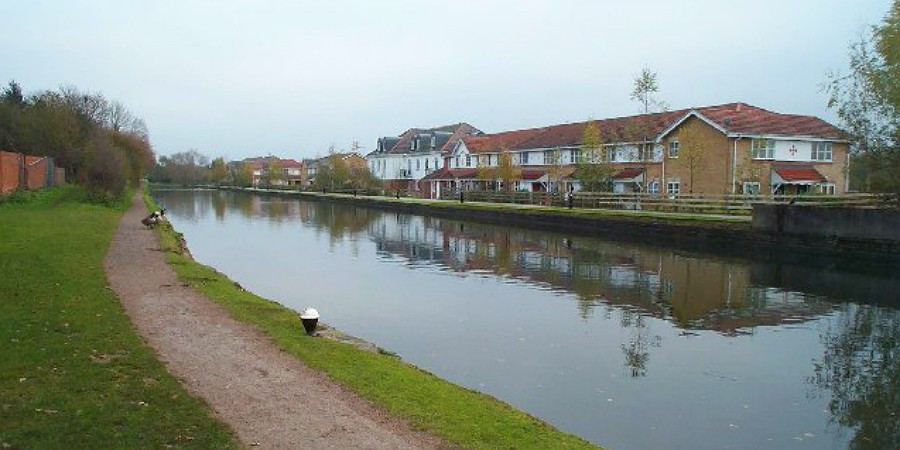 I’ve always wondered if that lads float hadn’t landed next to mine would that marvellous fish have taken my bait instead of his? Nearly 50 years have flown by and I’ve never forgotten the events of that evening. To this day I’ve never seen another 2 lb canal roach, let alone caught one on rod and line. As Diana Ross sang at the time ‘I’m Still Waiting’. I’m still dreaming too and I often wonder if that young lad is still fishing, perhaps he is now a member of Watford Piscators who then as now, control the fishing rights on this section of canal.

Find a fishery near you with our angling club listings