Deciding the location of his favourite canal didn’t prove to be a straightforward matter for one of angling’s rising young stars.

Some may say I seem to draw exceptionally well on this venue and I hope they continue to be right for in match fishing you do need a slice or two of lady luck.

How old were you when you started fishing?: Around three or four, but I didn’t start properly going until I was nine when I joined Pride of Derby Juniors AC.

Which was the first canal you ever fished? At which location?: The Erewash Canal in the middle of Ilkeston, Derbyshire. It was the middle of winter and I turned up at my first junior match with nothing but a pint of maggots. I caught 1 fish and was instantly hooked on match fishing (somehow)

If you had to choose just one, which would be your favourite fishing bait?: The ever controversial bloodworm & joker

What do you consider your greatest fisheries or angling achievement?: Being asked to fish for Shakespeare Superteam at the age of 16.

What is your remaining biggest single ambition in fisheries/angling?: I always was hopeful that I may represent England before I was 25. As time is ticking on and my first choice is becoming more unlikely, I would love to win the Division One national.

Who is your all time fisheries or angling hero and why?: The man who inspired a generation of anglers, Bob Nudd. I grew up watching videos, listening to his music and reading everything he had to say, a true legend of the sport who’s still in winning ways to this day!

When deciding where my favourite piece of canal is, I didn’t quite know where to begin. Over the past 10 years I’ve been fortunate enough to travel up and down the country to fish loads of our waterways. Some of them such as the Shropshire Union Canal are out in the idyllic countryside, while others in the middle of industrial estates. Canals have always had a special place in my heart.

Home is where the heart is

Eventually, I knew that I had to choose just one favourite canal and so I finally plumped for the canal which is probably closest to my house, the Trent & Mersey Canal in Willington. It was on this stretch of canal that I first won my section fishing in a senior match. It was a memorable moment because I had proved to myself that I could compete at the highest level against the best anglers in the area. Ever since then it has always been one of my favourite stretches and the fact it is next to one of my favourite pubs is a useful bonus.

It’s the Pride of Derby

This stretch of canal runs through the heart of Willington, situated in Derbyshire. The club that controls the fishing rights to this water is Pride of Derby AC.

Just down the road from this length of canal is the new Mercia Marina.  This offers a scenic walk along the canal bank to the nice new facilities the marina has on offer. Consequently on warmer days the towpath can get quite populated with dog walkers and people just out and about enjoying the Derbyshire countryside. However in my experience this certainly doesn’t hinder the fishing.

The Willington stretch of canal has many pegs in which I would run to. 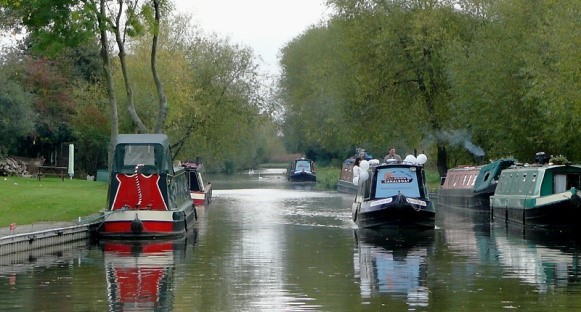 There are a couple of flier bridge pegs, which always hold good amounts of fish as well as a section with offside boats and a further section with natural bank and some great vegetation for holding fish. In the summer months the pegs with large bushes and reeds on the offside, which can all offer some exceptional sport. The section of boats can hold a good head of fish too especially in the colder months. The large shoals of skimmer bream and roach that are present on this length love to take shelter near the boats. This area can provide really good sport on the right day.

I’ve had two lovely days fishing in recent years catching a 18lb 10oz net of roach and skimmers followed by a 17lb 6oz net of roach and skimmers, which both helped me to win the match on said days. These two weights were taken just a couple of weeks apart while fishing tight against the boats. Some may say I seem to draw exceptionally well on this venue and I hope they continue to be right for in match fishing you do need a slice or two of lady luck.

In winter, I would always go to my favourite stretch armed with bloodworm and joker, as well as bread and casters to try and tempt the noted skimmers and roach. Bream up to 5lb and perch up to 2lb can also be caught from this length on bigger baits such as worms and casters.

In the summer months, baits such as squatts, pinkies and even big maggots can all catch you plenty of fish. I think the beauty of this length is that there are so many different baits that can all be effective on their day.

There’s loads of pegs at Wilington that can throw up a winning weight. A few years ago there is one peg in particular that produced a ridiculous amount of fish. For four matches in succession the peg threw up weights of between 20-35lb of chub. This was on a peg with a big bramble bush on the offside bank. Although the peg gets left out by organisers of matches now, i’m sure those chub would be still be living there and catchable today if someone had a go for them.

Given my team commitments with Shakespeare throughout the year, I don’t get to fish my favourite stretch as much as I would like. Luckily, only a few weeks ago there was a Angling Trust/Canal & River Trust Canal Pairs qualifier held on this stretch. 12lb of skimmers was the best weight on the Willington stretch on the day. This haul was actually taken off the next peg to me while I was busy catching a section winning 6lb 8oz of smaller skimmers; so my favourite stretch still didn’t let me down!