From the earliest times, the humble worm has been a popular bait for anglers. Easy to obtain, simple to use and relatively cheap to source, thanks to the night-time worm gatherers who stalked meadows and cricket pitches by candlelight, collecting their bounty.

Over the years lobworms, red worms and latterly the huge dendrobena have accounted for huge barbel, carp, perch, tench, chub, bream and many more fish species besides.

The following often-used quote is attributed to the 18th century scholar, Samuel Johnson, an admirer of Izaak Walton's 1653 'Compleat Angler'. Johnson wrote: "Fly fishing may be a very pleasant amusement, but angling or float fishing I can only compare to a stick and a string, with a worm at one end and a fool at the other." 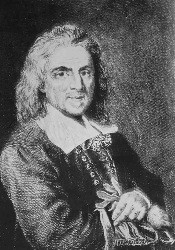 Historically, the worm has found great favour with barbel anglers.

In the 'Compleat Angler' Walton described how barbel were curious about anglers’ baits. Worms in particular found a sweet spot with old Izaak.

"They may be clean and sweet: that is to say, to have your worms well scoured, and not kept in sour or musty moss, for he is a curious feeder: but at a well-scoured lobworm he will bite as boldly as at any bait."

Bailey on the Trent

Back in the late 1800s and early 20th century, lobworms were the key bait for barbel on the River Trent and later the Hampshire Avon. It was common, for those who could afford it, to bait a swim with 2,000 worms each night for a week. Barbel would remain in the area waiting for an easy meal and so became easy prey for the clever angler.

In his 1857 fishing book 'The Anglers Instructor' William Bailey, the great Trent angler, was quite clear when barbel fishing on when to groundbait with worms, how far down the swim they would travel and the exact point where he expected to catch the fish. He also used chopped worm for barbel and believed in giving the swim a rest by laying down his rod and lighting a pipe or cigar.

Worms on the Thames

"The old Thames style of pitching in an enormous ball of clay containing a lot of lobs is somewhat objectionable, except in certain places, where you can hardly manage to bait in any other method; such as the eddy at the side of a weir, or similar place, where there is usually a strong stream. By using the clay-ball the worms work out gradually, and thus each batch of bait, lasts longer than without the clay" wrote HJ Alfred, the London Tackle Dealer, in 1882. 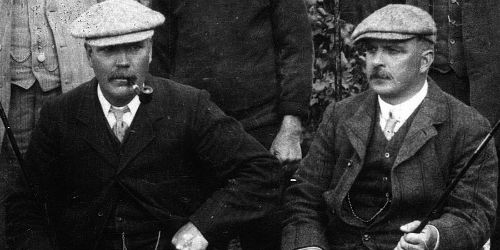 Amongst the giants of the angling world in the early 20th century were Jack Bailey, son of the aforementioned William, and FWK Wallis, who often fished two or three lobworms below an 'eagle' quill float, trotting the stream in search of big Hampshire Avon barbel.

Wallis was at one time joint holder of the barbel record with a fish of 14lb 6oz taken in 1937. Thousands of lobworms were thrown into the swim, up to a week before fishing, as a means of baiting up.

Meeting the demand for lobworms

It's not surprising that lobworms were farmed to supply the popular and ever increasing demand from anglers and the tackle trade. Nottingham became the nerve-centre, with many worm farms in existence. Even the Trent Bridge cricket ground became a prime spot for night-time lobworm gathering.

These Victorian worm gatherers employed a bucket around their waist and a candle lantern to light their way. Each gatherer carried a small container of dry sand into which they dipped their fingers, giving a firm grip on the worm's head. This was essential to stop the lobworm slipping back into its hole.

A warm damp night with heavy dew provided the best opportunities. Meadows, lawns, church grounds, cricket grounds and bowling greens were popular haunts and collecting upwards of 2,000 to 3,000 worms a night was not uncommon. The average worm gatherer's wage was a mere three shillings (15 pence) per thousand. Worm collecting was thus a slow way of making a fortune and a profession that not many aspired to.

According to JW Martin, a Nottingham man called 'Old Kitty', along with two Newark-based anglers, baited with lobworms as previously described and took a bag of barbel in excess of 336lb, with the fish averaging over 3lb each. Martin goes on to say that the best bag of worm-caught barbel on the Trent was taken by Owen, a Newark tackle dealer in around 1850, when he took 32 barbel with five of the fish weighing between 12lb and 15lb. 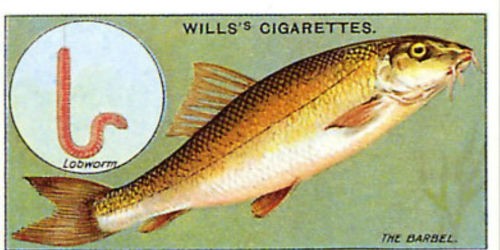