We’re nearly halfway through this project, and as 2017 draws to a close it seems a good time to reflect back on the year, and to reveal what’s coming next.

I started this role as a new member of staff for the Trust back in September 2016, so 2017 was my first full year – and probably one of my most varied years to date!

February saw the first chunk of the project completed in the form of the first round of dredging to create open water habitat. Dredging specialists Land & Water cleared a channel between Coates Bridge and Bielby Arm, which was subsequently surveyed for aquatic plants in the summer and will continue to be monitored as the vegetation developed.

April saw the start of the restoration of Church Bridge with our team of volunteers. This six-week project had its challenges but plenty of successes, and it really was a pleasure to work alongside such keen volunteers and Terrence Lee Conservation, the heritage brickwork specialist. I can now add repointing skills to my own CV.

The Grade II Listed bridge looks fantastic now, and some of the volunteers will be putting those skills to good use by volunteering with the Pocklington Canal Amenity Society on the restoration at Walbut Lock – a great example of Heritage Lottery Fund upskilling people for future projects. 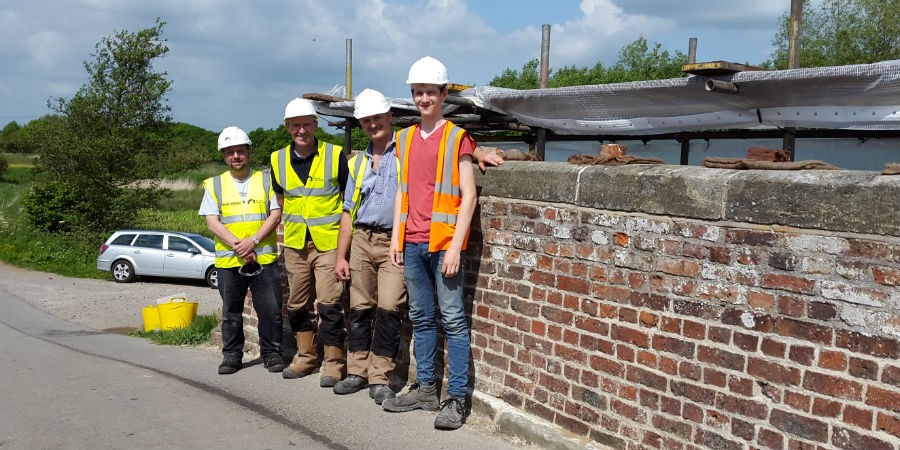 The time flew quickly between the end of the Church Bridge restoration in May and the start of the archaeology dig in June. Again, a team of enthusiastic volunteers and the knowledge of our friendly archaeologist Jon Kenny made this historical project a real pleasure to oversee. We found the warehouse we were expecting to see, and revealed hints of how it was constructed. Whilst we didn’t find too much in the way of ‘finds’, this does mean that we can continue the excavation next year, focussing on where the main doorframe would have been.

July and August saw our summer events programme with a focus on wildlife events, as well as a good deal of ‘behind the scenes’ effort in terms of researching and writing content for the new interpretation scheme. We also had some sunny (and some not so sunny) volunteer days to begin tackling the Himalayan balsam jungle near Coates Lock (sadly too much for one year).

September saw our first big project event at Canal Head, which was picked up widely by the media. It was a pleasure to see people out on the water at Canal Head in coracles, as well as taking part in our heritage trail.

The dredging team were back in November and December, to carry out the final phases between Top Lock and Silburn, and between Thornton Lock and Walbut Lock. The canal really does look like its been transformed in these two locations, as the reed sweet-grass really had covered the canal particularly near Top Lock. 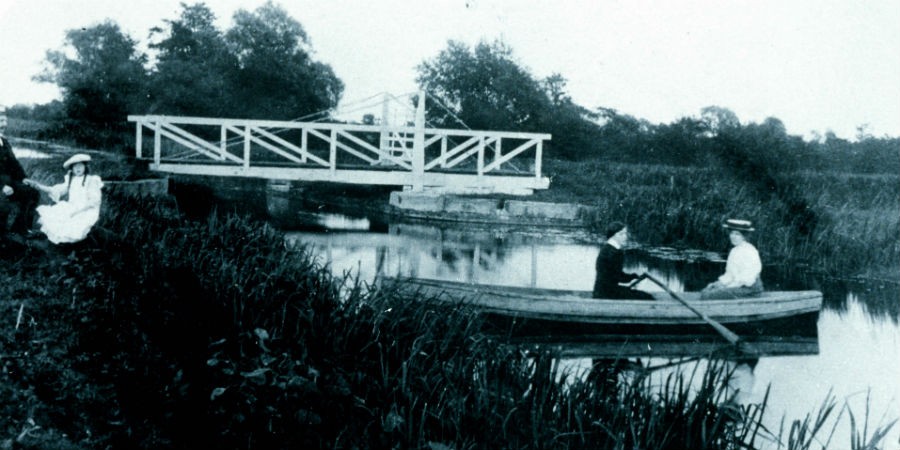 It won’t slow down in 2018… as I look at my notepad there’s milestones pretty much every month. Oral history is next, with a push to find volunteers who would like to help record memories, as well as finding participants who want to share those memories.

Pocklington Canal Amenity Society are busy on the restoration of Walbut Lock, and we’re teaming up to look for new volunteers to help broaden the visitor experience at Canal Head through leading guided walks. A photo competition is coming in April, as well as the historical exhibit in the Pocklington Arts Centre in June. Swingbridge 7 will see a dramatic change to reflect the heritage of the canal, and of course July sees the big one… with 28 and 29 July our bicentenary festival! 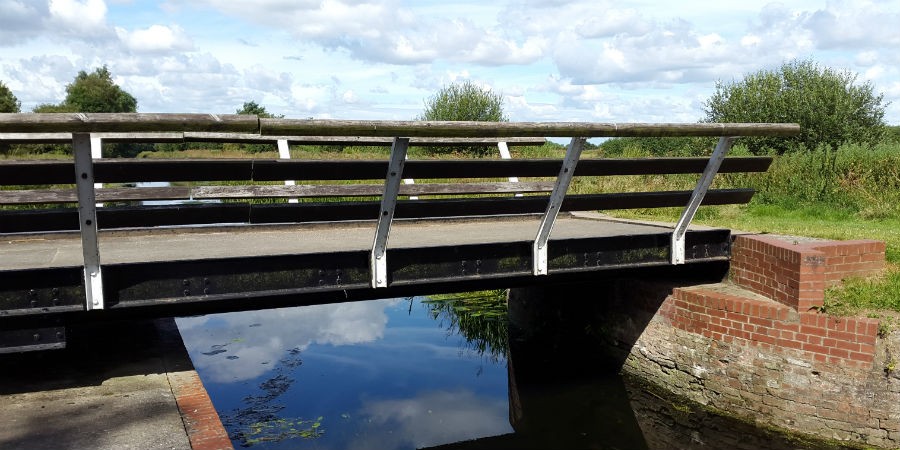