A major part of this project is habitat improvements within the Pocklington Canal Site of Special Scientific Interest (SSSI). Dredging is currently underway to create open water habitats in areas that have become dominated by reed sweet-grass.

Looking upstream from Silburn Lock during dredging in November 2017

As the Pocklington Canal SSSI lies within a non-navigable section of the canal, there has been limited work carried out to the canal along the length between Canal Head and Melbourne. In the 1980s, the canal was designated for its aquatic plants and invertebrate life (particularly dragonflies) which affords protection of the habitats from damage or neglect.

However, left to its own devices the canal has become more and more vegetated, through the process of succession. Reed sweet-grass has taken over sections of the canal which, if left unmanaged would see the canal dry out. In addition, this dense growth limits the light from getting to the bottom of the canal, which is essential for the survival of aquatic plants. Sadly parts of the SSSI are in poor condition, and needed improving.

As part of the application phase of this project, the Canal & River Trust’s Ecologist and Natural England’s Senior Land Advisor walked the length of the towpath to select the areas that would benefit the most from dredging. In late November 2017, specialist dredging contractors began work on the first of two sections. 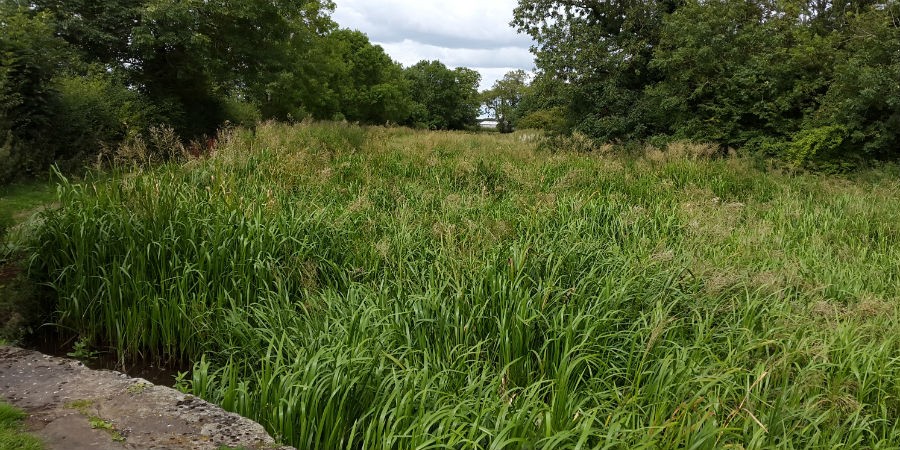 View looking up from Silburn Lock in August 2017 - compare this with the same view in the header image at the top of this page!

Top Lock (Canal Head) to Silburn Lock was the first section to be done, which saw a channel 4m across and 1.25m deep dredged to create a open water along the centre of the canal. In spring, when the surrounding ‘emergent’ vegetation comes back, we will see a clear channel surrounded by taller plants offering protection. 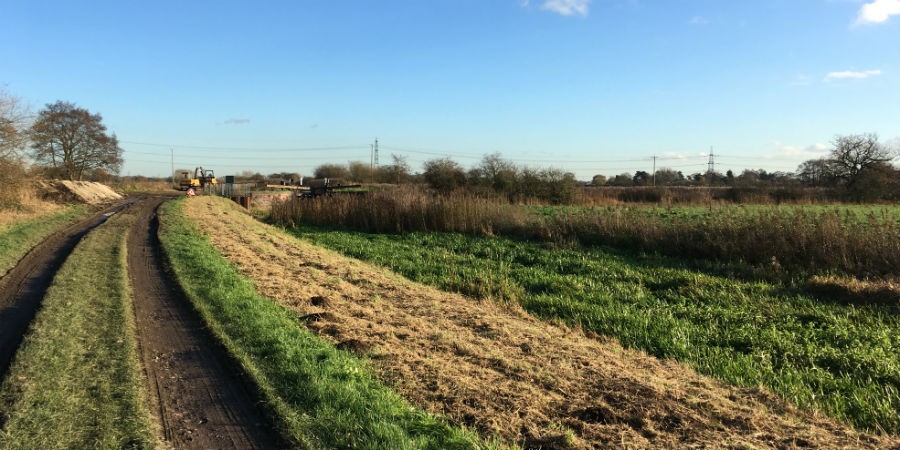 View looking upstream towards Thornton Lock in November 2017 before dredging

Land & Water are currently working between Church Bridge (Melbourne) and Walbut Lock. Day one was a rather snowy day across the country – but work didn’t stop! BBC Look North journalist Crispin came along to record the work in action for the evening news. 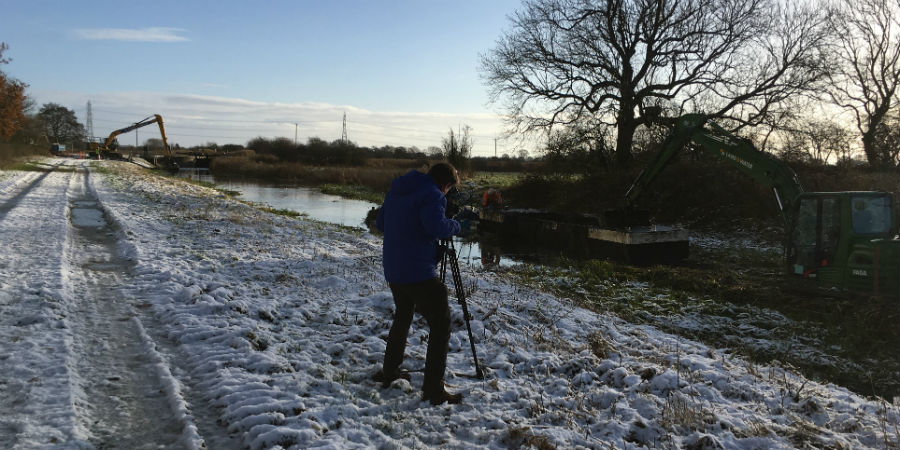 The work will continue for another month, with the team expecting to be done by the New Year. It will take a while for the fruits of this labour to become apparent, but we are monitoring the plant life within the canal through annual summer surveys will a local specialist naturalist in aquatic plants.