Archaeology on the Pocklington Canal

Between mid-June and early July 2017, 20 volunteers joined us on a community archaeology dig at Canal Head. Under the friendly supervision of Jon Kenny Community Archaeology, we excavated the remains of a 19th Century warehouse alongside the Canal Head basin.

We knew that this warehouse was built by Dennison sometime after the construction of the basin, and it is marked on old OS maps. However, the building was demolished at some point in the early 20th Century. There is an existing warehouse (now converted into a private home) on the opposite side of the basin, so we had an inkling of what it may have looked like. 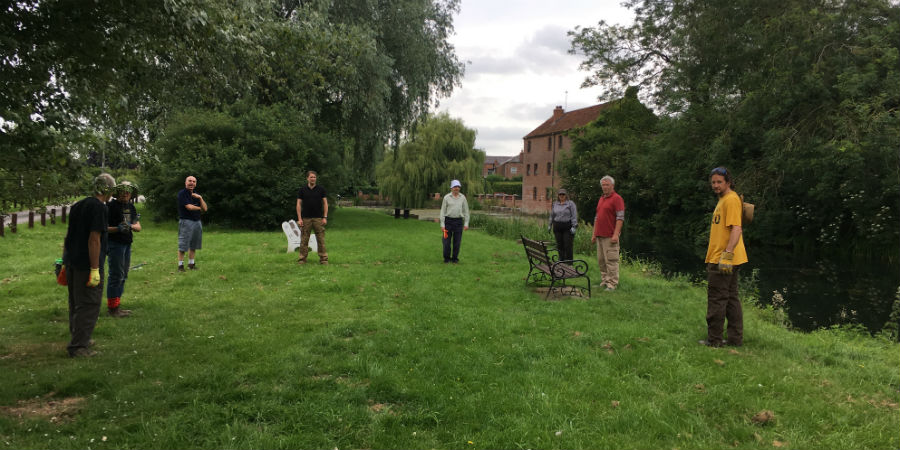 Before the dig started, Jon ran a Geophysics Workshop in May which included the survey at the proposed dig site. Jon also ran a Pre-dig Workshop to explain the basics of archaeology to beginners, and give more context to the dig at Canal Head. 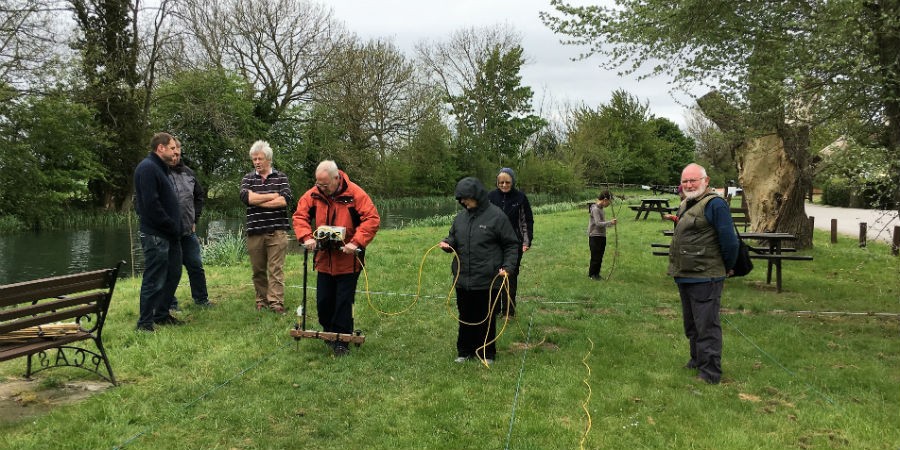 Day one of the dig was well attended, with eight volunteers joining Jon and myself to lay out the trench and remove the top soil. The outline of the building is fairly clear to see during summer as the grass grows thinner where the soil is shallower, so we quickly found the end wall.

The dig continued by looking carefully at the various layers, with recording carried out at every distinct new layer. Finds came in the form of many old nails and bits of metal, each carefully removed and brushed off. As part of this dig, Jon will be writing a formal report and we will follow up with a Post-dig Workshop at a later date. 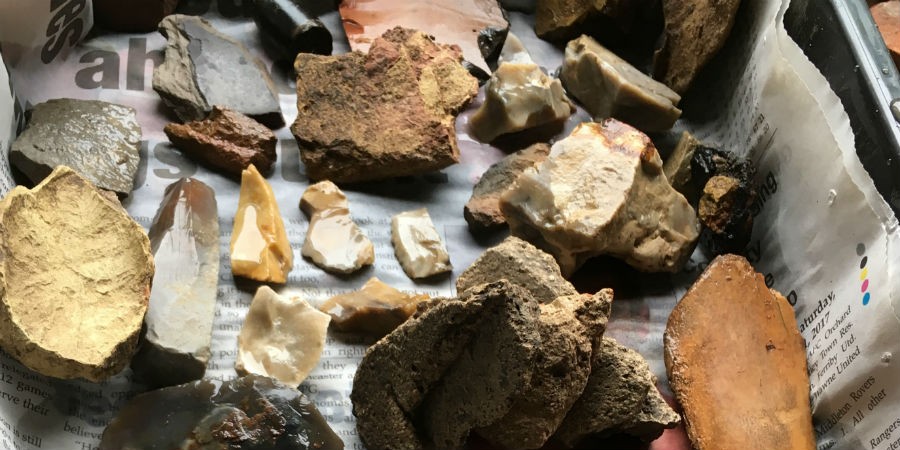 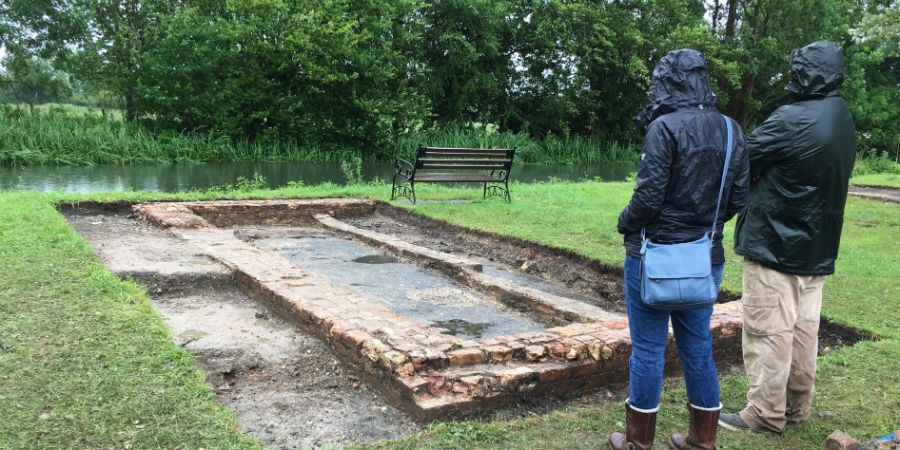 A distinct feature of the dig was the discovery of a clear layer of black coal dust. From the records, we know that the warehouse was constructed over a coal yard, so this was a great bit of evidence to back up the paperwork.

Keen diggers continued with slot trenches to see how far down the foundation walls went, which resulted in them going 11 courses of bricks down! 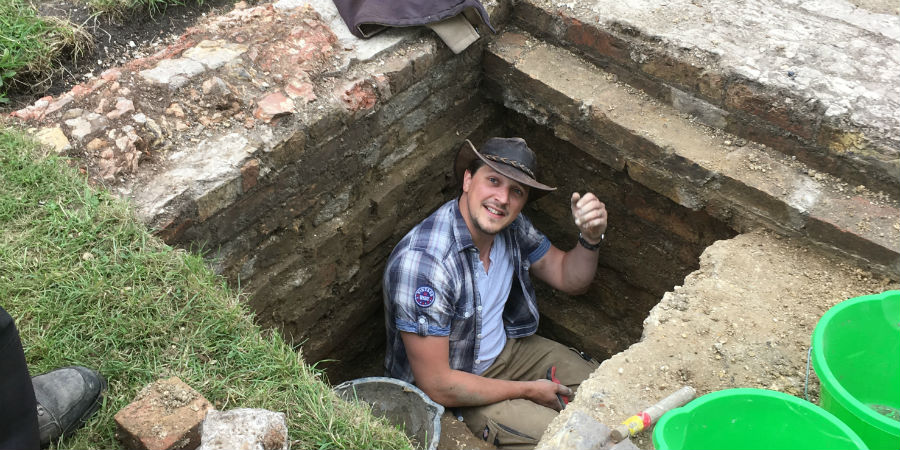 Passers-by were always interested in what was going on, with the weekend digs days run as ‘drop in’ days for members of the public – but we found on the whole people preferred to talk to Jon and let others get their hands dirty!

We decided to keep the trenches open until late summer 2018 to allow more people to take a look at this previously hidden bit of history. We’ll use a membrane during the colder months to protect the brickwork, but it’ll happily sit exposed until we recover it next year. This did however mean that the hard-working volunteer team had to spend a whole day shovelling soil into bulk bags – for which I am very grateful!