A wild weekend on the Pocklington Canal

In July we were joined by the Yorkshire Mammal Group and the Yorkshire Dragonfly Group to look for wildlife along the Pocklington Canal during two wildlife workshops.

In search of dragons

Despite the morning's downpour, five intrepid people joined Martin Roberts of the Yorkshire Dragonfly Group for a Dragonfly Workshop on Saturday 22nd June.

Thankfully the weather cleared, and YDG members used their expert sweep netting skills to get a closer look at some of the slender damselflies that were flitting across the towpath. Binoculars were a must to see the chunkier dragonflies patrolling their territories along the canal. 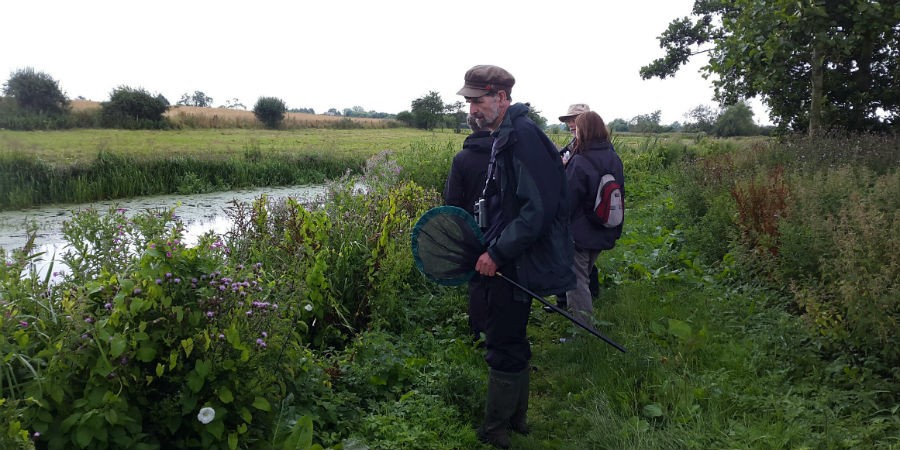 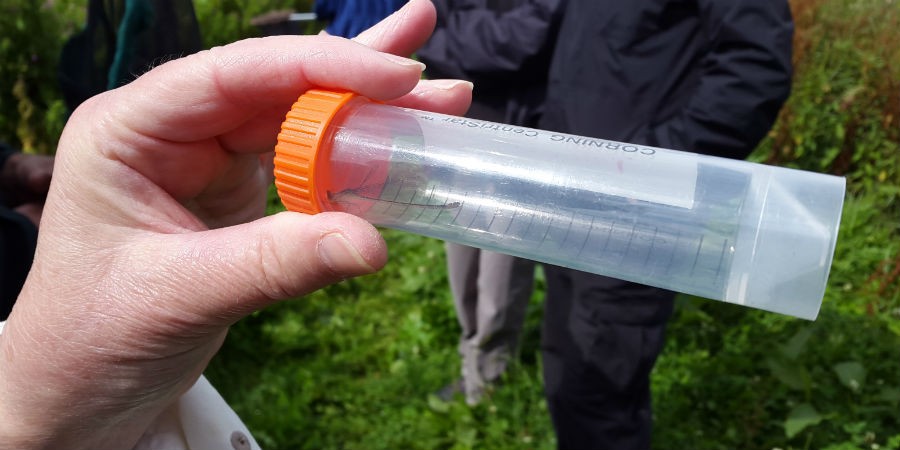 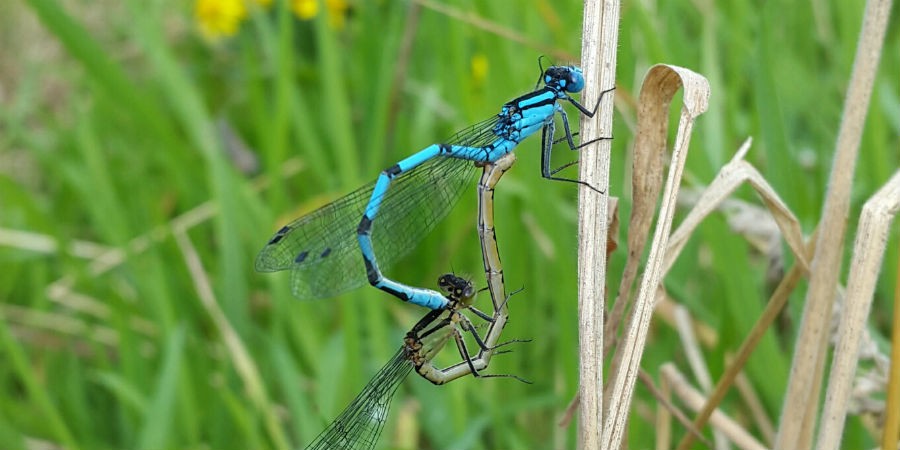 (On a somewhat sunnier day I was able to use my new found skills to idenitfy a pair of mating common blue damselflies!)

The rain stayed away for Sunday 23 July, when Ann Hanson of the Yorkshire Mammal Group joined us to lead a Small Mammal Trapping Workshop, with nine people keen to see the furry residents of the canal up close.

Ann and her husband had been out the night before, putting down 50 Longworth traps filled with bedding and food to tempt mice, shrews and voles to a free bed and breakfast.

Trap one came up trumps with our first resident – a bank vole. Ann showed us how to gently transport the vole out of the trap and into the weighting bag, before moving him across to a viewing box for a succession of photos! 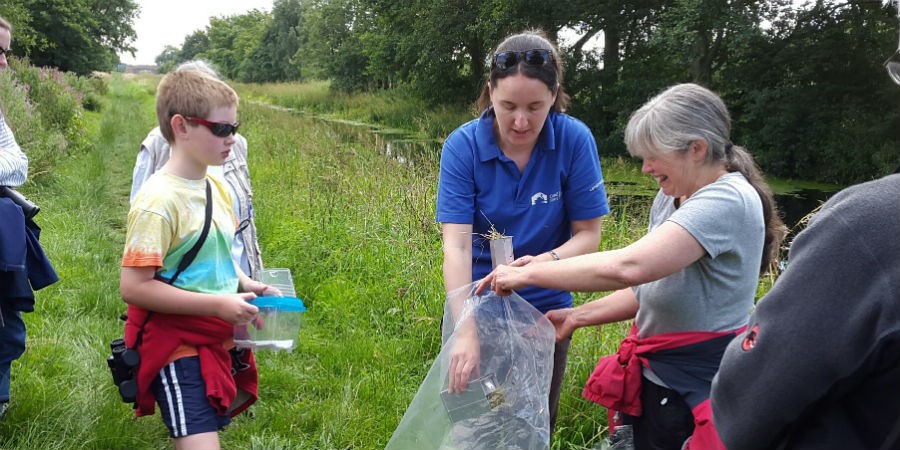 Everyone then had a chance to reveal the residents of the traps, before releasing them back into the wild. 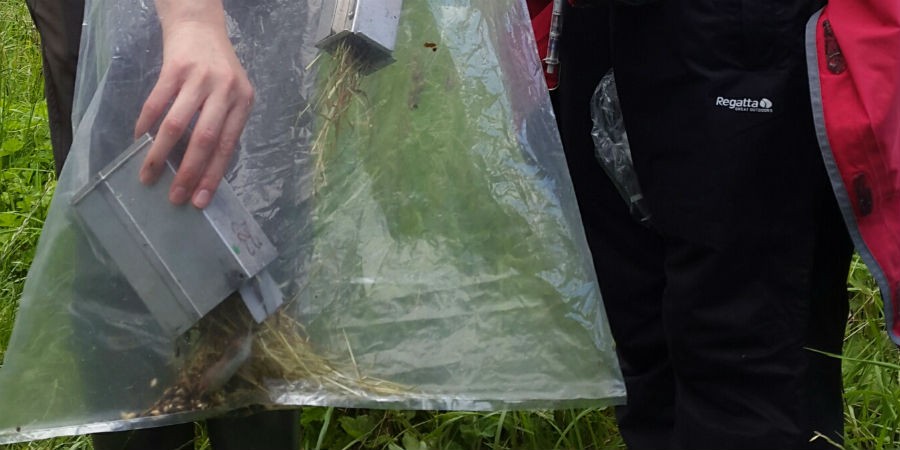