Our London towpaths are more popular and being enjoyed more than ever before. We are transforming over 16 miles of towpath between Paddington and West Drayton, working in partnership with Transport for London under the Cycleways (previously Quietways) programme.

People on the towpath

The work will bring huge benefits to everyone visiting and enjoying West London canals.

Why we’re doing this

In 2014, we asked people about how towpaths across England & Wales should be improved and received a huge response. Three priorities emerged, now forming our Better Towpaths Policy:

We’re already delivering better signs across all 2,000 miles of towpaths and our ‘Share the Space, Drop Your Pace’ behaviour campaign is now established nationally as a way to encourage good behaviour and respect for all when enjoying the waterways.

We painted duck lanes on towpaths across England and Wales to highlight the narrow space available for everyone – and every duck – to share. 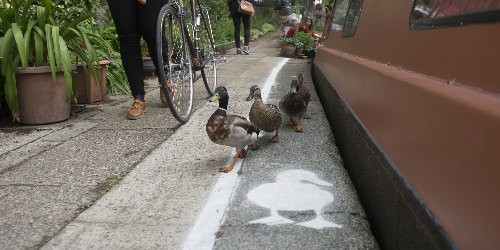 We introduced special polite zones for people to embrace good old-fashioned manners across the busiest stretches of towpaths. The aim is to encourage people to ‘smile and say hi as you go by’ and to remember that they are entering ‘a hat tipping zone’, a nod to times past when people tipped their hats or doffed their caps as a sign of respect or merely as a greeting. 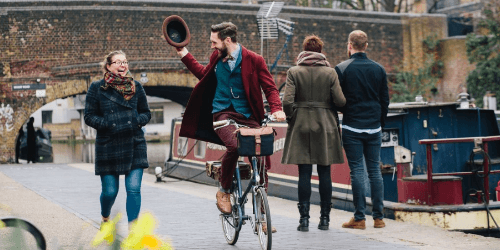 We also enlisted the help of our very own sleeping policeman, Bobby, to remind everyone to take it slow and enjoy the towpath and allow others to do so safely too. 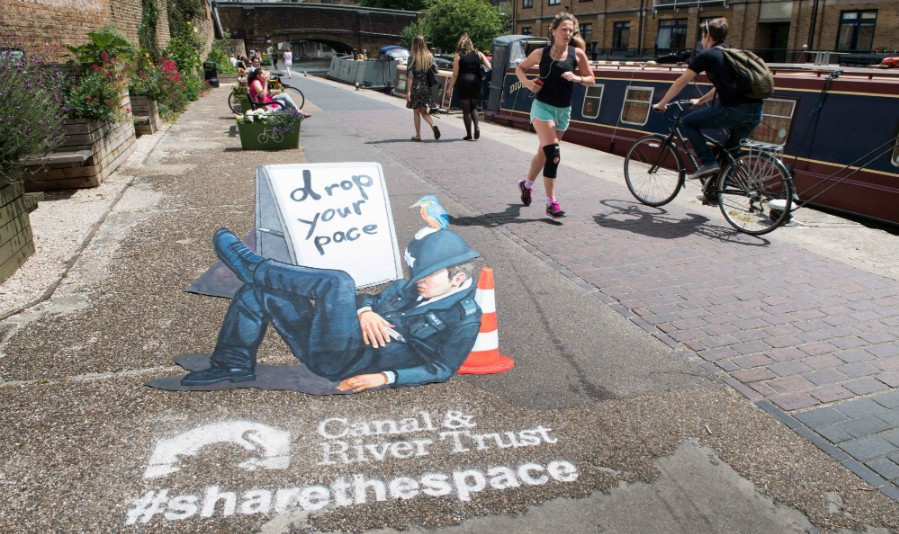 In 2016, we agreed a delivery programme of infrastructure improvements with, and funded by, Transport for London as part of the Cycleways (previously Quietways) programme.

We held a series of drop-in events on our floating visitor centre, 'Jena', for people to find out more about the proposed improvements and the benefits they will bring. See the exhibition boards about the project.

Getting rid of the muddy puddles

Following feedback from stakeholders, the design work was completed for the towpath and access improvements and these improvements are underway. See a detailed map of the changes.

Improvements are currently in progress on the towpath between Hayes and Stockley Park (see ‘Upcoming improvements’ below). The remaining improvements will be delivered through to 2021 to 2023. 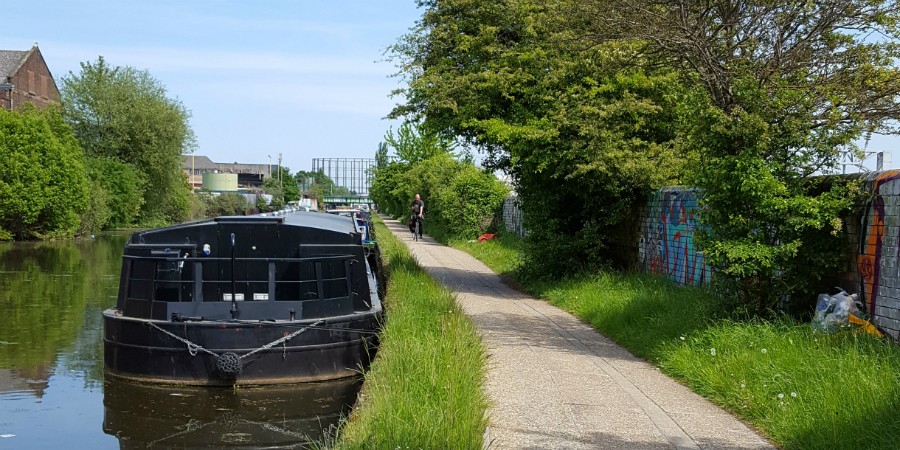 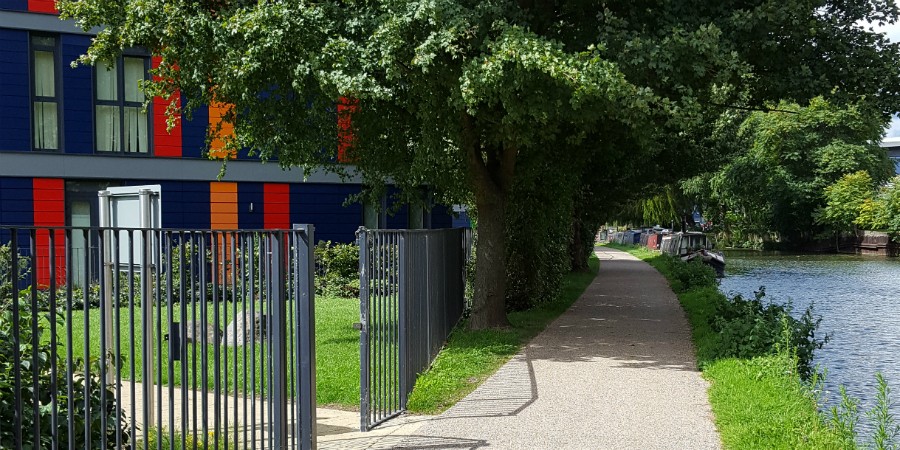 Get involved and give us your feedback

Find out how you can get involved in the project and looking after the West London Canals – love your canal and it will love you back! With help from Transport for London we'll be able to transform the towpath of the Grand Union Canal and Paddington Arm, but keeping it neat and tidy is down to the Trust - and we rely on YOUR help and support to do this.

You might be part of a community group wanting to create a towpath garden, to adopt a stretch of towpath or even to volunteer for the Trust. There is more information about all of these opportunities in our volunteering section. If you have ideas about how you can help with Quietways, we’d love to hear from you. Please do email us at Quietway@canalrivertrust.org.uk

We're continuing our planned programme of towpath and access improvements on the Grand Union Canal to bring better towpaths to West London.

Improvement work is underway in various locations on the Grand Union Canal and Paddington Arm. The towpath improvements are replacing existing gravel surfaces of varying widths with a smoother, wider and more level surface.

Between Printing House Lane in Hayes and Old Stockley Road near Stockley Park we replaced the rough gravel towpath surface with a smoother, wider and more level surface in 2020. We're now returning for a few days in July to lay a coat of a natural stone chip on top. During the improvements, the towpath and access points will need to be closed with diversions in place and moorings may be temporarily disrupted. More information can be seen on our Notices and Stoppages page.

Portobello Dock access point improvements (Ladbroke Grove) are largely complete, with a further brief period of closure and a short diversion route to be scheduled this summer. Again, please refer to our Notices and Stoppages page.

Improvements are now complete between Alperton and Southall, completing the planned towpath improvements on the Paddington Arm (with directional signs to follow), and between Stockley Park and Trout Road Yiewsley.

The remaining improvements between Hayes and Bull’s Bridge and at Horton Bridge Road access point will be carried out (subject to funding) between 2022 and 2023.

More project updates will be provided here through the course of the improvements. If you have any queries or comments in the meantime, please email us at Quietway@canalrivertrust.org.uk

Cycleways are routes that link communities, businesses and destinations across London in one cycle network. They used to be called Cycle Superhighways and Quietways. Transport for London (TfL) and its partners are creating 450km of new Cycleways by 2024 so that more Londoners will live near the cycle network.

Quietways link key destinations by following backstreet routes, parks, tree-lined streets and also our waterway towpaths. They were established by TfL, the London Boroughs, The Royal Parks and the Canal & River Trust to create a network of quiet cycle routes throughout London. Quietways are being incorporated into the Cycleways network.

A Cycleway (Quietway) route is being provided along the Grand Union Canal between Paddington and West Drayton. This will bring significant towpath improvements, including better surfaces, wider paths, improved access points and more helpful signage, benefitting not only cyclists but the wide variety of visitors to our waterway. The route will provide a quieter, traffic-free route, creating a much-improved environment for cyclists who want to travel at a more gentle pace.

Learn more about Transport for London’s Cycleways programme across the capital.