The launch of the National Canal Research Network

We've appointed our first ever honorary research fellow to increase awareness of the rich social history of our canals and rivers. 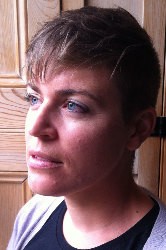 Dr Jodie Matthews, from the University of Huddersfield, will work with our museums and archives, and alongside canal researchers and industrial historians, to promote greater public appreciation, new research and understanding of the importance of Britain’s waterways.

Changed the face of Britain

Graham Boxer, the Canal & River Trust’s head of museums said: "The National Waterways Museum collection and archives tell the stories of the people who lived and worked on our waterways – from celebrated engineers to anonymous bargees and navvies – who changed the face of Britain.

These people literally made history and we want to work with more researchers, academics and universities to make these stories more accessible to a wider audience. We are delighted to have Jodie on board, on a voluntary basis, as our first honorary research fellow."

Jodie Matthews is a Lecturer in English Literature at the University of Huddersfield. Her research explores the way in which canal figures contributed to conceptions of the nation in the 19th century, and how those ideas inform our thinking today. Jodie is committed to undertaking academic work that brings new perspectives to heritage and other settings.

Jodie has begun to establish a new Canal Research Network, bringing academics, heritage professionals and enthusiasts together to talk about new approaches to exploring waterways history and research. At the same time Jodie is one of a team advising on the new designs of the National Waterways Museum - Gloucester.

Jodie Matthews said: “The intention of the network is to bring rigorous research perspectives on canal and river histories to the Trust’s work in its museums. We also aim to create new relationships between the Trust and other networks with interests in the waterways history, leisure studies and marine engineering.

"My first contact with the Trust was when I examined the waterways archive, based in Gloucester at the time, thanks to a Scouloudi Foundation award and I am delighted to be back working on the redesign of the new exhibitions due to open in the Summer.”

The fascinating day out for the whole family...