Youngsters from St Mary’s Primary School in Middlewich enjoyed a chance to be engineers for a day, when they donned hard hats and high vis jackets to see a rare canal breach on their doorstep.

Andy Johnson, one of our project managers, who is overseeing the repair works, took a class of year six children to see the giant hole which appeared in the canal after an embankment collapsed on the 200-year-old Middlewich Branch of the Shropshire Union Canal on Thursday 15 March.

In preparation for the site visit, staff visited St Mary’s to explain the project at a school assembly in early May and after half term will be returning to discuss the children’s engineering solutions.

Ani Sutton, an engagement manager with the Trust, explained: "A canal breach of this magnitude is a very rare event so we are keen to create as many positives as we can out of the setback. We have hosted a number of community groups at the site and the emergency work has been a brilliant opportunity to enthuse local schoolchildren about engineering and the amazing canal they have on their doorstep.

"The youngsters loved getting dressed up in the safety gear, like real civil engineers, and who knows, we may have inspired some to try engineering as a career. It certainly strikes home the challenge of maintaining a man-made canal network which is around two centuries old." 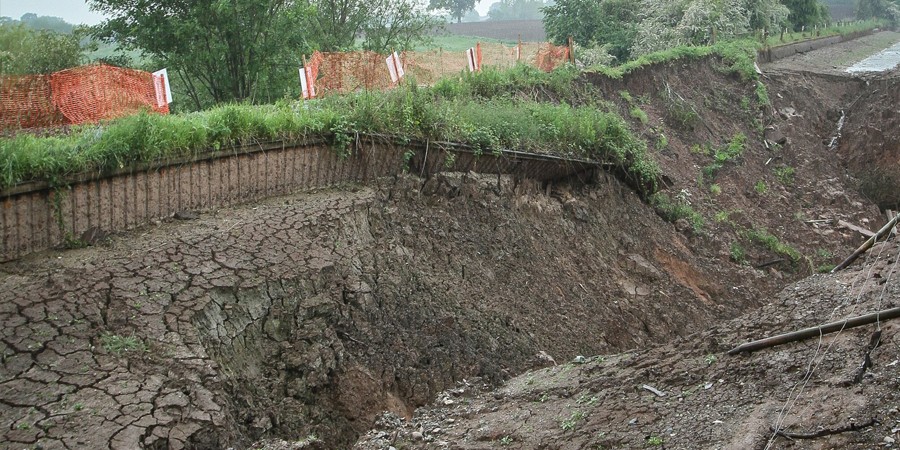 We've launched an emergency appeal towards the extensive repair works which are likely to cost around £3 million. More than £25,000 has already been raised towards funding the project which will take several months to complete.

Andy Johnson explained: "Our emergency response started the day after the breach happened to make the site safe by removing debris blocking the River Wheelock, installing dams either side of the breach, removing dangerous trees and rescuing stranded boats. Since then a temporary access road and construction site compound have been established next to the breach and an access route along the canal bed is being constructed.

For more information about becoming a Friend of the Canal & River Trust or donating to the Emergency Appeal, please go to canalrivertrust.org.uk/donate or alternatively text LEAK515 to 70070 to donate £5. All donations go directly to repairing the canal.