We're calling for motorists to slow down when crossing historic canal bridges after completing repairs to Barrow Bridge over the Trent & Mersey Canal.

The bridge parapet, or wall, was damaged by a passing vehicle in the summer of 2017 and over the past two weeks the Trust has been working to rebuild it. Due to the narrow width of the bridge the road has had to be closed throughout the works causing disruption for people living and working nearby.

It’s not the first time that the bridge has been hit and it is believed that the damage is being caused by HGVs and other large vehicles crossing the bridge as they try and negotiate the tight turn at the junction between Sinfin Lane, Deep Dale Lane and Moor Lane. The Trust is particularly concerned that some vehicles exceeding the 7.5 tonne weight limit for the bridge are ignoring the weight restriction and could be causing further damage. 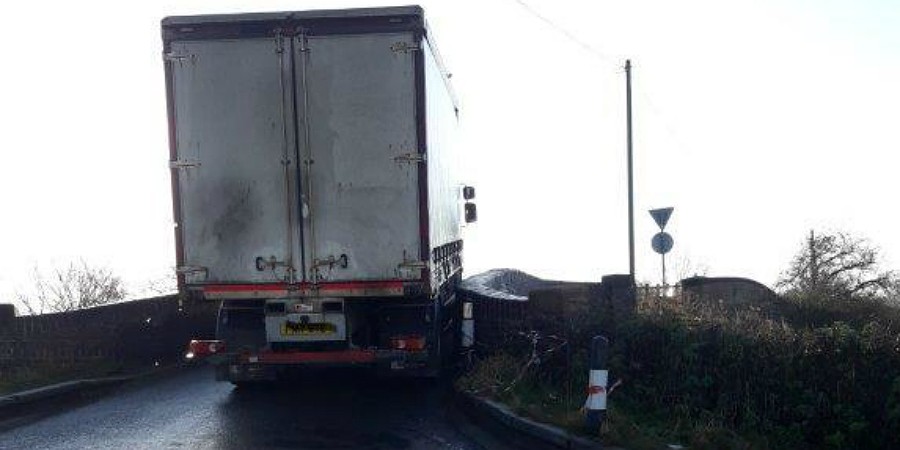 In the most recent case the driver was never identified leaving the charity to pick up the bill for repairs – expected to be in the region of £9,000. Repairs to individual bridges in the past have cost the Trust as much as £30,000.

Matthew Pickering, engineer for the Canal & River Trust, said: “Bridges such as this are such an important part of the canal’s character and the area’s history. Each time a bridge is hit a small bit of history is lost and it is heart-breaking for us to spend so much time and money caring for these amazing structures just to see them so carelessly damaged. It’s also massively frustrating for local people who want to use the road.

“Over the last year we’ve had to spend over £1million across the country repairing bridges hit by drivers and that’s money which could be better used maintaining and looking after the region’s canals.

“If motorists just slowed down a bit and took more care and attention then they would save themselves and us a lot of cost and aggravation, and protect the nation’s important canal heritage. It’s also really important that people respect the weight limit of the bridge and, if they exceed it then we’d ask them to please find an alternative route.”